Source: A Poll Asked Military Members How They Felt About Hillary — And Here’s What They Said

Source: A Poll Asked Military Members How They Felt About Hillary — And Here’s What They Said

Obviously not a Gallop Poll!  One that is accurate!

They were stuck overnight.

Source: This man and his dog were stuck on this roof in Missouri and the dramatic rescue will make you want to cheer

I have seen some locations flooded worse, but never seen flooding so wide spread across the state. 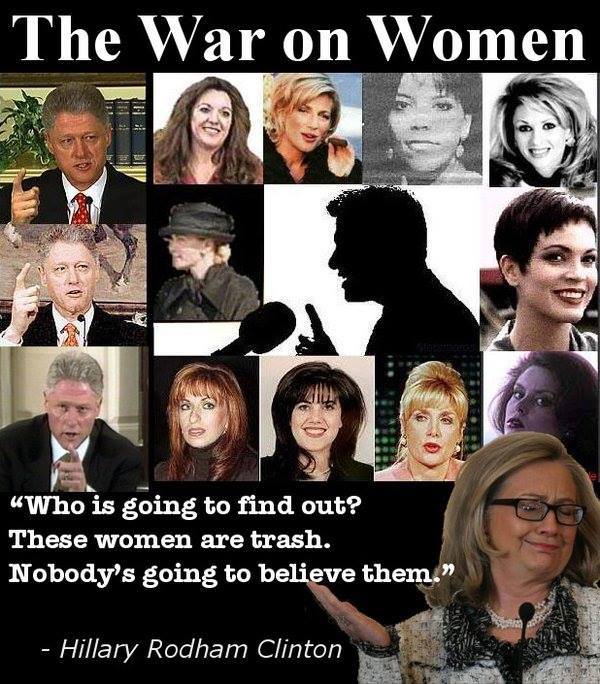 They just won’t go away will they Hillary?   Will guess what, we do believe them.   Slick Willie has a history, can’t keep it to himself, you know what I mean!

Hillary seems to suddenly have a solution or a plan for every political topic she’ll encounter.  Its her typical campaign BS.  “I have a plan.”   We just never know what the plan is, except taking your guns away,  she has no plan on how, and she won’t deport illegal immigrants.   That is Hillary’s plan, do nothing.

If there are enough crazy, mental voters out there to actually elect Hillary to the Big White House, will Hillary have a plan, a plan to keep more trashy women (her words not mine) from entering the White House to mingle with Willie?  Does Hillary have a “Control Bill Plan?  I think not, if she has it hasn’t worked, dating back to whenever, probably since they started dating.  Hillary’s only answer is to cover-up, cover-up Bill.   She just can’t keep him from getting under the covers.

Yes, Bill Clinton is fair game on the campaign trail.   Why would we give the Clinton’s anymore free passes?

Mark Krikorian is the Executive Director of the Center of Immigration Studies.   On the Kelly Files (Fox News), Wednesday evening, Krikorian addressed the 2016 Obama plan to increase DEPORTATION.

Up until now, and its an I’ll believe it when I see it deportation plan, Obama has done nothing to return illegals or for that matter prevent additional illegals from crossing over.  I am skeptical, it sounds more like a bogus, phony plan.  That is more par for the course for the Obama administration.

Krikorian believes, and why wouldn’t he, that this plan is nothing but politics and the purpose for executing it now, if in fact it actually is executed, is to help Hillary win the Democrat’s nomination for president.  According to Krikorian, illegal immigrants are entering the United States in massive numbers.   To add to that, the number of illegals entering with children has doubled recently from a year ago.   Those coming across know that Obama will not deport them if they are in the company of children.  Hillary won’t deport ANY illegals.  NONE!   This won’t look good to voters during primaries, so inject a phony plan to increase deportation.   Krikorian believes the number of deportations within this plan will only amount to a couple of hundred.   Wow……..that’s a significant number!   Problem is, more than two hundred are entering illegally everyday.  Therefore the number of illegals entering our country will only continue to rise.  Hillary Clinton is okay with this.

Hillary Clinton has no intention of enforcing the laws on illegal immigration if elected POTUS!  That isn’t surprising coming from a law-breaker.  Hillary has no respect for the law, and sets her own rules, nothing else applies to her.   Hillary lines up with the policies of Obama.  Hillary isn’t Obama’s first choice to follow him into the White House, but he understands she is a certainty to win the nomination (unless she is jailed); he will do what he can to get another Dem elected, even if its Hillary.   They are after all both students of Saul Alinsky.   Birds of a feather!

Federal officials were monitoring 19 vulnerable levees on the rising Mississippi River and its tributaries, warning that hundreds of homes in Illinois and Missouri could be threatened by a rare winter flood.

A River Runs Through it!

Photo of a McDonald’s flooded by heavy rain:   I grew up in Union, was an alderman back when this McDonald’s was built and first opened.   It was a bit of a struggle just to get approval for this business to go in, due to the location, near the river and being in a flood plain.   What you don’t see because of all the water, there is a canal that surrounds this McD’s and it’s parking lot.  The canal was to ‘help’ prevent something like this from happening.  The Bourbeuse River is back just behind the tree line.  There is also a creek, Flat Creek that is nearby that meets the Bourbeuse, the creek runs behind the house I grew up in.

Nearby there is a Dicky Bub’s and Quick Trip next to some soccer fields.  Before the Dicky Bub’s it was a Wal-Mart, which relocated.   The lots next to the soccer fields were never supposed to flood, according to the Army Corp of Engineers.  This isn’t the first time.  In 1993 and years prior to that it flooded.   They don’t take into consideration it is called a 100 years flood plain for a reason.  Trouble is the 100 year distinction isn’t accurate either.   It seems it is more like a 10 year flood plain.  Oh the price of development.

I haven’t lived in Union for more than 17 years now, but I understand what they are dealing with, like many communities from the recent rain, storms and tornadoes.   Union will survive this, they always do, unfortunately they always play a waiting game with the weather.   Union lies in a valley, with the Bourbeuse running through it, and it’s creeks that feed into it.

My heart and prayers go out to Union, and other communities fighting Mother Nature. 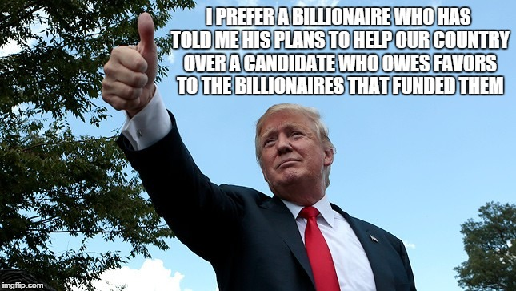 Don’t believe it?  Crazier things are possible and have happened!

Source: Scorned Trump Turns On the Man They Once Loved

I can see Trump turning on Gowdy.   He didn’t follow through with Benghazi, only slightly and lightly went after Hillary for the deaths and email mess.   Gowdy became a disappointment.   It was all for show, but in the end the political establishment, are those in power on both sides, they are the same team.  Their opponent is We the People.