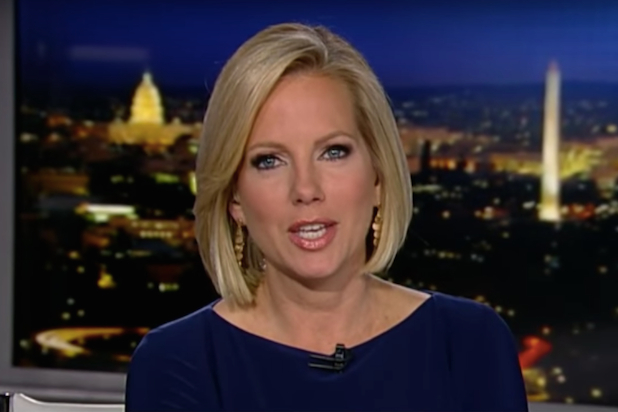 Is it just me, but does Shannon Bream of Fox News talk extremely fast?  Too fast?   I quite often have a difficult time following what she says, her speedy mouth run the words together.   I have hearing aids that adjust to the sound of the TV set, but man,  slow down girl.

I wrote an article years ago about the Chicago Democratic Socialist Party of America, and how they supported Obama in his years as a State Senator in Illinois. Actually, I wrote numerous articles about Obama.I think that this is the perfect time to bring back one of these pieces. It will help to refresh the […]

via As the Democratic/Socialist Party Gears Up for 2020 With Their Lies: It’s the Perfect Time to Revisit the Reign of Barack Hussein Obama – Absolute Truth from the Word of God(this is a well written article) — Trump:The American Years

Was that what that was last evening?   A debate?   It was more like a bitch (verb, not a noun) party.   Lots of moaning and groaning going on.   A lot of blaming Trump for crap that happened during Obama’s Administration; and a lot unsaid!

Lots of promises by all for free stuff.  Yeah free as they say.  Nothing is free, that is what these people don’t get, or yes they do get but just want to convince you (deceit/lie) it is free to you.   Somebody pays, and if not directly, through increased taxes.  Will who is there to tax but the greatest social class, the middle class.

Get this, they want to give tax breaks, credits to the middle class.   That sounds really good doesn’t it?   Freaking great!  The math just does not add up……..except for a negative, a large negative.

Lets see the math, and we don’t need to put any numbers in it just yet while it is still hypothetical, but you should get the picture.

Medicare for all,   FOR ALL, so we the middle class will have to pay for it, there are still unemployed people and low income folks, will have to be funded by raising TAXES (Bernie even admits this), since the Upper Class is much smaller than the Middle (you get it):  Oh and yes they want healthcare for ALL the illegal immigrants as well:   that’s a big negative

Free public college tuition:   Dah!  Do you know of any professors that will work for free?  There are books?  College housing and food?  Electricity?   We’ll end up paying for their sorority parties as well.   MORE TAXES, where the hell else will it come from?:  Big negative

Open border, yes they want an open border; when you say healthcare for all immigrants, the flood will continue in massive numbers, Mexico can’t hold them off for ever.   They’ll need (in order to keep it humane), beds, housing, immediate medical attention, clothing, toothbrushes, Listerine, free marbles for recreation, condoms, and food!   We are overwhelmed, but hell let’em in.  Kamala Harris, we’ll direct them to your neighborhood.:  bottom line MORE TAXES………ANOTHER HUGE NEGATIVE!

You get the point and I know the Democrats are planning more freebies than this, I just can’t remember them all or have time or room here.  So here is the math, all you need:

One positive, lets call it a credit!

Four negatives, lets call these debits (debt)!    One plus minus four = minus three   (negative three).    More money out of your pocket.   Lots of money out of your pocket.   Then as good socialists do, they’ll bitch that your hourly wage hasn’t gone up in 10 years.  Bernie!   What he really means is DAMN YOU, the more you make the more we take!  Rest assured they’ll add on the additional taxes whether you make more or not.   They’d have to for you and I to pay for this FREE this and that.   Folks, this is socialism, and this is where the Democratic Party operates from, and IT AIN’T JUST BERNIE!  It is every damn one of them.

Think of the millions of illegals here now.  Think of the thousands still sneaking through.   The American Socialists (AKA the Democratic Party) want to give them all healthcare, which only you and I can pay for (though WE CAN’T) via their almighty TAX tool.  They don’t care about the thousands of homeless legal citizens, which include veterans.   They want those illegals to vote, that’ll be next, voting rights for people that are currently undocumented.  Who will they vote for, why the ones that promised them all these benefits.   Don’t give me this BS about the illegals contributing and paying taxes to help us Middle Class citizens flip the bill.   Their incomes will be low, hardly taxed.

The Socialist are built on deceit.  Promised lies.   Look at Venezuela.   And if these immigrants have so much talent and would contribute to make our country better, why didn’t they stay in their native countries and make them better?   Oh yeah, because they were living under socialism there.  They were meant to be kept in poverty.  They are just moving it from one location (South America +) to another (the U.S.).   Soon, America will be a nation of massive poverty.   Oh, the Soros, Obama, Biden and Hillary plan; it has spread to the entire LEFT, (the Dems).   As they would say, “It’s a movement”.

Hillary back then as a future candidate (again) knew about these child abuse complaints at the southern border.   Today she is shocked, horrified, blames Trump; when it all started under Obama.

Originally posted on Truth2Freedom’s Blog: To hear the Democrats tell it, President Trump likes to put children in cages. “I’ll never forget this, because it was the moment I saw with my own eyes that the America I love was becoming a nation that steals refugee children from their parents,& caged them,” Rep.…

via KOMMONSENTSJANE – Obama’s Immigration Chief: It Was OBAMA, Not Trump, Who Was Responsible For So-Called ‘Cages’ — The Gateway Pundit. — kommonsentsjane

Elizabeth, you lead the way!  You be the first to knock!  Start in the midwest!  Oh, this proves you have ZERO Native American blood.  NONE!

She comes out with something wild everyday.   Elizabeth just like the rest of the Democrats is a SOCIALIST.  Hey, but she is trending!

JFK would be ashamed of this party today.

He doesn’t mean it.  So help me God?   Soros doesn’t believe in God, he thinks he is God.

Deal with Soros, arrest him, put him away, once and for all and see how things begin to change.   He is a creator of destruction.