By Richard Pollock Reporter The Daily Caller . Hillary Clinton did two huge favors for Morocco during her tenure as secretary of state while the Clinton Foundation accepted up to $28 million in donations from the country’s ruler, King Mohammed VI, according to new information obtained by The Daily Caller News Foundation Investigative Group. the […] […]

“……and Hillary if you don’t win the Presidency, you’ll have to pay us back!”

Hillary is calling in her chips, her favors from all the other corrupt politicians and office holders in Washington.  What do those latest emails from the Weiner household really include?  Mass exposure of Washington corruption?   Hillary has called on the likes of Harry Reid to trash FBI Director James Comey for announcing they have re-opened the Clinton email investigation.

Reid, that straight arrow senator, has said “Comey may have broken the law”.    Harry Reid, like party leader Hillary Clinton, doesn’t know the difference in lawful and unlawful. Sounds like everyone in Washington is in panic mode, fearful of what may be revealed.   They are in joint conspiracy fashion, desperately COVERING-UP for Hillary, and their own asses!  No wonder the same First Lady that trashed Hillary as unfit for the White House during her husband’s campaign, is prancing around the country singing her praise.   Barack, how much do you really know?   You’ve lied before, often!  This, may be the biggest exposure of the Washington political filthy establish in the history of our country.  Obama’s and the Clinton legacy; the Clinton Crime Syndicate! 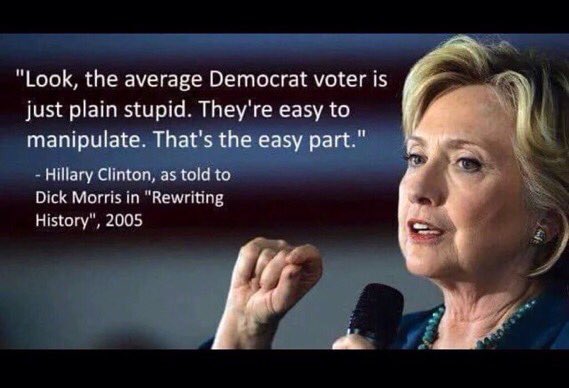 via FBI JAMES COMEY PROSECUTED MARTHA STEWART FOR LYING TO FBI – BUT SPARED HILLARY CLINTON BECAUSE EVERYTHING SHE TOUCHES BECOMES CROOKED JUST LIKE HER? — 70news

THE “UNCHANGE” WE NEED! The Next News Network Justice Department Obtains Warrant to Review ClintonAide’s Emails

I thought the Dark Ages had passed centuries ago.   I can not imagine a time where it was darker than today.

C for Classified:   C for competence:      Hillary deleted both!

From the Cornell Law Library –  Kommonsense

federal law, Title 18, Section 2071. For those of us who do not have United States code code committed to memory,

“(a) Whoever willfully and unlawfully conceals, removes, mutilates, obliterates, or destroys, or attempts to do so, or, with intent to do so takes and carries away any record, proceeding, map, book, paper, document, or other thing filed or deposited with any clerk or officer of any court of the United States, or in any public office or with any judicial or public officer of the United States, shall be fined under this title or imprisoned not more than three years, or both.

(b) Whoever having the custody of any such record, proceeding, map, book, document, paper or other thing, willfully and unlawfully conceals, removes, mutilates, obliterates, falsifies, or destroys the same shall be fined under this title or imprisoned not more than three years, or both; and shall forfeit his office and be disqualified from holding any office under the United States. As used in this subsection, the term “office” does not include the office held by any person as a retired officer of the Armed Forces of the United States.”

Hillary is not just careless, she defies law.   She has never been held accountable.  Stupidity is not carelessness, it is incompetence.   It is time she is held accountable.   I don’t care that it was a year ago, a month ago or 10 days before the election.   That people, is on her. She brought her own woes on herself.   She should not have been allowed to run for president.  She should have been indicted for placing our national security at risk.

Hillary Clinton lashed out Saturday at the FBI’s handling of a new email review, calling their actions just days before the election “unprecedented” and “deeply troubling.” Continue reading →

These are the words of the guilty……..I DIDN’T DO IT!    Yes you did, and you have for a long, long time.  Is history catching up with Hillary and the Clintons.   Where is Bill?  Not defending your wife?  What husband would leave his wife out to dry…..to hang?  A Clinton, that is who!