Arizona State Hikes Tuition Dramatically, Yet Pays the Clintons $500,000 to Make an Appearance.

Education is important to Hillary and Bill Clinton.   They’ll accept (require is more like it) $500,000 to open their mouth and spit out their garbage.   If education was so important wouldn’t you accept less (much less) money and leave the difference to promote better education? 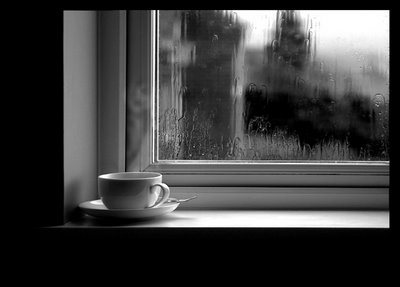 Enjoying a morning cup of coffee, looking out at another gloomy, rainy day.  Then the vision of flooding Texas, it’s a beautiful day after all.   I pray the rain stops today in Texas.

This video from the USA says about itself:

What is the Trans-Pacific Partnership?

You may not have heard of the biggest trade deal in recent US history — and that’s the way world governments like it. So what is this thing? Why should it matter to you?

From daily News Line in Britain:

WASHINGTON — The nation’s most powerful labour leader, vowing to defeat President Obama’s key trade legislation in the House next month, warned Hillary Clinton of serious political consequences if she fails to take a stand against the Pacific trade pact that the president is campaigning for as a major part of his legacy.

Richard Trumka, president of the AFL-CIO, predicted that no more than 20 House Democrats would vote for Trade Promotion Authority, the ‘fast-track’ bill…

Two monkeys enter a bar and……….. Don’t you see some moron that owns a monkey (which would make the monkey a slave would it not) upon the apes 16th birthday take him/her to the DMV to get a license.

Oh my goodness, my purpose for writing this post was to make a point that the Attorney General of the U.S., Loretta Lynch was aggressively going after many of the officials of FIFA (international soccer) and associate organizations for Racketeering, but not even a mention of charging or investigating the Clinton crime syndicate  and the Clinton Foundation.

FIFA is an international soccer association.   Soccer is the world’s most popular sport (referred in most parts as football), it is a major source of big bucks,  it’s where the money is; so it isn’t surprising there is corruption.  We have the same going on right under our noses with the Clinton Foundation.   The Clinton’s have made their foundation a major international organization.   You’ve heard of all those other nation’s donations while Mrs. Clinton was Secretary of State, you’ve heard of Clinton Cash and the implication of political favors in exchange for those donations.    So, there is as much racketeering, corruption and who knows what all with the Clinton’s as there is with FIFA.  There are, ironically many similarities, too many to go into now.

FIFA and their associate organizations should be investigated and charged if found guilty.    I don’t dispute that, but why is our DOJ more interested in an international organization but IGNORES the Clinton’s?    Newly appointed Attorney General Lynch should set the best interests of the United States as her first priority, not FIFA.  Go after FIFA, but don’t let what is happening in the U.S. slide by.

Is there a connection between Hillary and Loretta Lynch?  There easily could be, both now having served under Obama.

Now, my OMG moment from the first paragraph above:  I have discovered by multiple sources (just Google it) that the Clinton’s have a connection with FIFA!!!   Of course they do, you could hardly accept money world-wide and not accept from an organization or country that wasn’t associated with FIFA.   Qatar donated to the Clinton Foundation, they won the bid for holding the World Cup in 2022.    Coincidence?  Maybe, but there is that connection.

It was just yesterday when I stated with the Clinton’s what is bad only gets worse.   Clinton Cash is getting worse!    Be surprised about nothing!   Be angry for laws being applied to some but not others!

“County government really is just for:  regulation, regulation and regulate some more.   Government should be as accountable for their action as they hold us for ours. ”

Fixing/replacing/repairing structure that is a safety issue is one thing.   Replacing structure that, such as plastic water supply lines to a bathroom basin that is in perfect condition and DOES NOT LEAK, with braided flexible lines is ridiculous.   Replace them when they start to leak.   Same with a water heater flue, changing from aluminum to galvanized steel…….why change when it has worked perfectly for 12 years and looks as good as it did when put in.   Why not replace with galvanized when you replace the water heater?   Nothing is grandfathered in when getting a permit for re-occupancy( sold house).   St. Louis County inspections motto “Fix it even if it ain’t broke”.  They couldn’t hold protesting looters, vandals and arsonists accountable in Ferguson, but let them in your home!!!!

And don’t send an inspector to my home that spells “cattle as caddle”.