Do the Liberals hear the conservatives knocking? More are speaking out.

BETRAYED: Before BENGHAZI, There was EXTORTION 17 30 Americans Died including Our Fallen Navy Seals 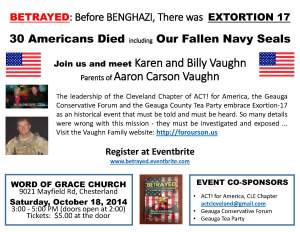 Obama released 5 terrorists, but does nothing for a Marine held in Mexico. NOTHING!

Maiden on the Midway

URGENT!! PLEASE WATCH! THIS GOES UP FOR A VOTE TOMORROW! PLEASE HELP FREE OUR MARINE!
*

Please watch this 6 minute video and pass it on. We don’t have much time left. Andrew needs to get home, he suffers from PTSD and has been in Mexican custody since March 31. End his role as a political pawn. 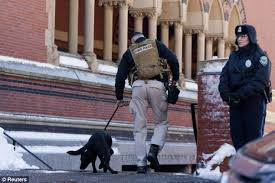 Muslims, not just any Muslim but those involved in terrorist activity would be concerned with bomb sniffing dogs.   Why would you give in to a demand against your own security, the security of your nation?  I guess we will see if the demand is placed on the U.S.   Will I would have one simple response.   Go to HELL!   This type of political correctness is ridiculous.  The citizens of the U.K. should be outraged!

Muslim terrorists can claim anything to be unclean.   Why would we even listen to them.  Why is the U.K.?   It isn’t just about Muslims!

Muslims, peaceful Muslims, if there is such a being, aren’t helping themselves.   Religious, if it really is a religion (not sure anymore) prejudice, hate grows not just from misunderstanding but from what is seen.

Political correctness must end, it will only destroy. 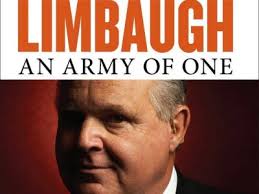 Liberal Democrats want Rush Limbaugh off the air.  This  is nothing new, they have been trying for years to get the conservative political commentator bounced from the radio airways.

Rush has been labeled a bigot, racist, a big fat liar and too many other names to even begin to mention and some I shouldn’t, I’m a gentleman.   Liberals want Rush gone because he exposes them, what they really stand for, their underlying policy and agenda.   He sees through their B.S. and informs and even educates.

Banning Limbaugh from radio would be nothing more than censorship.   Rush represents the one principle we, Americans have a right to, freedom of speech.   I don’t always agree with him, but do much more than not.

What the liberals really hate about Limbaugh is, he is smarter than they are.   They can’t debate him without being crushed.  Pick a political issue, chances are Rush has done the research and has more facts than the government officials.  Rush doesn’t worry about being politically correct, he says what he thinks based on what he knows. 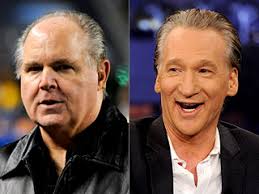 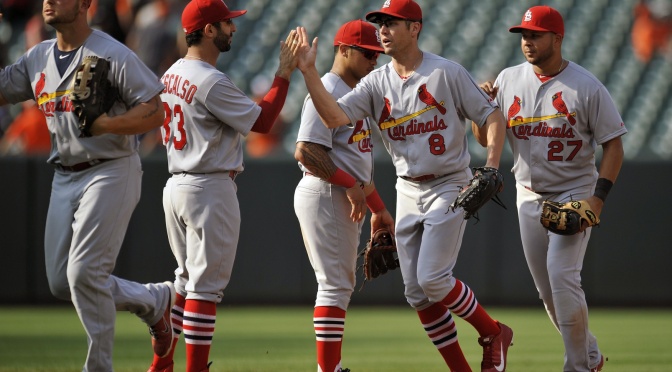 I have been a Cardinal fan all my life. Reblogging was a no-brainer.

I’m 62 years old, so the fact that I use any social media amazes and amuses my daughter, and probably my two boys; she has just stated so.

There are some trends on social media, Twitter in particular that I don’t quite get.  Why is big booty shaking such a craze?  Is it supposed to be to show off who has the biggest butt or who has the best booty implants?   Is it sexy?   Okay some may be.

Why are people, women mostly getting butt implants or injections?  I don’t consider myself out of touch or uncool, but I don’t understand this?   Surely Obamacare does not pay for booty implants?  It’s like there is a national contest going on Twitter as to who can shake the most booty the best; like a dance contest.

Celebs  suspected as having implants or injections as well.   Can someone explain what I am missing? 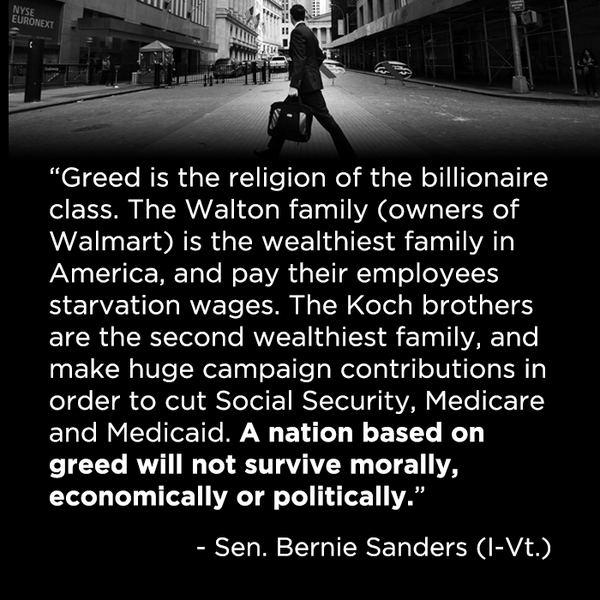 Banks pay their executives great wages, but tellers and personal bankers don’t make enough to live on, many need 2nd jobs or a spouse with income.

Greed plays a huge factor in our economy.

Saturday night a Ferguson, Missouri a police officer was shot in the arm as he interrupted an apparent burglary near the community center.  The suspect, a black male in dreadlocks is still at large.

The officer’s injury is not life threatening, but he was being treated at a local hospital.  The burglary attempt and shooting does not appear to be associated with additional protests this week, but is being further investigated as authorities continue to search for the suspect.

Apparently we will have years to come up with an exit strategy……according to Obama’s timeline to defeat ISIS. Pssst! He doesn’t really want to defeat them…..we bombed vacant buildings in Syria. This is a show, by Obama, it will be someone else’s problem before long.

US-led coalition hits targets in Syria’s Homs province – YouTube
Short conversation with me about why I predict that the US-led bombing of ISIS structures will turn out to be an intellectual and moral disaster and that the Obama administration has neither a politico-military nor an exit strategy.