Folks, this is real as evidenced by the shouting of our three new Congressional representatives – AOC/OMAR/TLAIB. They are not participating in the Constitutional work of the government; but, are using their stealth work as a representative of their own culture. Look at CAIR, who is working in concert with those three and how they […]

via KOMMONSENTSJANE -SHOUTING FROM THE ROOF TOPS OF THE U.S. — kommonsentsjane

You know it, I know it and so does the Chicago Police Superintendent;  every word that came out of his mouth was a lie.   You know it is a hoax because the Chicago Police are not looking for the 2 MAGA white boys the star of his own production created when he put himself on stage.   Everything about him is a fairytale.  The trail leads to an Obama, a corrupt former citizen of Chicago.   You can’t put this one on the Police, unless you think they are giving an Oscar like performance, but I don’t think anyone is that good.

So now the Democrats have another outcome they will not accept.  This really shows their inability to understand reality.  One name Adam Schiff, now you know what we are talking about here; the single-mindedness, can’t chew gum and walk at the same time Adam Schiff.

Democrats are crying foul over the Mueller Report, even so much as claiming there must be a conspiracy and that Attorney General Barr is covering-up the special counsel’s report on Russian Collusion.   See, the Democrats can not accept the truth and will cry corrupt play, because this is how THEY think.   That is something they would engage in and have, look at the fake dossier, look at the DOJ and FBI during Obama’s administration. Lies, lies and more lies.   So, who covered up?   Hillary is notorious!

Corruption, cover-up conspiracies are business as usual for Democrats, so everybody else must do it too.  These cats have gotten away with it for so long they no longer even attempt to hide it.  Its time all perpetrators of illegal activity in D.C. are held accountable and prosecuted.   Interfering with an investigation or prosecution should be included, don’t you think Mrs. Obama? 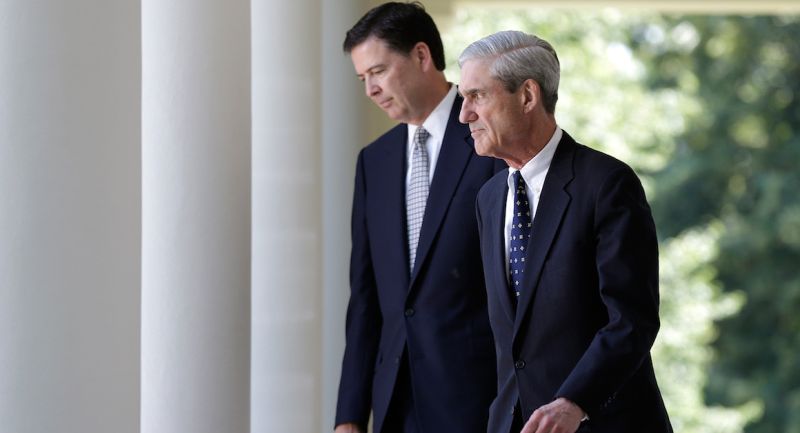 Originally posted on steelpencil.com: THE BLASTING CAP AND THE DYNAMITE Dramatic suspense movies are usually about two hours long, give or take. You have just watched the equivalent of a high stakes drama, play out for just shy of two years. That is, the part that you saw first hand. The deep state bad…

via KOMMONSENTSJANE – PRESIDENT TRUMP HAS EVERY RIGHT TO BE THOROUGHLY PISSED OFF. PART ONE. By: steelpencil.com — kommonsentsjane 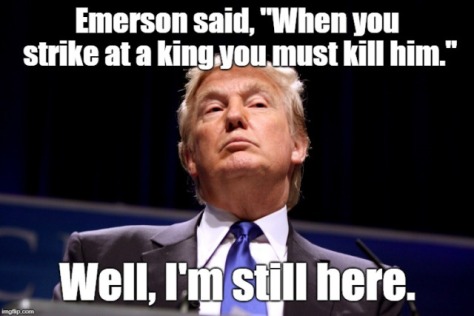 Let me quote the acting AG’s letter to Congress:

“The Special Counsel’s investigation did not find that the Trump campaign or anyone associated with it conspired or coordinated with Russia in its efforts to influence the 2016 U.S. presidential election.”

For the Democrat response, here is Adam Schiff:

Mueller couldn’t (and did not) give the Democrats and the Main Stream Media what they wanted.  They could not create anything believable or provable the frame President Trump.  There will be no indictments against Trump, his family, his administration or anyone associated with him over the FAKE RUSSIAN COLLUSION BS.

Dems and especially Hillary and Obama should have some explaining to do.   Hillary paid for a fake dossier to frame Trump because she and the Dems, along with her co-conspirators, (that cost WE THE PEOPLE millions (30 to 40 million) in tax dollars) refused to accept the 2016 election.  Include the liberal media as a co-conspirator.

For 2 years the media and Democrats have been claiming that Robert Mueller was their man, the man who will find out the truth.  He was what they wanted.   He would be the guy to get Trump out of the Oval Office once and for all.  Now that the outcome does not favor what they “SET-UP” they want to subpoena Mueller.  They must believe he is holding something back, that he knows something.  Truth is, there was nothing there, never was.  The Democrats are demanding that Mueller’s report be made public.  I guess they think by doing that they’ll find out something Mueller missed or is passing on.  They are not accepting (once again) an outcome.  The irony, the Dems accepted Comey’s no indictment against Hillary’s announcement, even with evidence under his crooked nose; but now refuse to accept the Mueller report.

So, idiots like Adam Schiff (Schiffy boy) want to continue to waste our dollars with more hearings and investigation on something already investigated for nearly 2 years.   Schiff will spend his remaining years on earth chasing Donald Trump.

Now the Democrats shift their hopes, with prayers that New York can find something to nail Trump on.   Like everything else, they keep getting Trumped.

Final thought:   The Democratic National Committee should repay the 30-40 million dollars wasted in this fake investigation by their selected special investigator that was from the start a LIE.

And remember, Hillary paid for the fake dossier.  Crooked Hillary, ‘Hahahaha, I should be in jail, but they don’t indict me’  Not a quote, just a one line says it all about this treasonous piece of crap.

Dems and MSM now in a fully blown state of depression.

Hours after Robert Mueller submitted his report on Friday evening, President Trump briefly spoke at a Republican Party dinner in Florida — but made no mention of it. Mr. Trump and Melania Trump introduced Sen. Lindsey Graham, the keynote speaker at the Palm Beach County Republican Dinner at Mar-a-Lago.

This was possibly the 1st time in his life The Donald should have opened up to get a little satisfaction, but held back deliberately.

Is is possible PDT has seen the value of; the less said the better?? I doubt it. He is just displaying his unpredictability.

The fact that the Mueller report fell flat on its face had to be very gratifying for Trump. For him to remain silent, considering it was a huge victory for him, is totally out of character.

I will guarantee one…

via ARLIN REPORT THOUGHT OF THE DAY: I want the DEMS to keep doing what they are doing.

Alexandria Ocasio-Cortez and Beto O’Rourke have several things in common, but just to mention a few:  1)  Both have obvious learning disabilities.  Their facts and ideas (actually fiction) are crazy, out-in-space, cartoonish BS.   They do not have the capability to understand even the simplest of things, therefore the inability to REASON.  2)  Both, do not care how ridiculous they look or sound.  They live in their own fantasy worlds.   3) They do however tend to have an ability to repeat others thoughts, suggestions and manipulation, to a degree, but even then go out-of-bounds or over-the-top to a point of being outrageous.  (Which sounds like a contradiction of the learning disabilities theory.  Even the lowest of living animals can learn something.   Stupidity and outrageous mouths tend to sell; just look at Hollywood.