“We have a media and public, more concerned with the Brian Williams and Bill O’Reilly lies than those of Obama, the Clintons and most other political figures.  There lies the problem” 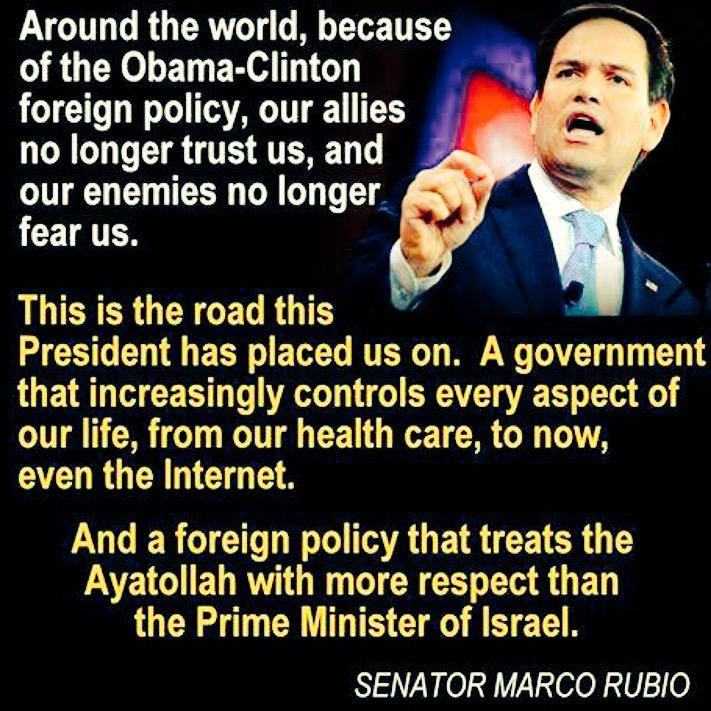 Yes, a self proclaimed imperialist; but what is more disturbing, we are a nation that lets him get by with it.

This is the type of recognition day that makes more sense to me. 🙂 Love it!

The American flags planted on the Moon have all turned white from years of the Sun’s radiation.   The American flags flying here on planet Earth still hold their color, the stars and stripes are visible.    Is our flag turning white, in surrender?   I am not referencing the flag that was painted white over the stars and stripes on the Brooklyn Bridge just recently.   I had not learned of that until after I had already started this writing.

Flags will fade, lose their color from the sun and weather.   That is perfectly acceptable, we replace them when they become worn.  I’m not talking about weather-beaten flags, I am speaking of flags flown from a beaten nation.  Oh the color is still there, but underneath, figuratively speaking are we flying the white flag of surrender?

The majority of Americans are frustrated with our government and politicians.   Elected government officials don’t represent the people who put them in office.  This Congress is the most inefficient body of government ever elected in the history of the United States.  Their main interests is in self and special interests with benefits.  Americans only see a do nothing, incompetent group of spoiled, silver spoon, wealthy club members.

Big government keeps getting bigger, a place where Thomas Jefferson warned us never to go.   We are not governed (ruled) by those elected, those appointed run the government agencies that keeps growing in number.  We are in fact regulated!

Government agencies continue taking on additional responsibilities to manage through executive order from none other than the illustrious wizard, Barack Obama.  Legislators don’t legislate, these agencies lead by a director who regulates; quite often at their own discretion or whatever THEY believe is best for us.   Example, Obamacare, several hundred times it is stated in the”book of regulation” that the Secretary of Health shall, will or may decide upon his or her discretion.   So it is, the agencies setting the rules by which we live by; most often by un-elected individuals. Ask yourself, honestly, are you a citizen or a subject?

Americans see a never-ending process, an accurate evaluation as there is no one stopping the craziness.   The internet will now be regulated by……..the government, the FCC just got bigger and we just got quieter.   Obama now wants our nation’s water ways to be REGULATED by the EPA.   There’s a competent agency for you……prepared to pay fees to paddle your canoe?  That may or may not be a stretch, but you get my point.

Obama’s method to inflict his power and grab more of it through executive order marches on with little opposition.   Some of us speak out, a handful in Congress may speak up, but only for show, they don’t take action.  Please, put up or shut up!  Your rights are being taken away, inch by inch, by the day, by the moment.

We have gotten accustomed to incompetence in government, it has gone on for so long.  Elections of non-representation is the norm and has become almost acceptable.  We still bitch….which agency will take that away, the FCC?  We don’t elect patriots who work in our best interest and do what they are sent to do; we elect candidates with agendas of a political party.

It is all a part of the dumbing down of America.   We feel hopeless, nothing to do, “There is nothing I can do about it.” so we just accept.   Are we throwing in the towel, giving up?

For all that our Flag stood for, stands for yet today, I don’t want to see it swapped out for a white flag, not at all, not even figuratively speaking.   If we are waiting for Congress to stop the bleeding they won’t, they are part of the problem.   The Supreme Court, don’t hold your breath, they are appointed!  It ultimately becomes the responsibility of those whose hands its always been in; We the People.

We have become so disconnected and divided……we don’t look for solutions to the problems we are facing as a nation together.   They, the government, the POTUS want it that way.   Can’t you hear them “Good God…….take on a nation that is united…….why I might have to get a real job.”

We need to keep flying the Stars and Stripes, we need all of us speaking out, getting involved, raise some hell.  Most of all we need to come together. TOGETHER, THEY FEAR US.   US, the United States.   Together we can beat the Regulators.

Obama knows this, one reason he is banning ammunition.

Amazing five people, with the support/push from Obama made this decision.

THE FCC JUST VOTED TO REGULATE THE INTERNET LIKE A UTILITY

By a 3-2 vote today, the Federal Communications Commission (FCC) voted to radically overhaul the way Internet service is regulated. FCC Chairman Tom Wheeler and the commission’s two Democratic commissioners voted to move forward with the rules. The agency’s two GOP-appointed commissioners opposed them.

Under the new rules, broadband providers, long classified by the agency as Title I information services, will now be regulated as Title II telecommunications services—essentially making them public utilities, like the phone system. The move is designed to allow the FCC to implement strict net neutrality rules limiting how much control Internet service providers (ISPs) can exert over what passes over their networks.

Another control grab for King Obama. When does it end? Bide our time until he leaves office? Would we let someone just rape our wife or girlfriend while we watch and do nothing? Its the same thing!

The EPA Wants to Control All Waters of the United States

The U.S. Environmental Protection Agency (EPA) wants to regulate all “waters of the United States (WOTUS).” Should the WOTUS proposal withstand legislative and legal challenges, the EPA’s reach will affect farms, ranches, orchards, mines and timber industries, having jurisdiction over millions of acres of private property. Seen as an attempt to establish a federal zoning system, the newly acquired authority could require land owners to request permits to conduct routine tasks.

According to the Clean Water Act (CWA), the EPA’s current jurisdiction extends only to navigable waters. Those waters include rivers, bays and shipping channels but now they want to regulate ditches, stock ponds and areas that are periodically wet due to rain and snow.

Dumass Obama today made another move into banning ammo…for the most popular weapon owned by gun owners…the AR-15. A majority of AR-15’s use .223 Remington or 5.56 NATO. Very similar rounds. And since the rat bastard can’t ban the guns, the next obvious solution for him is to ban the ammo. After all, a gun with no ammo is just an expensive club…

So the basics behind this is as follows…the BATFE is trying to declare this ammo as “armor piercing”. It was off of this exemption list since the late 70’s. So now they want to put it back on the banned list with other armor piercing ammo. I posted a video just the other day of this action about to take place. Remember…the President doesn’t make the rules….BATFE doesn’t make the rules….Congress makes the rules. Obama has no authority to make this rule, neither does BATFE.