Rumor has it, or at least speculation is Hillary will release her health record(s) soon.  As soon as they’re FIXED.   There are some records to doctor (literally), add……delete; also known as “fictional healing”.   She’d tell us there is nothing there of any concern, she is as healthy as a horse (an old gray mare maybe) and I’ve given most of my records to CNN, they’ve not found anything alarming!   All this sounds familiar, E-MAILS!

This woman has an illness more serious than Parkinson’s …………Tongue Rot!

In advance of Donald Trump’s quick trip to Mexico today before delivering his long-awaited immigration speech, Stephen Colbert brought out The Werd and talked about the GOP candidate’s policy “Double Vision.” The speech may clarify Trump’s apparent flip-flop on his primary promise to deport 11M illegal immigrants, “but not too much,” Colbert said. What Trump […]

Stephen Colbert is nothing more than a late night (media) puppet controlled by the TV net work.

Colin Kaepernick, chose to sit on his now familiar Bench during the national anthem and apparently will continue to do so.   Okay, so good for him, many of us are tired of discussing ‘to stand or not to stand’.   It really isn’t the issue.   He did not choose to burn the American flag like some disrespectful shit disturbers, and good for him.  Now the Hillary squad is in an uproar over Donald Trump supporter, Pastor Burns for his tweet of a blackfaced Hillary, symbolizing the democratic beloved candidates pandering to black “voters”.

Kaepernick was/is apparently offensive to many, as was/is Pastor Burns!   Both of these gentlemen chose to make a point, gain some attention for whatever cause they may have if only for attention.   In today’s world, good or nice deeds get little to no attention.   Things outrageous or hair raising and often crazy makes headlines.    Hell we should be use to it by now!   Do you think Donald Trump would be where is today, one election away from the White House if he acted like Jimmy Carter or Gerald Ford……..both boring; aside from poor golf swings or clumsiness.   We could have been looking and listening to Jeb Bush still!  Trump occasionally says things (okay often) that make the outrageous seem small…..and sometimes with really no message except insult.   But it gets headlines!   It may be simply a strategy, get attention.   It is difficult for a non-politician to come on the national scene an win an election any election, let alone the presidency.   That is normally reserved for career and often failed career politicians.   So, Trump had to make some noise.   I believe President Trump is less off the wall than Candidate Trump.

So, what really is the difference between Kaepernick and the Pastor?   Nothing, except to those that want to be politically correct.   What does political correctness do?  It shows our division and inability to respect one another’s opinion to be different in how we react and believe.   I can choose to ignore a Colin Kaepernick if I don’t like what he does or how he expresses himself.  Its easy to do……and no, for the record I didn’t agree with his choice.  There are many things I don’t like about our government and the direction we are headed, but I stand before and in respect of OUR flag.   I don’t think of Obama, Clinton (or even Trump) or Congress during our national anthem; far from it.  I think of the men and women before us who sacrificed their lives, and those serving today who gave me the right to stand or sit and rant when I feel the need; and gave me the luxury of living in a country where millions of others strive to enter legally and illegally (and willing to die trying).

It is still with all our flaws the greatest country on earth. 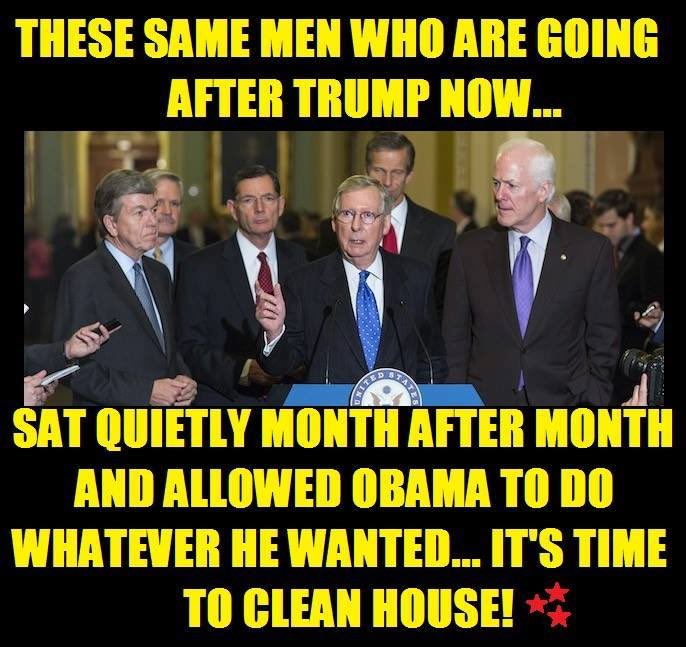 Originally posted on THE PSYCHO LINGUIST: *A note about the author, in 2012 I finished creating my psychological models that I have been using to generate predictions since then with increasing accuracy. I was so specific that I was nicknamed the Mind Hacker or the Psychopath Hunter mainly because my psycholinguistic profiling was designed to…

via Donald Trump is a Psychopath? — Thought Uncommon

Pretty good assessment; in the least interesting and difficult to argue……..not that I tried!

The Clinton Global Initiative/Clinton Foundation?   Somethings in it for Clintons.   How does HE/THEY (Hillary) get control of 10,000 houses in Detroit?   10,000 homes for Syrian Refugees, jobs created for the Syrians repairing homes…..etc.?  That should please all those in Detroit who lost their homes and jobs.  In the meantime, who pays for their relocation to Detroit?  Who feeds them?   Who clothes them?  Where does their healthcare come from?   Is Bill going to pay their way?  The Clinton Foundation/Clinton Initiative, don’t bet on that (see Haiti)?   I think not, the good ole’ American tax payer that is who?   Hillary has her connection, deep connection.   This Billionaire Slick Willie is chatting with, you can bet he has been generous with the Clintons.   Whats in it for him?   So, the Clintons are trying to pull another scam.   This smells like the charity work the Clinton Foundation did in Haiti.    Ask the people of Haiti what they think of the Clintons.   Charity promises broken, a small amount used compared to the dollars donated to the Foundation; Clinton profit.   But they’ve never received a salary from the Clinton Foundation.   More crap from the 2 biggest liars on the planet, and most treasonous in our nations history.

George Soros can’t be far behind!  He controls Hillary Clinton.

At the end of August, 2008 Morgan Stanley received $10 billion under the Capital Purchase Program (CPP), also called the “big bank bailout” by average citizens, who wondered then why so much was spent on so few banks and financial institutions. After all, the direct cash came just from the taxpayers – $620 billion in […]

via Hillary’s high-priced speeches all started with the $10 Billion bailed-out Morgan Stanley in April, 2013 — Fred Donaldson

I am not going to get into the stand or don’t stand debate.   Everyone knows the ‘you have the right to free speech and you can’t force anyone to stand against their will’ defense (right).   I do agree with some of Kap’s reasons for his attention getting performance to remain on the bench during the anthem.   He nailed Hillary pretty well on breaking the law without being held accountable.    The cops killing blacks on the street…….. yes it is happening, but not all those cops are whites killing blacks.   Colin failed to mention as many do, black on black killings in the streets are far more evident than any cops killing/murdering.

I understand Colin may be looking for another job real soon, as his football skills have diminished significantly over the last couple of years.   May I make a suggestion, Mr. Kaepernick can do something about the situation in this country he addressed; go to Ferguson.  Ferguson is looking for a few good men and women minorities for their police force.   They’re taking applications.  Colin, it might be your calling!   It doesn’t pay as well as the pudding job you have, but you can make a difference!

Well worth reading. Takes 5 minutes of your time.

The Day I Went Head-To-Head With Donald Trump

Mr. Stewart is a retired New York investment banker and a former U.S. Naval Attack Commander who flew combat during the Gulf War.
Whenever I hear someone complain that Donald Trump is “not presidential,” I reply, “Compared to whom? Which president are we talking about? How ‘presidential’ was Barack Obama in 2008 when he said of the Republicans, ‘If they bring a knife to the fight, we bring a gun’?”
And just what are the qualities that really matter in a president?

The overwhelming majority of Mr. Trump’s detractors have never sat across the table from him to hammer out a multimillion-dollar business…