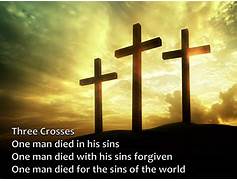 And on the third day He rose, not even death could destroy Him.

Highway litter drives me nuts!  No excuse for it…….

Time for this Senator to go home and stay!  The campaign in Missouri to replace Claire is on!   The Arlin Report

There is a reason this former Supreme Court justice is retired.   Delirium.

Will give you two guesses and one doesn’t count!

Think Obama was the most narcissistic, egotistical president ever? You got that right.

via This is the next tactic to disarm us