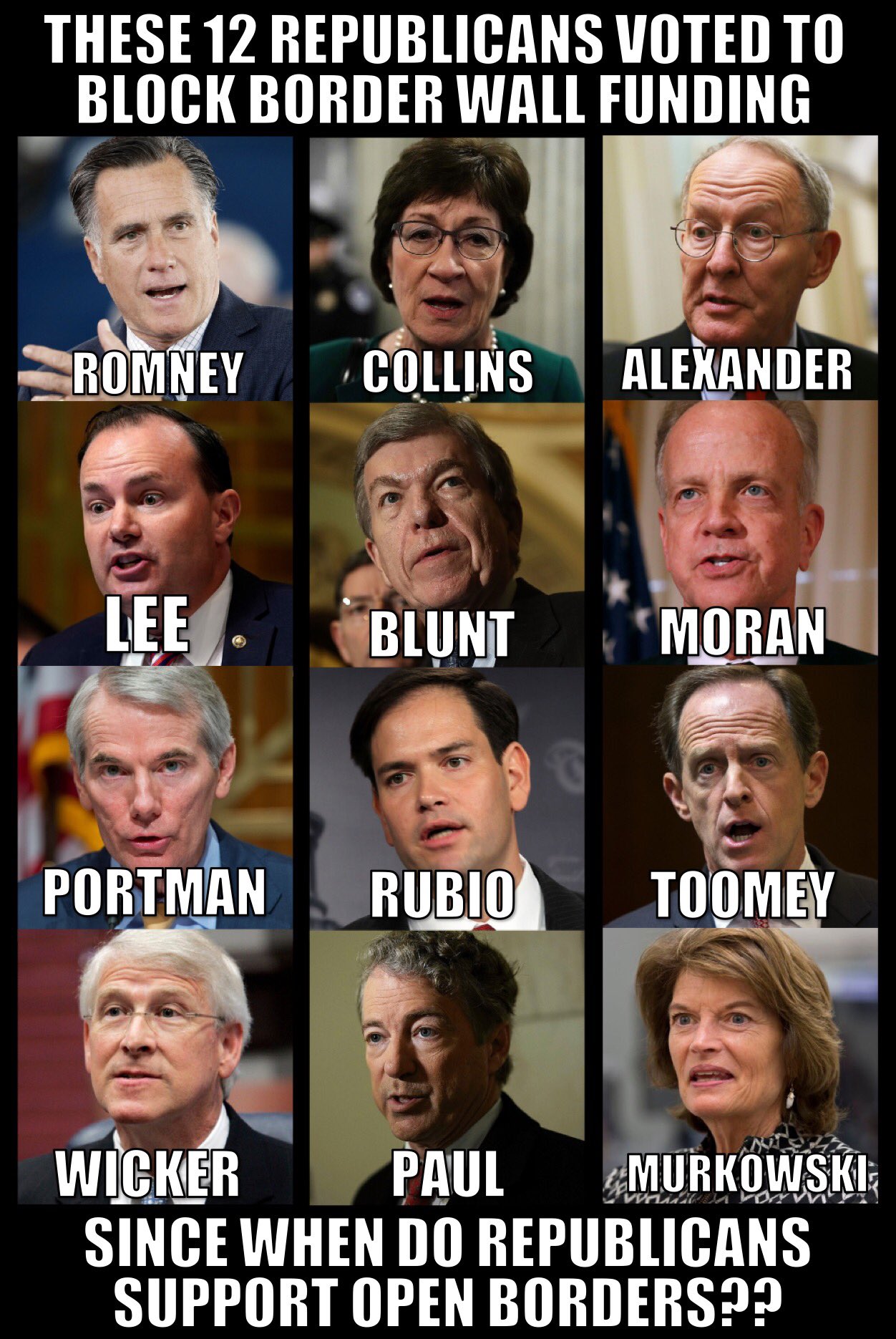 The gangs all here:  How about a group hug, show a little love.

The 2016 Presidential Candidates  and former Candidates don’t need to be beat up each other, their doing quite the job of bashing themselves and committing political suicide.

Hillary’s puffs are not gaffes, she really doesn’t acknowledge 4 people died in Benghazi……..she said we didn’t lose anyone in Libya.   Coal miners losing their jobs………not important to Hillary.  She can’t blame Trump for this, its all Hillary.

Kasich, basically said “depending on whether I win Ohio or not will determine if I go after Trump or not.   If I win oh yeah……If I lose, not so much'”     No wishy washy stuff from the Governor!

Rubio, he is lost, might as well have said…. “This arena is to difficult, no one is playing fair; I’d rather run for Governor.”   Politics is a dirty game isn’t it Marco?

Rubio on Con Artists:   The pot calling the kettle black!  If that is politically incorrect……so be it.    Marco would know a lot about being a con artist; he is after all a U.S. Senator.   The term senator and representative have become synonymous with the art of the con.  Rubio doesn’t get it; that is why the American voter is angry; we’ve continued to be had by the elected political promises.   His campaign stage act is a con.   It is pretty much like that with all the candidates on both sides.   Hillary is queen of the con, deception, she has been practicing it her entire adult life.

Another thing on listening; they don’t listen.   How many times does Trump have to say/disavow the KKK before Rubio and Cruz and the media tag team hear it?   Why keep asking the same question, that has been answered, I guess until they hear what they want?

Cruz………you have know right demanding anything being made public that was done in private.   Nothing!  I bet we would all like to hear some of your whispers?  The tapes you want aren’t security emails……..

Have a Happy Super Tuesday

Yes I watched CNN’s Republican Presidential Debate last night; if that is what you can call it.   It was more like having Cruz, Rubio and Trump together on a daily, hourly program of CNN with the boys yelling back and forth sharing insults and nobody really hears much of anything.  I don’t normally watch CNN so I can’t give you the name of one of their regular programs, except for that Anderson guy.  No, I won’t waste my time googling it either.   We’ll let Rubio continue to Google everything, let him advise the audience that’s what they should do, to find out about the deals of Donald Trump.   Watch out Senator…….people will do the same of you, we might be surprised to find out some of your trash and closet stuff.   Like that senate affair your suspected………oh I won’t go there.  It isn’t always careful what you ask for, its careful where you direct folks.

Rubio and Cruz tried to make Trump look the fool.  Sometimes he does, maybe often……but then somehow it ends up, ohhhh; he was right.   I understand.

Rubio and Cruz, may not want to attack Trump too much, he has resources and is quite capable of finding facts, facts the rest of us will never know, unless he shares.  Be careful Senators!  I have seen what can happen when Trump has been pissed off…….he finds a way!   See his golf courses in Ireland…….he had enemies there while building those courses but got it done.   Trump does get things done!

Good evening ladies and gentlemen; welcome to CNN’s Republican Presidential debate.   Tonight’s main topic of discussion, ridicule and gang bang politics will be Donald Trump.   All questions ask of the candidates will be centered around something the Donald has said, believed to have said, wished he had said, and if not, we’ll just say he said it.

CNN certainly got the circus it was hoping for, good entertainment and verbal sparing.   CNN helped bait, almost conspire with Cruz and Rubio to slam Trump from left and right.  They know Trump won’t ball into a fetal position or melt away, they hoped to embarrass and push him to blow a gasket.  I don’t think Trump can be embarrassed and he didn’t blow, he did punch back, in typical Trump fashion.

Cruz and Rubio made comments that we didn’t need a President that would make deals.  Really?  It seemed from my perspective, watching Trump take it from both sides, as if, Cruz and Rubio made a deal to simultaneously taken on the Donald.  They didn’t spend much time attacking one another, they were too busy with Trump.   Trump got his allotted response time, so things went back and forth.   Kasich and Carson sacrificed time.  It is unfair that not all the candidates got equal time; but I guess CNN only wanted the main event; the 2 on 1 bash-fest.  The Republican Establishment is doing its best to get Trump to disappear.  They could use Cruz, anti-Estab himself, but tonight he’ll be glad to side with us, with our choice Rubio.

Something else I noticed, and this might be an indication why our representatives don’t govern like we expect, don’t fulfill promises; Trump explained three or four times why he has not yet turned over his tax returns (won’t get into that now), but Cruz and I believe Rubio kept asking him for the returns.  See folks, the two Senators don’t listen!

On Trump’s explanation he won’t give up his tax returns until an audit has been completed.  He said he has been audited for the past 12 years every year.   You see Trump will listen to his lawyers, he is also a smarter businessman.   Why would you make public your taxes in the middle of an audit.   What if there was something, you didn’t know about, couldn’t immediately explain………but could following an audit.  The audit covers it.

Trump, if he didn’t win the debate; in the very least proved he is a smarter businessman than Mitt Romney!

Romney was the Establishment’s shooter, what can we get to put Trump on the defensive?   Tax returns?   We don’t have to be right……… just throw out an insinuation.   Something to speculate, something rumors get started from; what better than taxes.  Look what it did to me!   Trump was ready and handled it well, and it was logical; what a great businessman might do. 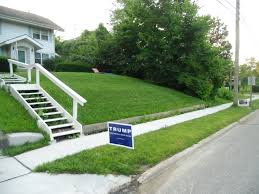 What you hear from the candidates at a rally is quite insignificant.   Jeb today was at a JEB RALLY in SC and his speech was to simply criticize the front runner, a non-politician Donald Trump.   Who shows up at a Jeb Bush rally?   Those folks that are already, have been committed to Jeb.  What does he gain?   Very little to nothing.  He might as well be home speaking to mommy and daddy.

Its not just Jeb, who shows up at a Rubio rally?   Rubio supports, they were already on the Rubio wagon.   Cruz?  The same thing.   Trump, absolutely!   However, who has the largest crowds?  Trump!!

The only way to gain ground, gain voter support, you MUST hit the streets.

Its time to party, we finished in 4th place, we’re moving on to South Carolina!!

I understand that it isn’t likely any candidate in any election is going to sweep every state in primaries.   Geographically speaking you aren’t going to win some areas.  I wouldn’t say that getting doubled up, tripled or greater is much of a victory.   Tip your hat and go to the next state.   Its kind of like losing teams, like the L.A. Rams finding  something to get excited about after you just got your ass kicked by an expansion team.  What?   Donald Trump, an expansion team rookie to politics just kicked the established Washington career politicians to the curb, or more accurately the voters of New Hampshire did.   If anyone should be excited to go to S.C. it would be Trump.

All that being said, if you are Cruz, Rubio, Bush and Kasich……..the others not worthy of mentioning, you have many back to back loses, you are out of contention, you don’t make the playoffs.

It is easy to see why Washington and government in this country is sooooooooo screwed up.   These people can not add and subtract.   Trump more than doubled Kasich, but Kasich, the I have balanced budgets candidate, did everything but crown himself last night.   Ohio, do an audit, the man can not count.

Jeb, sorry but being back that far, and being quadrupled in votes can not possibly be encouraging to the man that was supposed to be the Republican answer to Hillary.

Seriously, some of this campaign money could be used to better mankind, rather than give professional politicians ridiculous false hope.  Go home Carly and Ben and Jeb.