Memorial Day:  Memory, remembering those that died, where and why! 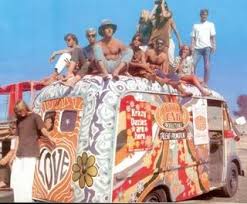 THOUGHT FOR A DAY

Make peace not war!  Where have all the Hippies gone?

At least they had a cause.   We could use some voices from the people in the USA today.

We have been at war against terrorist for many years, more officially since 9/11/2001.  Not long ago ISIS, said they would see us in New York.   It is believed that ISIS is present in Texas.   The government reports there is a greater risk that Muslim terrorists are mixing it up in Mexico, preparing to attack us, with our soft open border.   We, our government and Barack Obama are making it easy for them.

If Barack Obama wants to contain or manage ISIS, then protecting  the American people and our homeland must be priority no. 1 on his strategic plan.   (I know the way things are going, his plan is working exactly how the King wants.) When a terrorist group as large and armed like ISIS threatens us and declares war against America, then we are at war.   We don’t have to choose or declare war, but we must defend and destroy the enemy before they inflict damage or destruction upon us, like it or not.  We should then close all our borders and limit who enters, with greater restrictions at the airports and seaports.  Fight them on their ground, it’s a strategy this country has always had during modern time.   Leave it up to our military commanders to use whatever strategy and means are necessary to finish them off, away from our shores.

A soft open border is nuts during this time.  And this may sound racial to some and politically incorrect, but I don’t care, our national security is most vital, keep Middle Easterners out, unless they have strong, well documented credentials (I realize Middle Easterners aren’t the only threat).   Again, restrictions at the border are critical.   Political correctness is destroying this country.

My point here, security of our borders, is our first line of defense, period.

Another, and here is a controversial comment or thought that would get many stirred up, “internment camps”, should they be considered during war against Muslim terrorists?  During World War II, Japanese citizens and Japanese who entered the U.S. were located to such camps (detainment against those possibly loyal to their native land)?  Just a thought!

I was going to write this evening on what I learned from reading Dinesh D’Souza’s America Imagine a World Without Her.   It won’t be a book report, just my opinion of where we could be headed as a nation, our children’s future.  However, I am having a difficult time focusing on the message I want to present; I’ll save it for another evening.

I was checking and reading blogs during lunch today, when I came across a very graphic photo, one that bothered me throughout the day, and still lingers.   It was a young boy from Gaza, I would guess around 2 years of age.  He was laid on a blanket, dead.  I won’t describe anymore, it was obviously very gruesome, so much so after I studied it for a moment I flipped the screen so no one else could view.  I had just stared for a couple of moments at this image of what was someones baby, wondering what the family was going through.   I have no idea, I couldn’t possibly, I don’t know that I can even imagine. All I could think of was my grandchildren.

I don’t want to hear all the political crap right now about who is right or wrong or even why.   I’ve heard it all or most.     It doesn’t matter……..he was someones baby.

Its half past midnight, August 3rd present day.  Unbelievably, pleasantly mild outside for summer in Missouri.  There is evidence of an active skunk nearby, hopefully it has not sprayed my Siberian Husky.  I call her Sky, Blackhawk’s Gray Sky is her registered name.

I have many thoughts bouncing around in my head, none related to the other, not directly anyway.   I don’t recall my parents ever giving much thought and concern about the kind of world their children and grandchildren would live.

I have two adult sons and a daughter.  After next month, all will be married. I have  three wonderful grandsons, the youngest born seven months ago, an eight and ten-year old.

With all that is bad and wrong with the world, what will their lives be like?   I know when my parents were growing up and while raising me, the world wasn’t perfect then either.   My father fought in Korea.   It was a violent world long before the present day; just seems like more of it spreading around.   Then again, there were 2 wars that were world-wide.  I guess it’s not much different now than the past after all.

I watched the movie NOAH this evening.   You know the story, a corrupt world being destroyed by our Creator.  God as He is known to me.  Noah’s family was spared to give mankind a fresh, 2nd chance Thanks Noah but we haven’t done so well.  Maybe my children and grandchildren (hoping for a granddaughter some day) along with yours will figure it out.  I’ll pray they do.

The ISIS now tells the Palestinians to be patient, they will come and fight the “Barbaric Jews”.   There is no reason to believe they won’t.  The 72 hour ceasefire is a joke, and one that has probably already been broken as I write.

Watching the Israeli and Palestinian/Hamas war unfold further, with this added threat, it can only escalate.   If the ISIS follows up, they may be getting more than they want and so will Gaza.  I doubt that Israel has shown all their cards.

Americans, are we paying attention?   We take our freedom  and the peace we do have for granted.  We absolutely have an interest in this war.   Islam hates the Americans as much as the Jews.   We have heard the chants “Death to America”, Islam teaches it to their young.   They have struck us before and on our own ground, I don’t need to remind you of the date.  They will strike again…..they have promised as much.  We have loose borders and Obama is tight with the Muslim Brotherhood.    Speaking of the say nothing, do nothing POTUS, he is simply working his agenda.  We are being set up.    Obama wants to lower our daily lives to mirror that of the Middle East.   Islamic terrorists must destroy Little Satan (Israel)  before they can destroy the Great Satan (the U.S.).

How much do we enjoy our way of life in the U.S.?   We take our morning walks in the neighborhood and the parks.  We attend our children’s baseball games.   We go to the free admission St. Louis Zoo, or attend a Cubs and Cardinals baseball game.  We go to our theaters. We go to the stadium or watch the NFL in the comfort of our living rooms on Sunday.   Yes we take it all for granted.   We have what no one else has in the world right here at home in the USA.  We have it because of our Founding Fathers and all those who fought and sacrificed defending our country, our freedom and all that comes with it.  What are we willing to do to keep it?

Obama’s ruling philosophy is cancerous and it is spreading, up to now it has gone untreated.  Unlike “his promises of hope”, we have hope, there is a cure, the Constitution.  Congress has the means to take away his Executive power.

We have come too far as a nation to allow one man and his team divide us.   We need Israel to endure.  God bless America.

With the U.S. budget and financial issues being as dismal as they are, the Pentagon is preparing to cut billions of dollars from its budget, reducing military spending, forces and weapons program.   The cuts, according to NBC will put American military forces to its lowest level  prior to World War II.

The budget cuts will come at a price according to U.S. Secretary of Defense Chuck Hagel:  “As a consequence of large budget cuts, our future force will assume additional risk in certain areas,” Hagel said, citing gaps in training and maintenance and a smaller force that would be stretched thin if major conflicts broke out in several places at once.

I thought we were already stretched pretty thin.   Talk about a nation that sacrifices for the well-being of other nations.  We give up so much that our own security is of greater risk.  This can only place greater pressure on the forces we keep in place.  This is how we show support of our men and women who sacrifice enough as is.   Military cuts will include loss of quantity and quality of protective equipment and weapons.

Lets cut to the chase, we can look directly at the money this nation gives away around the world and to benefit who?   I know the argument about treaties, promises, humanitarian causes, all of it  Our number one priority should be the security of this nation and it isn’t.

We may be pulling troops out of Afghanistan, but how long will it be before we are considering redeploying them, does Iraq come to mind?  With all the violence, bombing…..wars currently going on around the world, more widespread than anytime in my lifetime (I am 62) we are cutting our military?   This is the greatest brain-dead decision our government could make.   You can include all that is happening at the border here as well, our border, I’m not talking about Israel now.   We don’t know what all is crossing over.   I can here all naive Obamaites now…… the you’re nuts crowd.  The same ones that believed Obama was the answer of hope.  He has been hope not.

Seriously, common sense here, would you run your personal budget this way; give so much to others, that you put yourself in a financial position where you can not take care of your basic needs?  No, you wouldn’t, most of us wouldn’t.  Without securing and keeping our nation safe, nothing else will matter.

I am not saying we must withdraw foreign aid completely.    If we can even consider cutting our own budget, we must cut foreign aid from that budget, obviously more than we are or will.   Some nations we give support, do not deserve it, most hate us anyway.

Our military protects or freedom, and our freedom allows us all that we have and need.  Our military need our greatest support.   We can not compromise our men and women that serve our nation. 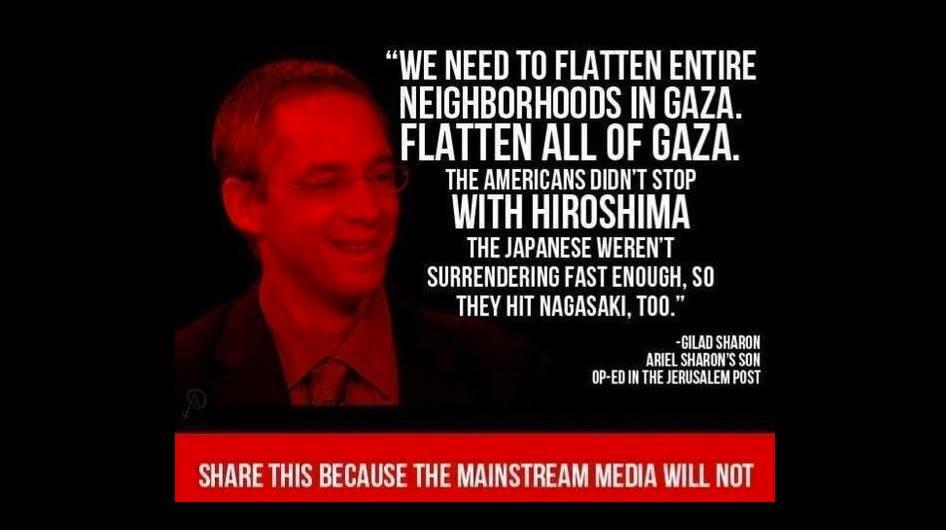 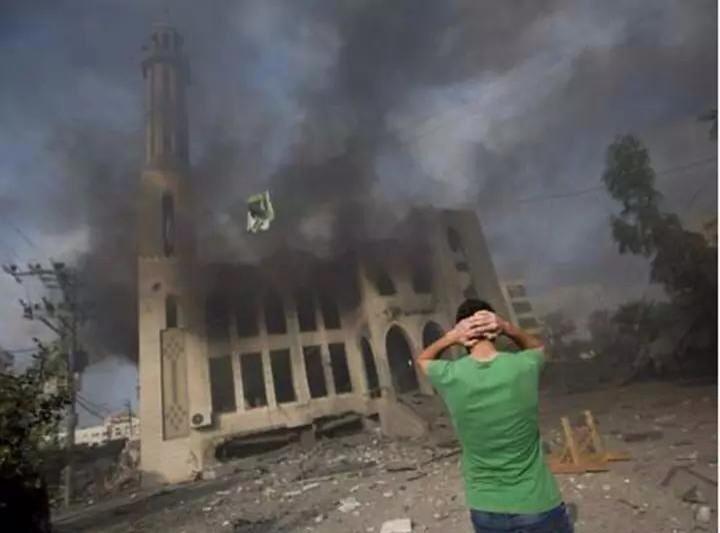