What kind of deal has Boehner made behind closed doors, that he knows when it comes out would get his ass fried?  What has the Speaker of the House done, that he wants to hightail it out?

Boehner, and all those Republican promises that got them their majority presence in the House, has turned away from We the People in favor of “I Obama”.

Boehner, is nothing more than a great pretender, liar …………. like all others in the most  powerful seats in Washington.   Something has the Speaker running scared; why else would a Speaker of the House just suddenly out of nowhere announce retirement.   This is the cry baby that often made threats to junior reps to play it his way or they got left off of committees, would lose status.   The do as I say Speaker is feeling his own tactics from somewhere.

John Boehner loves his authority and place in Washington way too much to just suddenly give it all up.   “I just woke-up this morning and said to myself……Self this is it.”  Was Nancy Pelosi holding his hand while making this decision.   I don’t believe its to get more tee times reserved.

It looks like there is some kind of trade off for Mr. Boehner.    Its kind of like “I did my part, all I could, to give Obama everything he wanted without holding him accountable for any of it.  Now I’ll just say good-bye (while flipping the middle finger to America).”

Nothing, I mean nothing in Washington D.C. is as they try to make it appear.   That is the biggest truth about your government. 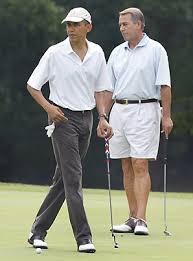 John Boehner must go!   Boehner must be replaced as Speaker of the House; he doesn’t indicate he got the message of the voters from November.  Boehner is a little too close to Obama, a golf buddy…….he isn’t effective.  Quite frankly, he has gotten little to nothing done as Mr. Speaker!

President Obama, his administration and all of Congress have extremely poor approval ratings, record lows.   That isn’t surprising when you have a legislature that is ineffective and proven to be incompetent; and throw in a President, who believes he is superior to all of us and has no respect for the constitution or the people it was to protect.

The approval/disapproval ratings come from randomly taken polls, from the people.   I believe it is safe to say, most of us are not happy with our elected leaders, decisions and indecision and the state of our nation.   Presidents don’t give State of the Nation speeches with any accuracy, they would have to admit failure.   They usually state all of the obvious and what they would like to see happen and why it hasn’t because they can’t get any cooperation from Congress.   So, the thing to do in Washington is point the finger at one another as the guilty party when nothing positive gets done, when in fact they are all just clueless and incompetent.  There’s that word again.

I know that we are all tired of hearing the rhetoric, frustrated with the policy and non-policy of our government.   The corruption, OMG the corruption, scandal, partisan B.S., and general stupidity you hear from those that were sent to Washington to represent you.   Represent you, us and not for their own personal gain.

Everyday, it is something else, quite often so we will quit talking and inquiring about the previous piece of controversy.    If Washington is good at anything it is creating distractions.

Too often we question what needs to be done and complain but take little action ourselves.  We occasionally write or speak out, expressing our anger over illegal immigrants, too much money spent on foreign aid, why can’t or don’t we tend to our own problems.   I remember the sixties and early seventies where a generation protested in the streets, marched on Washington for whatever their cause.   The Hobby Lobby decision showed a spark of some of that same spirit with people, mostly women protesting against the Supreme Court and Hobby Lobby.

There are very serious issues facing our country.  The Speaker of the House and it’s Minority Leader I might add, have said immigration reform will not get done this year.   Then we have a Prez who wants to make an executive decision, which won’t be out of spite but for power.  Folks, it is time the American people stood up to this crap.

If President Obama can make an executive decision without Congress, I can proclaim a National Day of Protest.

I, an ordinary but highly frustrated  citizen, announce July 11, 2014 as a National Day of Protest.    What ever you are against or for, speak out, assemble, march on Washington, write a letter to the editor, just be heard.   It doesn’t have to be national, it can be your state or local government.   If you are unhappy about the state of this nation, your state or community then say so, show up on their doorsteps.

If we want and expect change we must change our state of complacency.   Why do we simply accept the direction our government has led this nation?   There is more we can do, we have our voice.  We must become more visible and take action.   On July 11th if people across this country participated in a peaceful, and it must be a peaceful protest, we will be noticed and we will be heard.  We have to get up off the couch and just do it.

If July 11th doesn’t work for you or your group, pick a day that will.  This is your day, it is our day and it is about time.

I would encourage all the readers to reblog.   Thank you.