Just when you thought Psaki was as dumb as it got, this renders a stupidity at a grand high. Say it enough and maybe people will believe it. People with half a brain aren’t buying this BS. Biden was placed in the presidency for one reason, he was the perfect dumb ass that would ruin America at every aspect, the economy, military, border security, energy independence……..you name it Biden will screw it up. That is the Left’s agenda. Republicans are accepting enough to allow it. In fact they’re good with it, they haven’t the will to fight for the American people. We have been betrayed, by those we elected. We are alone. It will get worse, we are no longer recognizable. They made us dependent via mind control, liberal teachers/professors, even churches. What really is there left for us to do to save us………….Trust in Jesus.  (Arlin Report comment)

Jean-Pierre absurdly claimed the economy is in a better place now that it has been historically.

“What I’m trying to say, Peter, is that we understand that people are feeling this,” Jean-Pierre said.

“We are in a historic place in history — historic place right now — as we look at where we are with the economy,” she said. “What I’m trying to say to you, is that the economy is in a better place than it has been historically.”

Does she actually believe the bs she…

Having told people to pay attention to the president’s policies and “not overly focus on moments in time”such as being filmed without a mask inside a Washington, D.C., restaurant, Psaki is now the highest-profile White House official to publicly disclose they contracted the virus, raising questions about how the presumably always-mask-wearing-and-always-socially-distanced-and-fully-vaccinated official could have got the virus given the ‘science’.

Psaki opted not to travel withPresident Bidenand other staff members to Europe on Thursdayafter a member of her household tested positive for the virus, she said in a statement. She last held a press briefing with reporters on Wednesday at the White House.

Gwen Berry, flag-snubbing US track and field star, defended by the White House Psaki: Biden believes “pride in our country means recognizing’ that we ‘haven’t lived up to our highest ideals’ One moron said to the other moron; why is it that kids these days are as stupid and disrespectful as they are?? The 2nd […]

Does this #surprise anyone???? — The Goomba Gazette 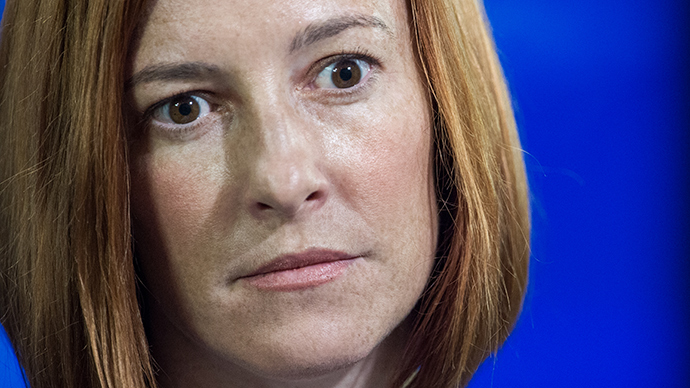