By Dr. John Reizer On Sunday, October 4th, I forced myself to briefly watch the mainstream news coverage about the fake virus and the POTUS riding around in an armored SUV, wearing a face mask, and waving to supporters. There were approximately ten medical geniuses, adorned in white doctors’ costumes reporting to the hypnotized audience […]

Covid-19: The Ridiculousness of the official Narrative — NoFakeNews.net

I don’t measure success by how many days of vacation the POTUS takes, but what are the accomplishments.   BTW the phone is always near by, and many meetings and business are conducted on a golf course.

Those that bitch about Trump taking so many vacation days or has hit the course are the same people who don’t want him signing executive orders and want him OUT of the oval office.

He, Trump,  can still sign a doc, give an order, make a statement from green to tee box; even Tweet!

Special counsel Robert Mueller and his investigative team and lawyers, they benefit the most.  We the people, for us to benefit, the truth must come from this special counsel.   Do you trust that to really happen?   The truth, the whole truth and nothing but the truth?  When was the last time WE could rely on anything coming from Washington D.C. to be factual?

Robert Mueller, was to go in and investigate if the newly elected POTUS obstructed justice, mostly against former FBI Director James Comey.    Mueller and Comey are tight…… Comey trusted Mueller could in the least give the implication Trump was obstructive.   That hasn’t worked out so well, not as planned.   We have found Trump had good reason to fire the Director.  Russia, Russia, Russia…….. lets nail Trump on Russian collusion.  The arrows have pointed in other directions…….a boomerang effect.

Going after the big fish has only landed a couple of minnows on this Mueller fishing expedition.  Mike Flynn may be (May be) next in the net.   This too appears to be more about Flynn than Trump.   For all that they (the Dems, the libs) were hoping to catch…….it has to be rather frustrating for them.   They’ve even tried framing Trump and false accusations, that they were actually guilty of.

How many more months or years will Mueller and his band of lawyers remain on this fishing trip?   This is exceptionally expensive……. their salaries and expenses are costing tax payers millions.   What will be the end results, who will go to jail?   Manafort, for his personal crimes?  Anyone breaking the law should be held accountable and punished, that includes Washington elites.   They should have the same repercussions as the average American Jack and Jill.

To extend this expedition started by the Left because they can’t live with the outcome of the presidential election……..is costing us millions if not billions.   Investigate and follow the real evidence and the MONEY.   That trail will lead us to the guilty; that is where the collusion and crimes lie.   Will they lock up the guilty?  Will they ever go to trial?   Washington doesn’t have a good history of doing that to their own.   Originally I thought, and I am not convinced he still isn’t, was for Mueller to go in and cover-up, not investigate the real crimes.   How long should it really take?

So, the longer this goes on, the more money for Mueller and his team (they are the beneficiary’s).   Who pays………you and I.

“Ignorance is not a virtue.”   Was the POTUS speaking of himself?   One can make the argument, that while not intentional, he was!

Bernie Sanders is not serious about winning the Democratic nomination for POTUS.   Sanders does not take advantage of Hillary Clinton’s vulnerabilities. At the most, he is letting the Republicans do it for him; but they are not, not yet.   The Republicans are too busy beating up on one another; as Trump has stated “I haven’t even started on Hillary yet.”

It isn’t like there is no material for Bernie; there is plenty.   If you are running for office and want garbage on your opponent; Hillary is your man……woman, whatever, prime.

Bernie Sanders acts more like a sparring partner.  He is prepping Hillary for the big bout.

In an interview with Scott Pelley at Clinton’s Las Vegas campaign headquarters.

PELLEY:You know, in ’76, Jimmy Carter famously said, “I will not lie to you.”

CLINTON: Well, I have to tell you I have tried in every way I know how literally from my years as a young lawyer all the way through my time as secretary of state to level with the American people.

PELLEY:You talk about leveling with the American people. Have you always told the truth?

PELLEY:Some people are gonna call that wiggle room that you just gave yourself.

PELLEY:I mean, Jimmy Carter said, “I will never lie to you.”

She is sick, she really believes she is always truthful, she may not know the difference……..She believes if she says it, it must be true.   That or she is simply evil…….probably both. 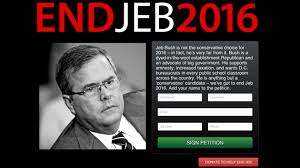 It is frustrating for Jeb Bush to so badly trail an outsider, a non-establishment rookie politician.   That is what really hurts, a political newcomer kicking Bush family ass.   Jeb is the weaker Bush.  Jeb is more out than he has ever been in for the race for the Republican nomination for POTUS.   Trump is embarrassing Bush.   Period, end of story.

Trey Gowdy knew from the start. He knew from the very moment he called for Hillary Clinton to testify before his committee she would do what?  Lie.  Trey Gowdy understands that Hillary is an habitual, pathological liar. She has most of her adult life.

Followers of the Hill, that worship her, are as I have written earlier today suffering from a condition called the Stockholm Syndrome.   The victim sympathizes with the abuser, in order to survive.

Trey got what he wanted, again, only under his committee, not the other seven.   He got Hillary to lie under oath.   Her testimony would never indict her, no ones does…..unless you out-right confess.  It takes evidence…… email records, contradicting the events. It takes text messages, like…….. It was a mob or riot caused by a video, the story she fed to the American people vs. a “It was a terrorist attack” (before the attacks were even over) text to Chelsea.  She told America it was because of a video but her daughter she said, “It was a terrorist attack”.   Did she lie to Chelsea? I doubt it.

Trey has her recorded.  If the evidence and her recorded answers don’t match……she could be toast and they don’t match, but she won’t burn.   Obama, won’t let Hillary burn, not as long as she doesn’t take him down with her.   He’ll stand by her side, despite the fact he hates her.   As long as Hillary doesn’t come out and pull Barack into the mix…….he’ll cover her.   The Obama DOJ will not convict, let alone indict Hillary Clinton; as long as Hillary doesn’t admit that she was following the direction of Obama,  ignoring the pleas for help from the Ambassador and that she went along with the  “it was because of the video” story.

Barack Obama is Numero Uno.   Hillary is number 2.   If you want to cut off the head, you go after number one.   Number two often becomes a scape goat, though Hillary is far from being a scape goat.   If Obama falls she would fall with him.   She is a full enchilada of her own.   It’s a standoff……..if Hillary  squeals on Barack, Barack goes, will maybe, we know she is a liar.  If Barack squeals on Hillary, Hillary goes.   But they are responsible for their own action.   Their action is selfish in the least.   The question is, who needs the other the most?

Obama, has the trump card (no pun intended).   He is the president and his word is better than hers?   Ummmm, I don’t know.

The point is, we all know Hillary has her own political aspirations.  She wants to be POTUS in the worse way.   There isn’t anything she would not do or say to take the oath of office.  What a joke, Hillary taking an oath.

The bottom line is, they should both be wearing orange prison clothing.

You wake up one morning and the POTUS has renamed an American mountain.   Have not read all the reasons why as of yet, but, with all the things to be concerned about with the direction of this country, renaming a mountain would not be one of them.  Is this on the Obama accomplishment list?