In July, CAIR participated in the Million Muslim Voter Summit which endorsed and hosted Democratic nominee Joe Biden. A recent report revealed that Kamala Harris has a long-standing relationship with a Muslim organization that is connected to Hamas and the Muslim Brotherhood. The mutual admiration goes so deep that Harris responded to a Muslim terrorist […]

Originally posted on LeoHohmann.com: The Muslim Brotherhood’s emblem and slogan is focused on spreading Islamic law through both the sword and peaceful jihad, also known as cultural or ‘civilization’ jihad. “When an unclean spirit goes out of a man, he goes through dry places, seeking rest, and finds none. Then he says, ‘I will…

(of nations or peoples) exist in mutual tolerance despite different ideologies or interests.

“the task of diplomacy was to help different states to coexist”
I recently posted a blog about the Muslim Brotherhood’s Project.    To dominate the world under Sharia Law, for all to be ruled under Islam, through means of violence, killing anyone not Muslim.
Someone posted me a message I need to learn to CO-EXIST or leave!
First of all, I am not going anywhere.    Secondly, if their idea of co-existence is for me to accept their immoral, wrong, destructive and murderous ideologies and replace it with ours, then this world will just have to continue with nations at war with one another.
I will not sacrifice freedom, my Christian values and worship by caving in simply to co-exist under their terms; especially a radical Islam.    You can not co-exist with someone who believes the only way to co-exist is to exist under them not with them. 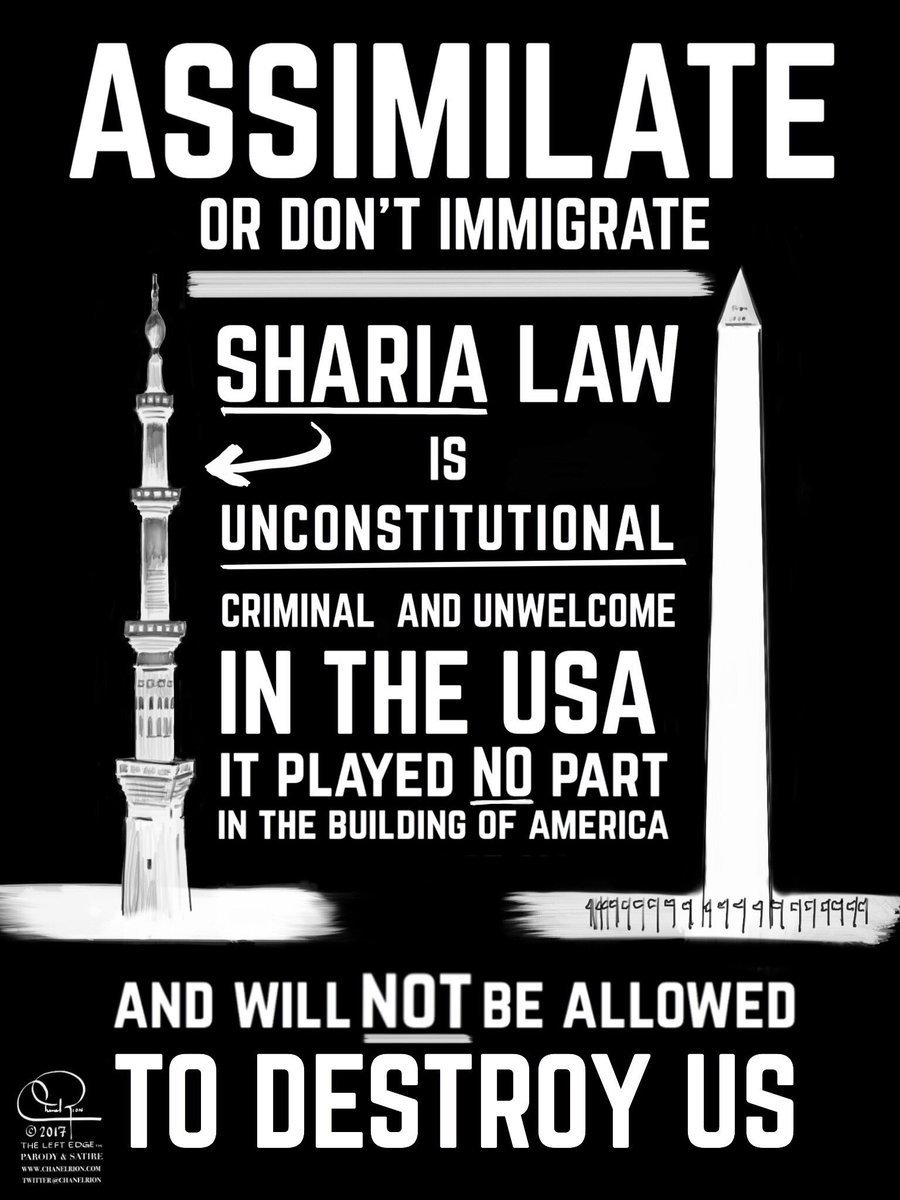 Source: First Muslim Governor About To Take Over This State – Here’s The Terrifying Changes He Plans To Make Immediately ⋆ Freedom Daily I take no pleasure in saying what I say regarding Muslims. I am here to protect loving God fearing people. There is a petition out to ban Sharia from all 50 states. […]

via THE MUSLIM BROTHERHOOD “PROJECT” FOR NORTH AMERICA (FROM: THEY MUST BE STOPPED) — Arlin Report

Muhammad is the prophet and founder of Islam.  Muhammad “married a six-year old girl and consummated the marriage when she was nine.” from They Must Be Stopped.   Muhammad instructed Muslims to convert (use as slaves) non-Muslims to Islam and to kill (murder was acceptable to the Muslim Prophet) those that could not be converted.

It will take more than a travel ban to fight and guard against this surge of the Muslim Brotherhood’s PROJECT.   They have infiltrated our communities and government.  Camouflage………worse than a Trojan Horse, worse than wolves in sheep’s clothing.

Whether they actually worked with the Obama administration is unproven.   But suspect. But it wouldn’t surprise me!

It will only continue to spread; these acts of terror from Islam.   Its in their book, the Koran.   Murder and rape are acceptable, honorable acts when carried out by Muslims against the infidels (all non-Muslims); that is their belief.   The Muslim Brotherhood, encourages violent death to the West.  Muslim world domination is Islam’s goal, to be carried out with a “whatever it takes” mindset.   Islam is not a peaceful religion.   Islam is a violent religion/political/cultural mix equaling terror!

The “peace loving” Muslims are camouflage, used by the radical Muslims, to lure us to sleep; to accept them.   They are worse than a Trojan Horse.  They are worse than wolves in sheep’s clothing.  They are here, and that includes North America to destroy Christians and Jews.  Convert to Islam or be killed by Islam……….that is a motto they share.   Peaceful coexisting life is falsely taught, falsely preached.