That is Joe Biden on the far right, in case you don’t recognize him. This is the side of him you/we see most often. This is the portrait of a COWARD!

Originally posted on #Breaking144 @Breaking144: #AceBreakingNews – 10/04/17: 23:54: US Army Orders Additional $497-Million in Services From Contractors – Pentagon – #AceNewsDesk reports EDITOR NOTES: Thanks for following as always appreciate every like, reblog or retweet also our newspaper is added with all our posts daily below: Private Messages to https://t.me/acechatnews All our other main…

I AM THANKFUL TO THOSE AWAY FROM THEIR FAMILIES, SACRIFICING SO THAT WE MAY BE WITH OURS ON THIS DAY.  BE SAFE AND KNOW YOU ARE IN MY THOUGHTS AND PRAYERS.

Obama is making Trump look smarter everyday!   On where is the Pentagon on all of this? Obama fired the military officials that would oppose him, or challenge his policy and execution.   That is what dictators do!  If ever there was reason for a coup against an American president; Obama was the perfect fit.   He got rid of brass that had balls! 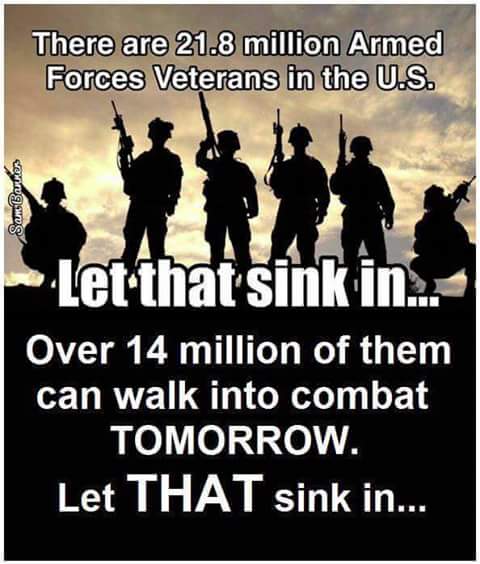 Then add those law abiding citizens that have not served in the military but will defend this country to their death…….that legally own guns.   It’s a pretty impressive Citizen’s militia.   That also frightens Obama and Hillary.

Nothing would be worse than for the United States to die a death within our own borders, as unrecognizable as they are becoming, by an enemy within and an Islamic terrorist army, that we currently have total massive military superiority over.   All because of a jackass by the name of Barack Obama, assisted by one Hillary Clinton.