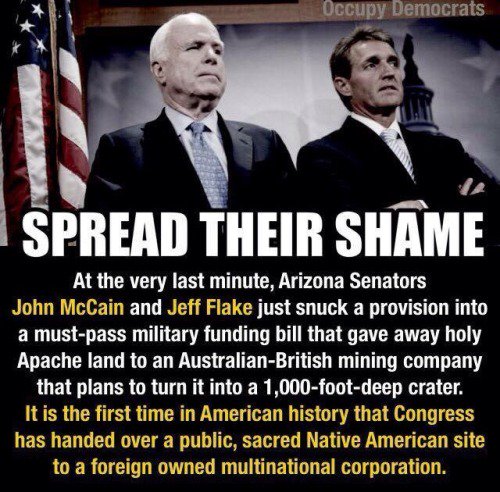 John McCain, you keep showing us why you could never have won the presidency.   You get slaughtered in debate, are easy to counter argue.   You don’t think before you speak.   Many politicians do that, including Trump………..but you, you are easy to chop up.

McCain’s latest criticism of the POTUS, “he believes Russian President Vladimir Putin over senior US intelligence officials when he says his country didn’t interfere in the 2016 election.”

2nd……. Mr. McCain, the U.S. Intelligence officials you so highly speak of, was/has been at odds, if not political war against Trump, even prior to him being elected POTUS.  Like the Left, Trump was not their CHOSEN ONE.

3rd….   Mr. McCain, are you saying the CIA (FBI for that matter) has/have always been honest with us, or even honest with this President or other past Presidents?   Seems false info has been given to Presidents by the (cough/gag) “Intelligence” organizations often.  If JFK were only alive today, what would he have to say about the CIA?

The CIA will only share what they WANT us to believe, and that would include the POTUS.   I would say Putin’s word is as good as U.S. Intel!

When Putin was asked by Trump about Russian interference, what did you expect him to say?   Oh, of course we did?  Truth is, Russia has always tried to influence U.S. elections and other elections throughout the world.   That is what communist/socialist nations do!

We should accept they probably did meddle, they did not determine who won.   They were not the deciding factor.   But, we should move forward and try to keep it from happening again, or at least lessen it.    Illegal voters voting, voting fraud is a much greater problem.

Mr. McCain, Senator, retire……..you’ve lost what logic you ever had.

And then there is this: 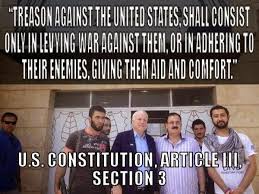 By End Times News Report The real #Russiagate includes a syndicate of globalist power-players, including Evelyn de Rothschild, George Soros and John McCain. Paul Manafort is only a cog in the greater New World Order machinery that is slowly taking control over all the resources on the planet.

Originally posted on Socialism is not the Answer: Captain McCain, steel balls in hand. New Zeal By: Thomas Wigand ? ? The classic 1954 movie “The Caine Mutiny” crescendos with a court martial. Charged were crewmembers that had relieved Captain Queeg of command during a storm, citing as their defense their fear that his mental…

via The McCain Mutiny — Brittius 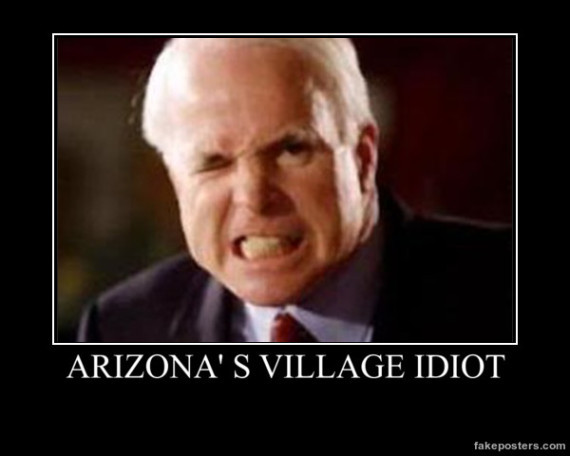 Originally posted on Reclaim Our Republic: CNN’S BASH ADMITS COMEY MEMO IS “DEEP STATE” REVENGE AGAINST TRUMP McCain Scandal DEBUNKED – The White House In SHOCK May 16, 2017 ? As we all know, back-stabbing Senator McCain has been experiencing extreme difficulties in hiding his scandal ever since he turned his back on Trump. From…

Authorized visit?   Who authorized THIS meeting?

D.C.s political establishment, the elite do as they please!   McCain has a long history of building unauthorized ties and relationships…… Flynn forced to resign?   Ohhhhh the hypocrisy.   Clinton, Hillary and Slick Willie have done the same (for cash)……. never forced to resign, never prosecuted.     There absolutely has to be a shadow government, secrets powers interfering with the new administration; who were ruling until Trump.   They are attacking Trump like no one else before because they fear he will expose and bust them.   Obama……right in the middle.

The establishment trying to destroy Trump and his administration….to keep what they have built all these years.   Trump for the people ……….  Establishment for the Establishment.   It is a club……a ruling club.  Their candidate LOST…..so now they revert to smear.

Go ahead, call me a troll, paranoid, conspiracy theorist…. I don’t care.   Wake up!