This New ‘Pandemic’ Is Straight Out Of The Twilight Zone! Symptoms Range From Deja Vu To Confusion! — Justus Knight News

I find this interesting, how Sarah Palin was made fun of, ridiculed and described as just plain stupid. Now Sarah was only the running mate (for VP) to John McCain, but you have to admit for the most part a very effective governor for Alaska.

Compared to presidential primary candidates Elizabeth Warren and Kamala Harris, Sarah Palin looks like a savvy genius. I have no doubt Palin has better math skills than Warren. Common sense, which I don’t believe to be a learned skill, you either have it or you don’t. Warren and Harris have demonstrated very little. Most of the time Palin’s logic was hard to argue. Most of the time Warren makes no sense and her logic is hard to follow.

It must be nice, if you’ve been called as a witness by Adam Schiff several days ago, and upon Schiff releasing the transcript of the hearing the witness can say ‘oh wait hold on I just remembered something, I presume Trump had a quid pro quo…….or Trump did this, but I presume it happened’. So now the Democratic Socialist are wetting their pants with excitement that now they have something. IDIOTS, presumed means something may have happened because there is a possibility or even probability something you claim to have happen “may” have happened. Let’s even say probably happened. That isn’t proof. Presumed is very similar if not synonymous to assumed. There is a gap here though presumed/assumed leaves doubt. You must prove something to be true with out a reasonable doubt to be convicted of a charge. That is how its supposed to work though and that is not a presumption or an assumption.

Rep. Eric Swalwell-CA, accused Trump of extortion on Fox News this evening, because of the above mentioned presumption. Why is it all of these representatives and senators from California are the biggest whiners and idiots. I mean, Schiff, Pelosi, Feinstein, Kamala Harris, and Maxine Waters…………wow what a crew!

Campaign donations is never dirty enough to refuse is it Kamala?

Trump drives Democrats/liberals and Socialist Democrats as well NUTS!   We saw the reaction in 2016 when he won the Presidency fair and square and according to our Constitution.  We saw the tears, the screams the Zombie look when their Princess Hillary LOST.

Now, a Democratic hopeful for their party’s nomination for president acknowledges some of those whom she refers to as “us” (no Kamala not all of us) has needed individual and group therapy.   She said some of us…….. would that include you Kamala?

At first I thought this must be a joke (the video of Kamala’s therapy necessity statement).   It comes from a post by the Tea Party.   Now I don’t hold everything the TP says to be the solemn truth, actually I don’t take their word for anything; but make no mistake about it, the video is clearly Kamala Harris, and her comments about therapy are hers.   Now this must be an accurate description of the Democratic/liberal followers, as we all know Kamala is THE representative of their thoughts and feelings.   She is so close to “her people” she can feel their pain.

My thoughts, this proves the instability of the Democratic Party.   Donald Trump’s election and his residency in the office of The President have many Dems in a state of a near nervous breakdown; while some have reached a total breakdown.  Some have shown evidence of insanity.   Adam Schiff, and Schumer come in mind. Nancy has always been off her rocker.   If this is what drives you crazy to a point you need mental therapy Kamala, we certainly don’t need a president that loses it when the heat is on.

See Kamala’s comment in the video on the link below. 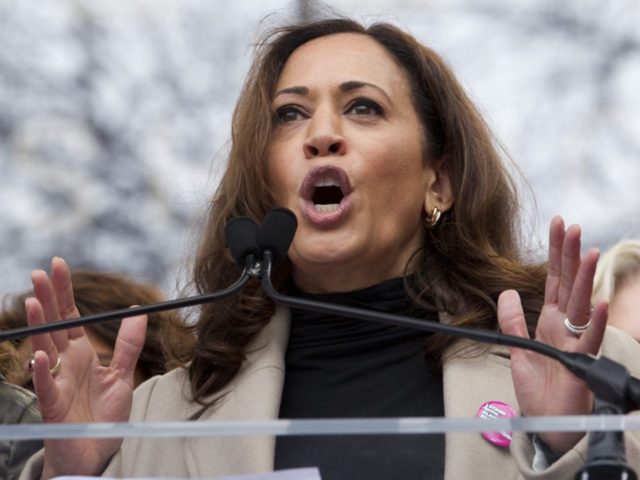 Ed. Video HERE of Kamala Harris doing everything but diving under a building in order to avoid answering a question about Jussie Smollett’s, phony hate crime stunt. Her case of the nervous giggles added to a desperate search for someone, ANYONE to bail her out in her time of need…well it has to be seen […]

via If You Love Your Healthcare…

The Democrats have been screaming now for sometime about Russian influencing our elections.   Never mind though that 58,000 illegal immigrants voted in Texas alone.  By the way Socialist Dems that is voter fraud.  You bitch about Russia’s influence because you fear they don’t favor the Left Democratic candidates.   If they did you’d be silent.

Russia has been trying to influence our elections for generations.   THEY ARE COMMUNISTS, SOCIALIST………THAT IS THE RUSSIAN STRATEGIC WAY.   Their government also influences their own elections.  Surprised?  I know this may be a shock to some of you but the United States government has influenced elections as well.   No kidding ask Hillary!

An open border is a recruiting tool for new Democrat voters.  Forget the legality of it all!  Kamala Harris will want to include all those illegals for her “Medicare for All” pledge, it doesn’t matter they’ve contributed a dime.  You naturally born Americans and you who became citizens legally will contribute more which means you’ll have less as those who never contributed get more (the free stuff).

via Kamala Harris vows to get rid of private health care plans: ‘Let’s eliminate all of that. Let’s move on’ — WEATHER INTERNAL