We know in America, when it comes to politics and OUR politicians the truth does not always shine. But its now trying to peak through all those stormy clouds. There is hope. (The Arlin Report)

Originally posted on Reclaim Our Republic: Nunes and Gowdy meet behind closed doors with DOJ and Intelligence officials May 10, 2018 by Sara A. Carter ? Department of Justice Attorney General Jeff Sessions has bought himself time from a threat of contempt of Congress for failing to produce classified information lawmakers requested after the Chairman…

Why is Jeff Sessions reluctant to investigate the Obama administration, Hillary in particular?   Don’t give me that, “Hillary has been investigated”.   We know that Comey and the FBI did not legitimately investigate Hillary Clinton, they covered her up.

I think Jeff Sessions has this fear of “the Clinton body count”.   He doesn’t want to become a victim; therefore reluctant to do his job……….in the case of the Clinton Crime Cartel.

Originally posted on Gunny G: BLOGGIN’ BAD!~MAKE AMERICA “AMERICAN”! AGAIN!!!!! BRING BACK AMERICA’s HAT! (THAT BAD ASS DEPLORABLE FEDORA!) ~ $H!T-CAN THE STAIN, STIGMA, STENCH AND SHAME OF “THE PRINCE OF FOOLS”~ AND: “FINALLY,” ~ BRING THE “POF” TO JUSTICE!, EXPOSE! AINOs (AMERICANS IN NAME ONLY), AND FLUSH THE SWAMP~POWER-FLUSH! “TWICE!”-(“FLOATERS” Y’KNOW!) -POTUS .45 TRUMP COCKED and LOCKED!…..-ONE RIGHTEOUS MAN–IF WE CAN KEEP HIM! ~ Illegitimi non carborundum..!: Skip to comments. Gaetz:‘If Jeff Sessions Does Not Appoint a Second Special Counsel, We Need a…

Does AG Jeff Sessions understand his job?   Who is he protecting?   Who is he afraid of?   Lots of questions circle Mr. Sessions?   Is he becoming part of the problem in the Swamp?   I could go on and on with questions for the AG. 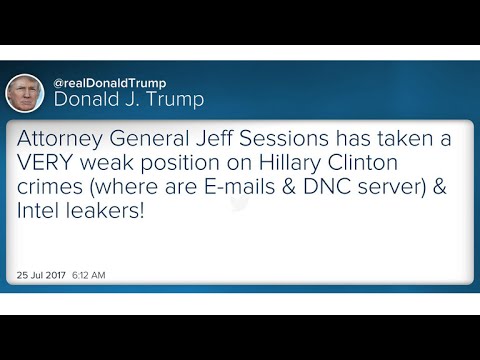 Point is………..he didn’t need one.   Not enough evidence to investigate Hillary Clinton?   IS HE FREAKING KIDDING?!!!!    Comey and the email fiasco, isn’t enough?  There is enough to investigate Comey…….let alone the Queen of Crime.   Sessions is doing what everyone before him has done………… cop-out, run-away.   He is afraid of the Clinton Crime Cartel, he knows people die!    What a coward!  Sessions should definitely be fired.   Immediately!   Sessions is proving to be a part of the Elite Washington Establishment.   He is part of the system.   Protect all that is wrong about D.C.   Sessions is scared to death where an investigation would lead.    Think about this, he just did ask for the DOJ to evaluate if a special counsel should be appointed; and got his answer THAT QUICKLY!   He already had the answer, it was his.

Jeff Sessions do your job!! 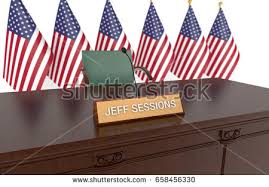 AG Jeff Sessions should have the busiest job in D.C.   Has anyone seen Jeff Sessions?  If you can’t get indictments now……. it is a sure sign of collusion on both sides.    Do the right thing, actually work for The People for once.

I believe Jeff Sessions’ heart is in the right place, but he does need to grow some testicles.

Is Sessions afraid of Hillary Clinton and the Clinton Crime Cartel?   It is beyond time to stand up to the Clintons.

Originally posted on John A Pappas: You have a son or daughter raised in the conservative values that you as a parent taught them and you know darn well there will be a very good chance they well be harassed for their cultural values that you have raised them with by Marxist professor’s that are…

I don’t want to toss Hillary under the bus.   I want to slam her under the bus, back up and go again.   I won’t read her freaking book either…… I don’t need to.   People on Fox, are sharing the crap she is claiming, which isn’t a surprise.   Its a blame game, which is the game she always plays.   Hillary is trying to make herself look like the ultimate angel.   She’s never been an angel, so we can not refer to her as even a fallen angel.

Hillary is even slamming poor James Comey.   The former FBI director that kept her from being indicted………probably for many crimes.   When Hillary no longer has any use for you, your tossed in the dumpster.  The longer Comey is there, the stench continues to rise.

Now, it is time for someone (Jeff Sessions) to do something with Hillary and (Bill, Loretta and Barack).  These are just swamp dogs, that need to be taken to the pound.  NOW!