Have a wonderful day!

Bernie Sanders graduated from the University of Chicago with a B.A. Degree in Political Science in 1964. After graduation he lived on a kibbutz in Israel. Since I am not Jewish, I wanted to know what a ‘kibbutz in Israel was. To me it sounds like a commune, an agricultural commune. After leaving the kibbutz it is unclear what Bernie Sanders did for a living. Union carpentry and freelance writing….. is all I came up with, before he was elected mayor of Burlington in 1981.

Bernie is and has thought of himself as a socialist, conveniently calling himself an Independent Democratic Socialist. He needed a party ticket to run on……….independents seldom win and socialists, little to no chance, not in America. Right? Sanders has lost more political races than he has won. He has run for governor of Vermont and lost. He ran for House of Representatives and lost as well as the Senate. Eventually winning a House seat, then the Senate. I am not going to go into the years he lost and won……. it would look like a checker board, or some type of puzzle (a maze). Bernie politically speaking is hard to keep up with. One thing is certain, he has very little accomplishments. He is more of an activist than a representative. Bernie represents Bernie, and wherever his socialist ideas take him. We do know Bernie favors free stuff for everybody! Literally! Bernie wants to see everyone equal across the board, except for the most elite decision makers, the wealthy. He’d like to take from the billionaires because he hasn’t yet reached that plateau. Take from them, drag them down to his level of millionaire status. The rest of us, the serfs, the commoners, to be ruled by the elite. Bernie is very jealous of those who have accumulated more wealth.

Bernie has a lot of unexplained time on his hands………we know some of it was spent in the old Soviet Union, where he thought the bread lines were amazingly wonderful.

People, Bernie is a communist.

Except……..civilians in Gaza are not like civilians anywhere else.  They are actively violent, especially towards Israel.

Originally posted on Reclaim Our Republic: This president Is NO Friend Dec 31, 2016 by DR. MARK CREECH ? Last year, Judson Phillips wrote in the Washington Times something apparent to anyone politically astute. He said, “It is beyond debate that America has a president who is cheering for and working for our enemies. We have…

Dershowitz dishes the real Obama Dirt I thought about attempting to explain this point about the UN “Christmas Surprise” where the US government ambushed the Israeli government — but I think everybody knows how I feel, so here is a take on it from Alan Dershowitz, one of the smartest guys in the world. Alan […]

L FOR LEVANT, THE LAND THAT INCLUDES ISRAEL

GO TO THE LINK BELOW.

So, is Obama sending a message when he refers to the ISIL (Levant, to include Israel)?    Why does he really refer to them as ISIL and not ISIS?   What is really going on?   Is there more to this, is Obama saying Israel is connected to ISIS? 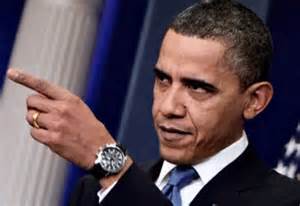 Stop that darn it, and I mean that.   Don’t make me come over there!

I guess the chicken shit had to say something.