Even this report “could be” misleading. We/they don’t know how many of these troops already suffered with brain injuries prior to the attack. There are many people with concussions, concussions that go un-diagnosed. Many of our troops suffer concussions simply from their daily routine. The number of service members diagnosed may have been brought to the medical personnel’s attention because their was an attack and they found many suffering from head injury, not necessarily caused by the attack. (Arlin Report comment)

Washington, SANA- Pentagon said that 109 US service members have been diagnosed with traumatic brain injuries following Iran’s missile strike on Ain al-Assad base, west of Iraq last month which came in retaliation to the crime of assassinating Lt. General Qassem Soleimani. Reuters quoted the Pentagon as saying in a statement that 109 US service […]

Turncoat Republican Mike Lee, Who Favors Foreign Workers Over US Workers — LOSES IT and Lashes Out at Trump Admin After Iranian Briefing by Jim Hoft January 8, 2020 Senator Mike Lee’s (R-UT) bill to lift per-country caps on permanent residency, long sought by Indian and Chinese immigrants, failed to bypass a roll-call vote in […]

Nancy Pelosi tonight: ” Closely monitoring the situation following bombings targeting U.S. troops in Iraq. We must ensure the safety of our service members, including ending needless provocations from the Administration and demanding that Iran cease its violence. America & world cannot afford war.”

Given Iran’s past demonstration of hitting targets with their missiles with greater accuracy than tonight; THEY DIDN’T REALLY WANT TO KILL ANY AMERICANS TONIGHT DID THEY? They knew how Trump would respond. Their media, controlled by their government, are claiming approx. 30 Americans were killed (there were none as of now). How would they have known that? They wouldn’t have. They knew their launches fell short, possibly deliberately. They had to save face on the inside and they had to give a kill number. They are as bogus as the media itself. Look for terrorists type attacks in the future. They’ll go back to business as usual. However, that too would be a mistake. We’ll know when the Iranian regime is behind attacks. They leave calling cards. They love to brag, to look mean and powerful. They’ll get the same response they feared tonight in the future.

Can you imagine how the last week or two would have played out if any of the 2020 Democratic candidates where President, or God forbid Hillary Clinton? #1 the now dead terrorist general of Iran would still be alive.

Three American contractors reported to be kidnapped in Baghdad.  Click link above for AP story. 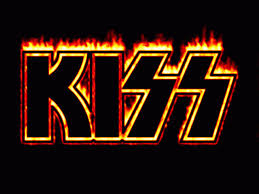 This video  (the link below) of KISS in Iraq with our troops speaks for itself.  It is worth 5 min. of your time.   I’f you are American l bet your eyes get moist!

Does anyone really believe that there will ever be peace in the Middle East?  It has been a violent region since early biblical times, it always has been, it always will be.   In my opinion, real peace is a hopeless dream.

Wars, terrorist activity, often over religious difference; and so many other reasons for the hate and fighting are too numerous to mention.  You name it, someone is killed over it.  They have been fighting for so long, it’s in their genes.  Children are taught to hate, to especially hate Israel and Americans.   They are committed to destroy us.

The moment troops left Iraq, the door was reopened for militants to have their way.  While our troops were there, Iraq was not at peace, just not as violent.  When our men and women left, so went civil order.  What did we think would happen?   Oh, we gave them some weapons, some training………..but you can’t teach will.

American lives were lost, many lives damaged……..physically and mentally, and now for what?  My son was in Iraq for nearly a year as an Army Staff Sgt., I can’t imagine how  he feels now.  I don’t have the answer, but there does need to be a military presence to keep the violence to a minimum.    It just can’t always be the United States.  How long do we sacrifice our military men and women in a hopeless land and for people who have no gratitude, only hate? You pray for the children, that attitudes can change……praying just for hope.  Peace is another thing.

Was it all in vain?   I pray that it wasn’t, if only for the sake of our men and women who sacrificed for the freedom of others.