Originally posted on depolreablesunite: H/T Bearing Arms. DemocRats want to keep guns out of the hands of law-abiding citizens but do not give a Damn if illegals get ahold of a gun. I get that Democrats are fond of illegal immigrants. I get that. While I don’t like it, I can at least understand that… 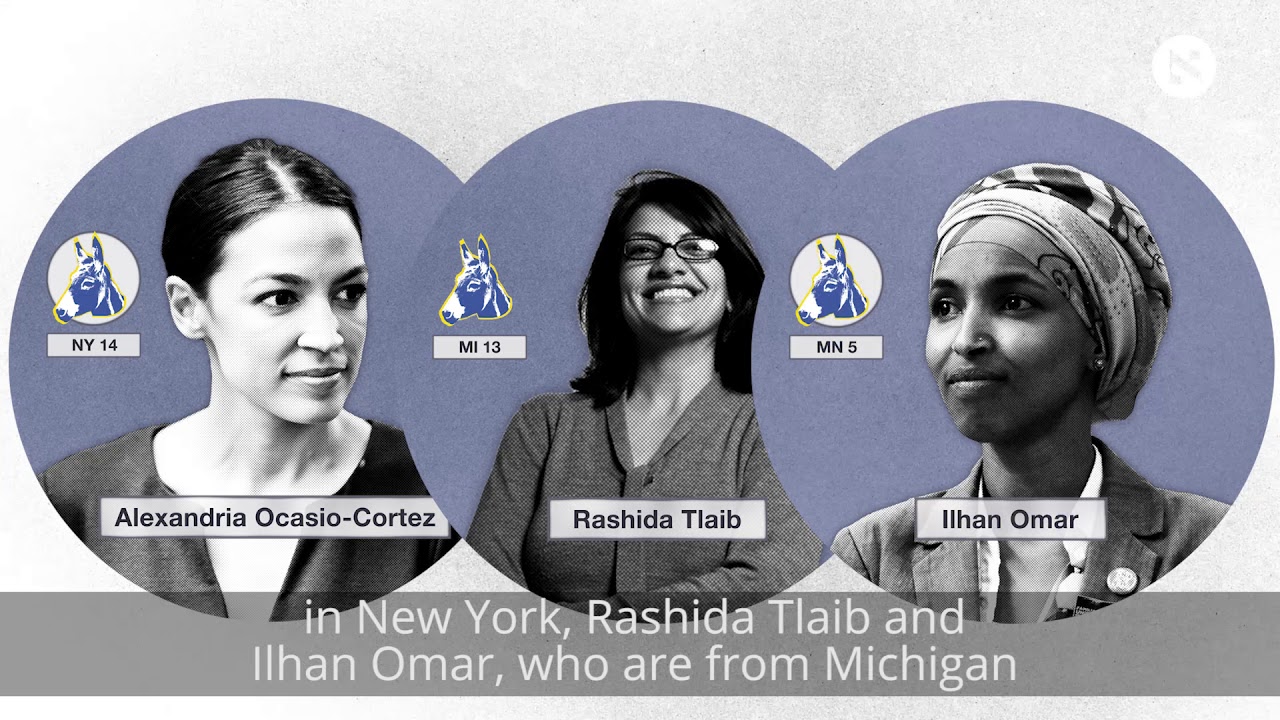 From the mouths of babes!  The fresh-women, of the Democratic Socialist Party are taking control of the left, far left.  Democrats supported these nukes to get them elected in order to take control of the House but can not control them.  Nice job.  Nancy did her best, leaving Ocasio-Cortez out of the Climate Change Committee.  But, that will allow her to continue to say what she wants, when she wants.  She will continue to be ignorant from it all.  Nancy and the Democrats do not know how to deal with their newly elected agitators.

The Socialists from “The Party” have drunk the poisonous Kool-Aid served by these wild, misguided kittens.  Dems have jumped on Ocasio-Cortez’s ridiculous New Green Deal and why not it got her attention.  Anything stupid and destructive now becomes part of the Democratic Socialist’s agenda.   Rep. Omar’s anti-semitic comments came deep from her Muslim heart.  The Dems have a highly populated Jewish membership.  Lots of money.  By the way, the Green Deal includes more BS than just addressing climate change.   What does eliminating ICE have to do with climate change?  Nothing, its the way socialist work, by destroying.   Cortez would spend trillions for a program that will ruin America, economically and physically.   Spending 5.7 billion to build a wall for our national security, violates everything socialistic and disrupts Cortez’s nutty mind.  Anything resistant to Trump is supported by the Left.

The Democrats have a serious problem, however, since stupidity has become the ground base of their party, they will grab on to the tails of these dogs and run further into the Deep Dark State.

Ocasio-Cortez, Tlaib and Omar are the greatest gifts from the Democratic (Socialist) Party to President Donald Trump.  The American people are laughing, and scared of these cartoonish monsters.   To some of those previous Trump haters, the President isn’t looking so bad now.

This is why the Democrats want the border open, and illegals allowed to vote.   They need their votes (to continue to grow the Nut House).  Common sense Americans will drift away from the Democratic Socialist Party of DESTRUCTION.   Keep talking ladies.

The Democrats may be coming out criticizing Omar’s anti-semitic comments, but only because it is the politically correct thing to do.   Realistically, THEY GOT WHAT THEY ASK FOR, even though she was elected from a Muslim populated district.   Democrats were proud to have her, she helped carry the Nut House.

Front Page: “Rep. Alexandria Ocasio-Cortez falsely claimed to be a girl from the Bronx, when she was actually an architect’s daughter from Westchester. Then she decided to claim Jewish ancestry and now, joins Senator Elizabeth Warren in claiming to be Indian.” FB: “The self-described Democratic socialist spoke on Thursday alongside several liberal groups, including MoveOn […]

via (OAKLAND, Calif.) ICE Chief Immigration Head: Blames Calif. Mayor Libby Schaaf for alerting citizens of impending raids on their area and says it allowed at least 800 who avoided being arrested – it was like a ‘ Gang Lookout Yelling Police ‘ and might have put agents lives in danger ..he’s looking at wether she obstructed justice by her actions #AceNewsDesk reports — Ace News Services

To truly drain the swamp, you must trickle down replacement policy, not only from the top but down into all the government agencies.   Obama leftovers/holdovers need to be replaced as soon as possible.   You can’t do it all at once and it takes time; however, it needs to move quicker than it is.   Trump, Mr. President sir,  finish the job of flipping all that has Obama’s mark, all his appointments, all  those committed to Obama’s agenda.   The Border Patrol loves Trump policy, but it isn’t happening quick enough.   They want to do their jobs……..completely.   ICE, is in the same boat, love the policy……..but move out those holding them back; Obama’s people.    ICE wants to do their job, but don’t want to have to take off bullet proof vests because it offends a neighborhood (That’s the OBAMA BS they dealt with in the past; still are because of Obama holdovers, still supervising).   As they say, getting shot is also offensive.

Originally posted on Flurry of Thoughts: Five Kenyans were among a group of 72 Somalis deported back to their native home this month after breaking U.S. immigration laws, according to a report by Midnimo Information Center. According to police and immigration officials, the group was transported via private plane to the Jomo Kenyatta International Airport Friday morning. “They…