A buddy of mine, from NYC just made an excellent point, I had not thought of; Anthony (I want your teenage daughter) Weiner and Huma (I want Hillary) are back together so they don’t have to testify against one another.  Then when the Clinton’s have no use for the little Weiner he’ll shoot himself in the head as an act of suicide (that WAS my thought, it’ll be called suicide).   I mean, come on, look at all the suicides that surface around Slick Willie and Hillary.    This is inevitable.   As for Huma, Hillary will always have some use for her.  😉 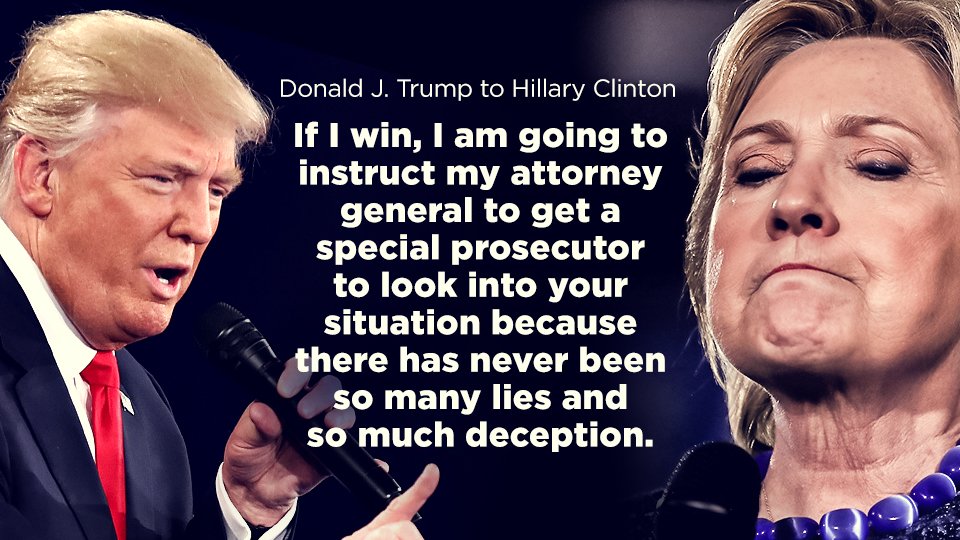 There is little to no evidence of Donald Trump and his campaign staff COLLUDING (popular word these days) with Russia…….but yet the Democrats and some Republican anti-Trumpers will meet today to demand a special prosecutor be appointed to further investigate.   HEY, GO FOR IT!    There are tons of evidence, as Comey said, that Hillary Clinton’s use of a personal server shared classified information and her girl friend Huma did the same with hubby Weiner………..and Comey protected them.  So, let’s get it all out, lets investigate Congress for not doing its job while we’re at it.

I think the American people should appoint our own special prosecutor, against those that have violated their oath of office to uphold the Constitution and robbed us at every level……and accepting a salary while doing so.   You want to talk about COLLUSION?   We the people are the victims of CONGRESSIONAL CRIME ………and that has trickled into the Justice Department as well.   It’s a big swamp!

Hillary Clinton said yesterday:   “I want to be president for everybody.”

REALLY HILLARY!   Just like you were Secretary of State for everybody?  No thanks!   You were in it for yourself.  You bragged about being the great globetrotter, but it was for your SELF.   You wandered the world in search of cash for secrets, placing national security at risk.  Now we learn, your maid printed out classified emails and who knows what else.  Your maid!!!  Your maid that had NO security clearance.   Just like Huma, did anyone on your team ever go through security clearance?  Probably not, that would be too much trouble, and besides you are above the law!

Now, for a vote, you want us to believe you will be the president for all of us?

THE “UNCHANGE” WE NEED! The Next News Network Justice Department Obtains Warrant to Review ClintonAide’s Emails

It just never ends, one thing after another…..and where there is smoke there is fire.  Sometimes the Clinton’s blow the embers out with all the corruption they surround themselves; like a wind that constantly spreads.   The sparks move somewhere else, and another fire burns, sometimes infernos.   Can this fire get doused out?

Democrats, the DNC and Hillary are asking that Comey release what the FBI has.   Wow, give them what they ask for; be careful what you ask for!       I haven’t even stated directly what I am speaking of here, without saying it, you know!   The FBI re-opening the email investigation.

Some people are asking/demanding that Comey resign.   Of course they are, so Obama can replace him with someone that will put the fire out……by letting it burn, leave it all alone.  You can bet, the White House is scrambling this morning……..OMG, Hillary, Huma……what the hell is on those emails?!  How far does this flame burn?