BUSH (Who was elected to represent the City of St. Louis and most of north St. Louis) represents only all things black. She has recently stated she represents black mothers seeking abortions, black babies…….never said ANYTHING about representing and supporting all people in her district. There are many white’s, Asians in St. Louis, but Bush never speaks of them. She referred to Byron Donalds as a prop for white supremacy. Donalds a black man, elected as rep. from Florida fired back at Bush’s racists remarks. Donalds challenged Bush to debate on policy; but she won’t, she knows he’d rip her apart when it comes to actually discussion of real issues. She never has any solutions, Bush is part of the problem in D.C. Bush does not represent anyone but her own self interests………hate! She is not only an embarrassment to her district but to all Missourians. Outside of St. Louis she couldn’t win a frog leaping contest.

The greatest illness we face is an infectious social disease carried by the U.S. Congress (House and Senate). They have been spreading their B.S. long enough. Our government needs a complete cleansing.

If you open and scan the above link (don’t even start to read unless you have the entire day) look for the following section, it seems to apply to the topic of the day.

I had said in an earlier posts that Trump should just pardon Stone and Flynn. A reader suggested ‘why pardon? That requires an admission of guilt. Instead withdraw the case. ‘

I wondered if the President had the right to do so. Scholars apparently would argue whether he does or does not. It is my understanding he may have the right, but it would be highly controversial.

With today’s Democrats, criticizing everything Trump, can you imagine if Trump did withdraw the Stone and Flynn cases? LOL, Nancy and her ape shit House Dems would be back with an impeachment hearing next week. Its easy to do that now that there is no protocol.

Will it hasn’t taken Schiff (Pencil Neck) long to start whining because things aren’t being set up in the Senate impeachment trial the way “he and his impeachment managers” want. Schiff is currently lecturing us on what a fair trial is. Oh………..yeah, like the one he was in charge of in the House. I see!

Schiff is screaming this impeachment trial is “RIGGED”.

Adam is correct it is rigged. IT STARTED WITH HIM AND NANCY PELOSI.

Schiff is complaining the trial will go into the wee night (1 AM). He claims that Americans won’t be watching at that time……..what McConnell wants.

Guess what Adam, more people would be watching from 1 pm to 1 am than there was during the House impeachment hearings held during the business hours. It might escape you Schiff but most Americans do actually have real jobs and work, unlike yourself.


Here is the irony of all this impeachment hullabaloo. The Democrats constantly on a daily basis scream for a fair impeachment trial from the Senate. Why are they so concerned they won’t get a fair trial? Because their House Party, the House impeachment inquiry/hearing was anything but fair. The biggest screamers are the biggest players: House Speaker Pelosi, Adam Schiff and Jerry Nadler.

When you are crooked, you have little trust in anyone, because you are afraid of being treated or dealt with in the same manner you have acted. A dirty heart leaks with paranoia.

Cheaters want everyone to play by the rules, except the rules don’t apply to them.

Marianne Schmidt wrote:
Here is a summary for those of you who care to know the REAL reason why the House of Representatives are calling for impeachment of President Trump.

Hunter Biden is former Vice-President Joe Biden’s son. He is 45 years old with a long history of drug abuse. Hunter Biden was kicked out of the military in 2014 for testing positive for cocaine. Shortly after that he was appointed to the board of directors of Burisma, Ukraine’s largest private producer of gas.

Two weeks before he was appointed, his father the Vice President of the United States encouraged Ukrainian leaders to place him on their board. Hunter Biden has ZERO experience or knowledge in the gas industry or in the Ukraine. He was paid $50,000 a month for his position on the board and a money transfer of 3 MILLION dollars was made from the Ukraine through Latvia, Cyprus, and finally to the US into accounts owned by Hunter Biden.

Hunter Biden was also involved in a deal with China where his father the Vice President was working on US business. This deal netted hunter Biden over 1.5 BILLION dollars! That story will bust wide open next. I mean what would cause China to hand over 1.5 BILLION dollars to a known drug addict who just happens to be the son of the Vice-President? Think that through America. It gets worse!!

The Vice-President Joe Biden took his son Hunter on Air Force Two with him to China in 2013. Ten DAYS after that trip, the Bank of China signed this deal with Hunter Biden’s company for over a 1.5 BILLION DOLLARS!! Some of this money went to a company called Henniges who makes very sensitive military equipment for the US military.

Wanna know who else was involved in the China deal as Hunter Biden’s Partners? You can’t make this stuff up people! While John Kerry was Secretary of State his stepson Chris Heinz and mob boss Whitey Bulger’s nephew Billy Bulger we’re partners in the company along with Hunter Biden. Wow right? The sons of the two most prominent decision makers in America!! How did that escape scrutiny!!

Amazing how the media isn’t even a tiny bit interested in this, and how as soon as it starts getting reported, they start impeachment proceedings against President Trump! They are hoping no one is paying attention, that the American people are too stupid, lazy, indifferent, and apathetic to pay attention. Don’t be one of those Americans. For goodness sake wake up and start actually thinking again instead of letting the media tell you what and when to be outraged about. Good grief what has happened to critical thinking?? Do most people even know they are merely pawns?

Actually the House and Senate! 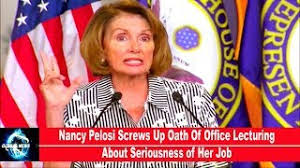 Rebellious Democrats disrupted the House’s legislative work on Wednesday, staging a sit-in on the House floor and refusing to leave until they secured a vote on gun control measures.

via ‘No bill, no break’: Democrats hold sit-in to force vote on gun control —

You won’t see Democrats and Republicans alike committed to and refusing to leave until something is done over other important issues.    Little extra time normally, unless of course they are staying for a PAY INCREASE FOR THEMSELVES!