The impeachment circus has begun. Chuck Schumer is barking coverup by McConnell because the process isn’t going the way “he” wants. Gee see any irony here Chuckie? When the shoe is on your foot you want to play by rules, rules that only fit your agenda. It was the Schiff clown show that botched this up from the start. There was nothing impeachable there and Schiff wrote one up.

I’ll give Schiff one thing, he should be close to Hollywood, where everything is make believe.

While James Cameron may be beating a drum for climate change (awareness) what have you and leading a charge in his fantasy world called Hollywood, his people may talk the talk but they are like those in Washington D.C. Nothing applies to them, it is us only us common folk that are to abide. They want to make the rules, try and lead us down a different trail that they will never follow. They always walk in different, arrogant shoes. Their pride is lost, they just don’t know it.

Alexandria Ocasio-Cortez and Beto O’Rourke have several things in common, but just to mention a few:  1)  Both have obvious learning disabilities.  Their facts and ideas (actually fiction) are crazy, out-in-space, cartoonish BS.   They do not have the capability to understand even the simplest of things, therefore the inability to REASON.  2)  Both, do not care how ridiculous they look or sound.  They live in their own fantasy worlds.   3) They do however tend to have an ability to repeat others thoughts, suggestions and manipulation, to a degree, but even then go out-of-bounds or over-the-top to a point of being outrageous.  (Which sounds like a contradiction of the learning disabilities theory.  Even the lowest of living animals can learn something.   Stupidity and outrageous mouths tend to sell; just look at Hollywood.

Roseanne Barr was removed for MUCH LESS than this. 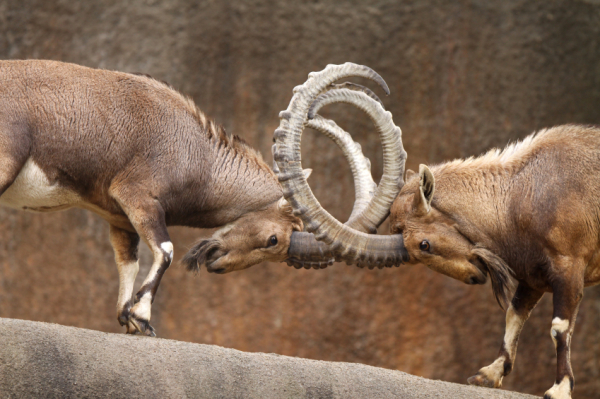 Russia may or may not have had a preference who was elected United States President.   Their foreign policy is soaked with propaganda; getting Americans to believe what they want us to believe.   It’s always been that way.   The U.S. has had plenty of pamphlets dropped filling citizens of the world with our world political philosophy, designed by less than genius intelligence as well.

With all the hacking, does it really matter who did the hacking……..Nothing else mattered to Hillary, so why any hacking?  Secure your computer and we probably don’t have this discussion or never-ending controversy.   Hillary could not possibly have lost the election on her own, could she?   I know that seems impossible because she was the one prearranged to be the one moving into the White House on Friday.   The powers that be (with the Soros money and corruption), along with the Saudis’, took middle America for granted, or never figured them in the election equation at all.

However, what has transpired, and this is a huge victory for Putin and Russia; ………..they win.   Not because Trump was elected or Hillary got her behind handed to her, but because the nation split further apart as the campaign waged on.  The nation has not been this divided since the sixties, possibly the Civil War. The Russians accomplished what they wanted…..A DIVIDED AMERICA.

The Democrats/liberals and all those that voted or just voiced their love for a corrupt Hillary Clinton can not get over the fact she LOST.   This might have made a great Hollywood movie with Meryl Streep playing the part of Hillary R. Clinton and Alec Baldwin as Donald J. Trump; but its only suppose to be fiction, they pick up their awards and go home.  They can not deal with reality.

There is a list of Democrats that announced (and some Republicans I am sure) they will not attend the Inauguration as if it is terribly significant news, their great moment of defiance.  Congressman John Lewis (D-GA) said it’ll be very difficult to work with Donald Trump and his administration.   Congressman Lewis should probably resign if he no longer believes he can do the job he was elected.

A DIVIDED NATION……..not just from the propaganda of Russia.  Take a real close up view of the career political figures that took us down this trail and the Americans (We the People) that fell for it.

When you combine years of BS, lying and sprinkle in corruption from career politicians and corporate America, add a touch of liberal elements like Hollywood and piss poor news agencies….mix it all together you have a recipe of an Era of Distrust.   It’s as if it has all come together to destroy the quality of life in America, destruction of a nation.  Shame on us for listening and supporting this crap.

It is difficult to believe anything anymore.  I can not stand to turn on the news networks,  national or local for that matter.   I look at commentators with spite.   They are all after that airtime, I’ll be the one to break this story and it matters not that it is true, false or simply made up.   Until someone can disprove it, it works for me.

A nation has lost its integrity because of it!

The left wants to blame guns.   Guns are the common denominator?  Nope!  There are many ways of killing: bombings, knives, physical beatings, arson.   Nobody is talking about banning gasoline.  The most dangerous weapon?   Humans!

Turning the subject a bit here now.   Violence is/has been acceptable in our world for many years.  You don’t think so?  Turn the TV on, it isn’t just on the local and national news.  Weekly TV series have constant violence….murders and rape.   Made for TV movies and those in the theatre……….violence.   Video games……….shooting with automatic weapons, tossing bombs etc.   Violence is a major part of our entertainment world.

Nobody is talking about banning or even toning down violence on the screen.   Fact is we see it everyday, whether it is real life on the news, in the neighborhood we live or on the “screen”.   A mother in Missouri just drown her two young kids in the bathtub, then burned the house, killing herself.   Where is the outrage here?  Violence is implanted in our heads!  Violence is glorified everyday……..HOLLYWOOD.

Until we change morality nothing will change, it makes no difference what you take away.

via Hollywood Filmmaker Rob Reiner On Trump Supporters: ‘A Lot Of People Who Are Racist’ — CBS Los Angele

Rob Reiner is an IDIOT!  Your typical Hollywood liberal, in the business of fabricating stories, attempting to always making fairy tales seem real.  He has absolutely no basis for calling Trump supporters racist.   He is a slobbering fool who STANDS WITH HILLARY.

Image: izquotes.com Read the following article, and then stop listening to and obeying the fake morons you worship in Hollywood: Inside the liberal minds of Clooney, Streisand, Julia And the whole Left Hollywood crowd by Jon Rappoport April 11, 2016 (To read about Jon’s mega-collection, Exit From The Matrix, click here.) “The complexity of any […]

via “Inside the liberal minds of Clooney, Streisand, Julia” — An Outsider’s Sojourn II

There really isn’t much that I can say today on politics and the 2016 Campaign that hasn’t been repeatedly said.  By now we should know what we have.

Some of those in Obama’s cabinet are endorsing Hillary Clinton.   Not sure they can help or save her.   They don’t have the best reputations either.   Rick Perry’s endorsement of Ted Cruz, should help a little, especially in Texas.

There you have it for the day, kind of boring isn’t it?   The shadow government really is winning this war.

One more thought, how accurate is the X-files………was a political statement made on the tube last night?   A warning!   Nahhhhhhhh, not from Hollywood.