I wasn’t really going to post on my thought of the day today, didn’t really have anything in mind……politically speaking. My thoughts for a day are not always political though. I was thinking about my golf swing. Pulling a bit too much. But I worked on it, and we’ll see how goes at the course tomorrow. That is really all I had on my mind today………until I saw a post with the question: Will Bill Barr go to jail when all of this is over? I didn’t read the post except that headline. I didn’t feel like I needed to. It pretty much sounds like stating what it is you are doing and accuse your political enemy of doing it instead. (You be Washingtonians in gov.) Be the first to accuse. And just what is meant by “……….all of this……”?

Liberals are so good at making accusations against Republicans that they (Democrats) are doing. Perfect example: Adam Schiff. Look at all the accusations and whining he has done, and he may be the most crookedest politician in Washington; at least in the House. There are others close behind.

Truth be told; just about everybody in D.C. could be/should be in jail.

If you have a few minutes check the fly over. If not, fast forward to hole 15, which is the signature hole. BEAUTIFUL!

This past Friday, Jo Ann and I had the privilege of playing at The Club at Porto Cima. We had taken a short vacation, visiting my cousin and a long time friend (boy friend?) at the Lake of the Ozark’s. Larry has a social membership at Porto Cima and naturally he had to be present to get us on. My cousin rode along with Larry and putted on the greens. She’ll need a little more experience. 🙂 It was actually Larry’s first time playing the course; so we shared the experience together. It was fun!

I can mark this off my bucket list now. The course is absolutely beautiful. It’s not an easy course to play, but is fair. Hit the fairways and you have a beautiful lie, maybe not great position (that’s on the player), but you have well manicured grass to play from. The rough along side the fairways are fair as well, not too thick, where you can find your ball and have a clean swing to get out of the trees. Just don’t hit your drive too short of the fairway where you leave it in that rough. The grass is thick and moss like, and difficult to get out of; another words you are punished for a poor, weak drive. I was fortunate enough to only experience the rough along side the fairways. Then there are the holes along the lake ………… stunning beauty. A couple holes are nested right up against the water.

I shot an 85; had it not been for a couple of brain lapses I could have had 81 to 83 (a couple of senseless shots I don’t normally do). That was the only disappointing part of the day, the score could have been better. What couldn’t have been better was the company and the beauty that surrounded us. However, playing an elite course like this (Jack Nicklaus design) for the first (and probably last time) time, had you told me I would have a score of 85 I would have been ecstatic. I have played lesser courses (and easier) for the first time and not scored as well.

I have been in a boat, just off the 17th fairway where you cross a cove on your approach shot to the green. We used to take bets (from the boat) whether a player about to hit over the cove would make it or not. I thought about that as I was about to hit my 2nd shot (the approach shot) to the green. I was NOT going to leave it in the cove (the water). I was a 185 yards away, I hit a solid shot, long & high right at the flag (to an elevated green. I hit just over the bunker in front of the green, my ball popped up (had some back spin) and instead of rolling on, it came down into the bunker. I was satisfied, I had made it over the cove. I pitched up on and two putted for a bogey. Not bad for the first time. It wasn’t a double bogey (or worse). There are a number of creeks running through the course that can be nasty, beautiful but nasty for the golfer.

One of the most beautiful golf courses in the country (world).

It was a wonderful, beautiful day.

#1)  The American Ryder Cup team, the players individually are not as good as THEY thought.

#2) The European players are better than WE thought.

#3) Dustin Johnson should not be the #1 ranked player in the world.

It is only an advantage if he is the only one smart enough to use it!

All past U.S. Open Champions, if they are still actively playing should have an exemption to play.   So the field is at 157 rather than 156, big freaking deal.

Yesterday’s high was 64 degrees in St. Charles MO, (East Central Missouri), today’s high will be 43, cloudy, intermittent rain.  Up and down highs and lows just bounce from one day to the next; one reason we have such stormy whether with threats of tornado’s so often here.  Looks like rain for the next two weeks, especially on week ends.   I may have to go out of state to get a round of golf in.  BUT WHERE????

Have a beautiful Sunday.

On the calendar, it’s Spring.   However, old Mother Nature hasn’t woke from her Winter slumber.   Currently (April 8) it is 35 degrees in Missouri, with a forecast of a high of 42%.  Not exactly Spring temps!

The golf course and fishing lakes and rivers are lurking in my patience!  Maybe next week? 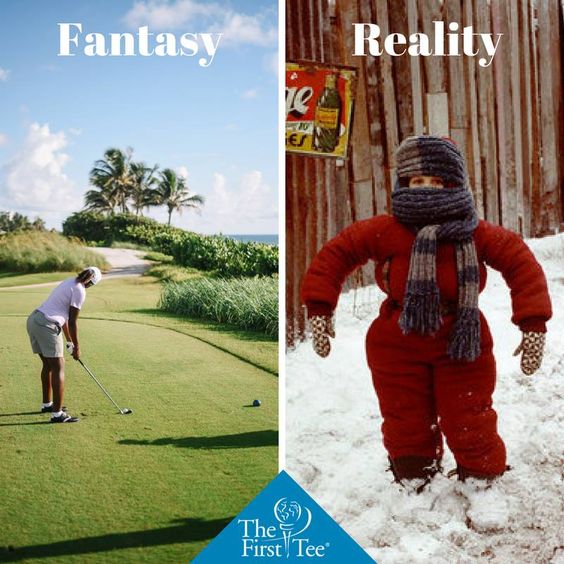 It is April 3rd.  The significance?  Should have several rounds of golf in by now.   Mother nature cares not about my agenda.   Here in Missouri, it can be 30 degrees one day and 70 the next.   Trouble is in this calendar Spring, we’ve not had many days that have reached 55 yet.   Easter Sunday, it was as low as 25 degrees.  Don’t get me wrong, if it were 55 degrees outside, I’d be out swinging the clubs.   Not it in the pouring rain.  Its dull, cloudy and rainy nearly everyday.  Easter Sunday, it snowed with a mix of ice.

The 15 day forecast (which can change any minute in Missouri) has 7 days of rain.  Most of the those days the average high about 44 degrees, lows of 25.   Looks like around April 12 the 60s will arrive.   Rain nearly every weekend.

I don’t remember the cold staying with us this long…….20s almost unheard of this time of year here.  The rain, will bring Spring floods, for sure.

I don’t measure success by how many days of vacation the POTUS takes, but what are the accomplishments.   BTW the phone is always near by, and many meetings and business are conducted on a golf course.

Those that bitch about Trump taking so many vacation days or has hit the course are the same people who don’t want him signing executive orders and want him OUT of the oval office.

He, Trump,  can still sign a doc, give an order, make a statement from green to tee box; even Tweet!

Meg Trammell, age 11, had just eaten supper after her first day of school at Advent Episcopal School in downtown Birmingham, Alabama. “My mom and I decided to take the dogs on a walk,” recalled Meg, now 12 years old, as she described the late mid-August evening in the suburbs of Birmingham. “As we were…

via Snake bites are on the rise in US — myfox8.com

Copperheads are abundant in Missouri.   They can be found just about anywhere, they especially like rocky areas, shallow creeks (rocky creek beds).   These guys are not afraid of entering your back yard, coil up on your porches.   Be very careful playing golf, don’t rustle around in the high grass or reach down into the edge of the woods to pick up a ball.  You might get an unwanted surprise.