When a divorce occurs both sides blame the other. This is where we are after Bush I, as a mob figure, conducted a throat cut on our candidate President. All of America were flabbergasted on the indignation put on the GOP. Before the 2016 election, Barbara Bush embellished the fact the bulk of them would […]

From IMOWired General Flynn could take down the NWO agenda within the US involving at least the last FOUR Presidents and their Administrations. The Russian/Trump Collusion Hoax not just a means to destroy political opponent Donald Trump. It also provided an excuse for Mueller to target General Flynn as he investigated allegations of Russian collusion […]

One thing is certain; The Kentucky Derby will be a better closer contested race to the finish line than the Republican establishment’s race to the White House.   The  Derby is filled with thoroughbred’s trained to give everything they have from start to finish, with a show of strength and durability; with image in sight; WINNING!

The Republican’s from the start of the debate and primary season, were packed with a field of has-beens and have nots;  more losers than winners.  Sure they won a race from time to time but weren’t ready, were groomed well enough to win the BIG ONE.  They aren’t thoroughbreds, they are puppets.  Trained and groomed some of them, but they had too many strings attached, pulling them in different directions with no real direction or focus of their purpose.

Enter the outsider!  Enter Donald Trump, no strings attached Donald Trump.  He took on this overly stocked field of wannabe’s.   He did things his way, went down his path…..and could not get tugged off track by the likes of the “establishment” Republican gang.   They took the underdog lightly……”he’ll trail the pack, he can’t finish”.

Now, they don’t want to run with the one that finished.   They want to find another track to sprint on; another field to ruin.   They are looking for old ponies……to start up another race, one with losers like Mitt and Paul….and would they actually kick in Jeb?

We won’t support or endorse Trump!   Jeb, following Daddy and brother George. What a freaking wimp.  Jeb’s best, smartest decision was dropping out of THE RACE!

Lets see; Jeb, Daddy Bush, George and probably mommy, are four votes.   What the hell makes Jeb think his announcement not to vote Trump is sooooooooo significant.   Jeb is insignificant and irrelevant.

Jeb is like a rotten sack of potatoes……..Trump threw out to the dumpster!    Trump didn’t need the establishment to gain the Republican nomination.  He fought it……that’s why he is winning.  He doesn’t need them now…….and I’m thinking, that is what he is thinking.   He isn’t disturbed by their lack of support or their jumping track.   Donald needs the American people, the people that are sick and tired of the Bush, Clinton, Romney and Graham crowd. 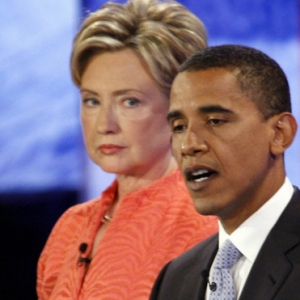 ISIS was an offshoot of Al-Qaeda in 2004 while George W Bush was president.    The leader of ISIS was killed in 2006 and the terrorist group was severely weakened, while Bush was still president.       Then came Obama, Muslim sympathizer, friend of the Muslim Brotherhood.   In 2011 when the troops left Iraq, ISIS regained its strength and has continued to grow.   Up to now the rest is history.   This is Obama’s ISIS, not George W. as Obama wants to accuse.   This is Obama’s mess.

America got what it wanted, a black president, just the wrong black president.    Slick talker that promised hope, peace and prosperity.   Sounded good didn’t it?   He didn’t deliver.   He wasn’t and isn’t what he pretended.   Obama is a pawn of Saul Alinsky.     America gave him a 2nd chance……..they didn’t buy into the “fool me once scheme of things……   Those 2nd time supporters were just that FOOLS.”   Trouble is there was enough of them.    Obama has been predictably worse than the first time around.   He is a successful tyrant.   He is winning his war against America……..to destroy It.   This is not the black president our African-American citizens had hoped for, he is an embarrassment.

Now we are all set to elect our first female president, Hillary Rodham Clinton!  Mass corruption trails behind her, it always does…..it still does.   We have a candidate being investigated by the FBI.    America is set to elect as president its first woman, not just any woman……..Hillary Clinton.   The most corrupt, deceiving female in our nation and not just for a woman……no man has had this much corruption and ran for president, except for maybe Lyndon B. Johnson.   Hillary is another Alinsky follower, but you already know that.    Hillary has a plan, to finish Obama’s plan…..and to beef up her foundation.    She still has debts to pay to all those foreign contributors.   She is selling America.

Will we vote for a woman just to fill the void of never having a female president?   We are dangerously close to doing just that.   She is WRONG for US.    Hillary Clinton is not one of US.   Fooled me once, fooled me twice.    There are women out there that can make a difference ………her name isn’t Hillary.

Mr. Obama, Mr. President, we need and demand a little honesty.  What is your game plan, do have one?  The country is a mess and you can not continue to blame George Bush, Republicans or Congress any longer.

We face many issues, and quite frankly we don’t know where you stand on most.  Oh, we know what you have said in the past on occasion, like the children will be returned when they cross our border, but we never see evidence of your spoken word.  ISIS, what will you do about this terrorists threat?

Barack, we want to hear from you, we want to know your game plan.   You place more interest and planning in a round of golf than you do your job.  What can we expect from you going forward………just finishing out your term?   Many questions, we have more we could ask.  Show a little leadership.