Prayer! I certainly need to pray more than I do. There are things I struggle with……..my weight again, even though I go to the gym. Praying I believe can make life easier. I need to go to the gym more than I do. I expect to lose the weight…….so going to the gym 5-6 days a week would help than going only 3 days. You can’t expect more by doing less! A couple of years ago I was down to the weight I wanted, then I had a couple of surgeries. The weight went down, then back up as I could not work out like I had. Now I can, but I got out of the habit. I think we get out of the habit of doing many things, prayer is one. If I change one I should be able to change the other. More results by doing more. 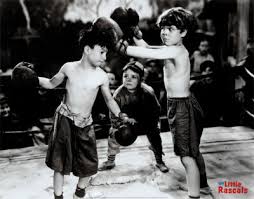 Pear fights were common in our neighborhood.    There was this one old pear tree in the back yard of the home of the neighborhood bully, Jack Roberts.   The tree was quite productive, always full of this firm, golden fruit.   During the fall pears covered the ground across most of the yard.   We ate the ones we picked from the trees……but those we lifted from the ground were our weapons of choice.    Jack was especially an ass on this one particular day, this is when the pear wars began.  I don’t recall what he did, but it ticked me off, I grabbed a pear and threw a dart that caught him square to the forehead, bullseye!  Jack predictably returned fire.   This first battle began in anger, I don’t recall how it ended, his mother I suppose came out.   Other pear fights between about 4 of us boys took place occasionally from then on, but “usually” just in fun.  The only other incident I really had with the bully was when I tossed his fishing pole in the city lake, after I threatened him I would if he didn’t quit picking on my brother Gary and Russell a neighbor friend.   Jack couldn’t reach his pole, so it was lost and I got a whipping shortly after I got home.   Yep, a whipping, parents gave those back in the 60s.  It was probably good for my behind that Jack’s family moved away before long.

There was ground down the hill from our house on the other side of the creek, filled with scattered trees, thick brush, high grass and plenty of weeds that left evidence on our clothing where we’d been all day.   It was a great playground, no swing sets or monkey bars but ground where we could dig our fox holes.   Yes fox holes, another battle ground for our war games.  We divided up sides each team about 50 yards apart, then we hid and snuck (you say sneaked, back then it was snuck) up on the other team.  New weapon choice, this big stem of a weed that was like a tree.   It was stiff like a stick…..and when you pulled it up by the roots it had this pointed tip.   It could have put an eye out……50 years later I am amazed it didn’t.   OMG if our mothers knew!  Yes we threw them at each other……if hit you lost a life.  We each had 3 lives.  Game over with the first team that ran out lives.

War games as a youngster would probably be politically incorrect now.  Family Services may even come and take us from our parents today.  You’ll be happy to know, we used that same ground to dig for our fishing worms, actually huge, juicy Nightcrawlers.  Bass and Catfish loved them.  The ground was fertile from the Flat Creek floods.  We fished often, not all my childhood involved spearing my best friends on our battlefield.  We were never sure who owned this property.   Some of my friends said our families did, that our property lines crossed the creek up to the edge of our battlefield or the tree line……..to a cornfield and the Union Saddle Club’s horse arena.  Regardless, no one ever gave us any trouble digging our holes and making hideouts from brush.

I was between the age of 11 to 14 during this period (1963-66).  Looking back it was a great time.   It is rare for kids to be outdoors engaging with nature using their creative minds like we did in those good old days.    We didn’t need computers or WI for war games like todays kids as they sit on their behinds.  Our games got physical, it is called natural exercise.   I wouldn’t trade a minute of it for todays.