“Warriors confront the evil that most people refuse to acknowledge.” • • • 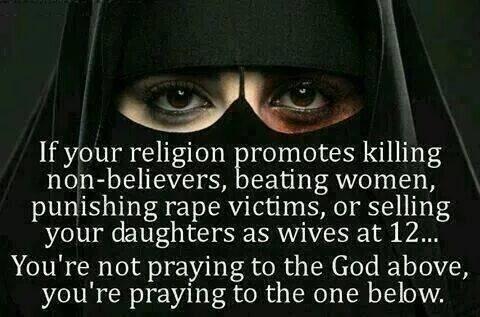 The above caption by Phx Ken  @PhxKen

It is really a religion of evil if it promotes killing non-believers, beating women, punishing rape victims, or selling your daughters as wives at 12?   I saw a picture of an ISIS member the other day with a 7-year-old he was taking as his bride.   There was total fear in her eyes.  It was disgusting.

People that inflict terror like this do not practice a religion of goodness, they are not even hiding behind a religion, they just tag themselves as religious, trying to convince themselves they have a faith.   But they don’t, because they have no conscience.  It is evil they worship.