By Chris Menahan | InformationLiberation Hillary Clinton told a whopper of a lie during last night’s debate when she claimed 90% of the money donated to the Clinton Foundation is paid out in charity. The truth is only 5.7% of their “massive budget” in 2014 went to charitable grants, “the rest went to salaries and […]

When Hillary Clinton tries to convince We the People…Donald Trump is a failing businessman, she questions his wealth, he may not be a billionaire.  Then as she did in last nights debate: “Undocumented immigrants pay more federal taxes than a billionaire”.  He is and he is not; whichever is convenient for Hillary for that almighty vote.  By the way that would only be income taxes; Trump does pay other taxes.   And Hillary, stop acting like you pay taxes you yourself are not required to pay.   Your hypocrisy shines!   You also like to use the phrase “undocumented immigrants”, that is the same as ILLEGAL IMMIGRANTS!

Hillary answered the open borders question by flipping the conversation to Russia and Putin!   What?   Nice way to avoid the question………not really, it fooled nobody!

Hillary avoids answering to the Wikileaks releases by blaming Russia for espionage, setting up and working with Wikileaks on hacked/stolen info that Trump should disavow.  Hillary argues Putin’s unethical acts when it damages her, so she doesn’t have to answer to her own corruption.  Hypocrisy at the highest level. 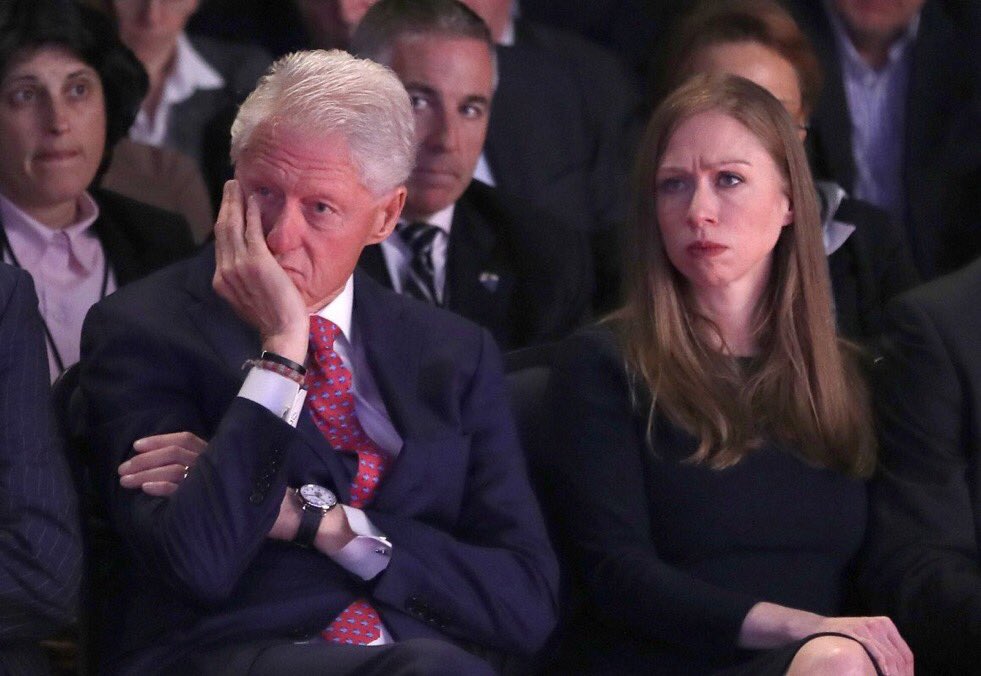 Concerned looks…… Who do they thinks winning?

via Clinton Debate ‘Cleaner’ Swoops In, Proves Hillary Cheated — Give Me Liberty

Was Trump trying to be the kinder, gentler presidential candidate?   The Donald let the audience and Hillary know he had a garage door size opening to get nasty and hammer Clinton, but wasn’t taking it.  It wouldn’t be appropriate to bring up the Clinton (Hillary as the enabler to Bill) sexual and corruption history then and there, but that door remains open for the next two debates.

That said, Donald, about those taxes returns?   Say your being audited and that upon the advice of your Lawyer(s) you will release them when the audit is complete; then shut up.  It doesn’t matter that the IRS says they can be released.   You take the advice of the attorney; period.   Then, with Hillary’s remarks that you are hiding something, your real wealth or lack of contributing to the charities; answer with:    ‘My returns haven’t been destroyed, they haven’t been burnt or DELETED; they are still in form to be reviewed; unlike your (Hillary’s) 33,000 emails that were deliberately deleted to hide and keep Americans from viewing.

Everytime Hillary Clinton opens her mouth about something negative about Trump she opens the door for a response against her own corruption.  Trump had to be tempted.  Nothing was said about the foreign donations, nothing said about donations she accepted in return for positions, ambassadorship.  There are many areas Trump can beat up on Hillary.   He only touched on them.   Maybe he believes that is all he needs to do; we’ve all heard them time and time again.   Maybe he believes he just needs to refresh our minds; not harp on it.

Trump also understands he can still raise his hammer in his rallies; say what he couldn’t in the debate or thought was inappropriate.   He told Hannity he backed off in respect to Chelsea……….   Chelsea won’t be sitting front roll at his rallies.

Maybe the Donald didn’t know or maybe he did that the following was from his web site on Mark Zuckerberg and Marco Rubio.  Megyn Kelly pointed it out last evening that he, Mr. Trump misspoke during the debate or pulled a Hillary and flat-out lied.  Megyn didn’t refer to it as “a Hillary”, I am.  The Donald  denied saying/writing the following quote when ask by Becky Quick to explain.

Here is that life threatening gaffe:    “This will improve the number of black, Hispanic and female workers in Silicon Valley who have been passed over in favor of the H-1B program. Mark Zuckerberg’s personal Senator, Marco Rubio, has a bill to triple H-1Bs that would decimate women and minorities.”

Question, why don’t the moderators, commentators and interviewers in the Mainstream Media get down and dirty with the candidates from the Democrats party, especially with Hillary?   There are certainly many quotes from emails, videos etc, from the Arkansas Princess of the Dark to throw her way.   Lets talk about the messages to her daughter about Benghazi.  That certainly deserves more hammering than that quote from above on the Donald.

Rubio nailed last evening on the Mainstream Media………they are the greatest PAC favoring the liberal Dems.

Media’s mission, get rid of Trump.   However, he is their biggest item!

You won’t see Hillary Clinton’s true colors until she has to answer unpadded questions.   Hillary’s Democratic foes aren’t going to scar their dark princess.   You won’t see her bleed until she takes on a real debater……a Republican, the right Republican.   She’ll get fully exposed if she makes it to the final debates between the Republican nominee and the Democratic nominee, and that is if she gets that far.  Hillary has a history of losing her feathers when she is challenged.   There is a ton of history to ruffle her up, and very soon she could be tarred and feathered.

Here is a tip for Hillary for the next debate:   Don’t give the audience that stupid smirky grin after you have spoken.    It doesn’t cover-up your lies…….it only shows your arrogance behind the lies.  You aren’t fooling the intelligent voters.