Donald Trump may not be the type of leader we should have or need; but he certainly is the type of candidate to wake some of us up from the slumber.   He has gotten more of the people into the discussion!  That may be his biggest contribution to our nation.

The established politicians of our time, do not want change, but want to keep us on the same course.   Nothing will change…….except for the change Obama brought, a wrong direction.   No one has gotten or shows any hope of putting us back on the right track.   What has your representative done lately?

Exactly!  Nothing, except deposit a salary check.  Do you feel the screws getting tighter?

We have kept Hillary Clinton in the picture………you or I would be in jail for the things she has done.    She is not a smoking gun, she is a dangerous fired cannon, reloading.   Can you say, BACKFIRE!

Dump Hillary, dump them all!

Make drug testing mandatory for Congress, White House and all candidates on all levels.   Then keep random testing in place!
Hillary, your results are in!

someone who is active in government usually as an elected official

1
:  a person experienced in the art or science of government; especially :  one actively engaged in conducting the business of a government
2
a :  a person engaged in party politics as a profession

b :  a person primarily interested in political office for selfish or other narrow usually short-sighted reasons

Note 2-b above, this gives the definition of a POLITICIAN accuracy.

What makes an individual a politician can be quite debatable.  A candidate for office could be a politician, however, you can be a candidate but have no experience in the art or science of government.  You can be engaged in party politics but never hold a public office, elected or appointed.

Being a politician does not make you a good leader, or a leader at all.  The definition makes no mention of leader or leadership, they are not synonymous.

Ben Carson recently stated he “did not want to be a politician”.  Have you heard any other candidates say the same?   Maybe Ben gets it.   He understands the word politician is a negative, often dirty word.

A most glaring example of a politician is Hillary Clinton.   No, my intention for this post was not to bash Hillary, I will however do so at every chance.  I am simply using her as the prime example.   Section 2-b above describes Hillary to a T…….actually falls way short.    Add greed,  power starved, short-sighted reasons but long-term to selfish.

Politicians are smart asses, dumb asses and jackasses, and Webster’s 2-ber’s from above, they dominate overwhelmingly in Congress and the WH.   We need leaders not politicians and not just candidates hoping to be elected pretending to be leaders.

When voting, whenever, distinguish between candidates, the politicians and leaders.    Find a leader to embrace…………good luck with that.  Know the difference.

I am not sure you can give a “full definition” of politician, conditions and situations could certainly be added here; also at times it seems contradicting, debatable.   That’s politics.

“NO TERM LIMITATION for Hillary, she is entitled and deserving of serving a life term.  There are plenty of candidates for cellmates as well.”

“Those voters who chose not to JUDGE the morals and character of their candidate of choice brought us Obama.” 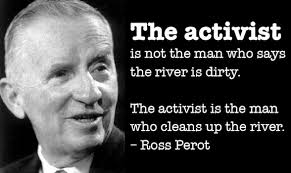 Here are just a few quotes from H. Ross Perot.   We could certainly use his vision, wisdom, loyalty and love of country about now.

“Which one of the three candidates would you want your daughter to marry?”

“If you see a snake, just kill it – don’t appoint a committee on snakes.”

You knew where he stood, you knew who he stood for!

Everyone mentions Narcissism, so who are they!

Most of Congress, the current administration could easily be diagnosed with Narcissism.

Is this a general personality trait of elected officials?  Hopefully not one that is required.

I would be doing a disservice here if I didn’t mention one potential 2016 presidential candidate that has all the below SYMPTOMS of this personality disorder.    HILLARY RODHAM CLINTON:  You knew it was coming!!

In order for a person to be diagnosed with narcissistic personality disorder (NPD) they must meet five or more of the following  symptoms:

Many primary elections are approaching, it is time for us to make some change.

Albert Einstein once said “Insanity:  Doing the same thing over and over again and expecting different results.”    We have a United States Congress that a recent Fox poll shows  a 78% disapproval rating.   A man in the White House, that I have a difficult time calling the President, with a 55% disapproval rating and quickly falling, even among Democrats.   So, why then do we keep re-electing these people over and over again?

When employees don’t work hard and don’t perform their jobs, they eventually get fired.   We need to fire some people, now.  Why do we put these men and women, Democrats and Republicans back into office when they do nothing but draw large salaries, or we disapprove when they have done something?    Career politicians get way too comfortable………   It was never intended for elected officials to make lifetime careers in government; do your service and go home to your daytime job.

What is even more troubling and totally insane?  We have members of Congress that are  constantly made fools of and clowns that have been in their seats so long, I can’t remember when they weren’t there.  You know who they are; Nancy, Harry, John, Diane and probably another John.

We and we alone are responsible for who gets put in office.  I know money buys elections, and present office holders have the most name recognition.   Finding good qualified candidates is difficult.   They are out there, there in your neighborhoods, your own household.   I know there are very intelligent men and women with common sense and integrity walking among us.   We need to find them, encourage and support them.   We need new faces, new blood, unafraid to do whats right and not just politically correct.   We need leaders that put America first.

We all need to get involved and turn this nation back around…….lets get rid of the insanity.