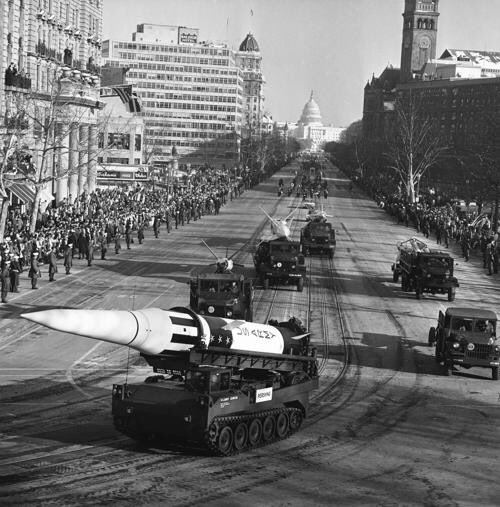 Honoring our military on the 4th of July!   What better to have a parade with a military presence on Independence Day, which we still celebrate because of our military.  Showing off our military men and women, tanks and other military vehicles is nothing new.  The Socialists (Democratic Party as they sometimes call themselves) have a short memory of our history.   Some of the really young ones, like AOC and Beto are just ignorant.

This was during JFK’s administration, other presidents have included the military in parades past.   They, the Democratic Socialists are only bitching about this because it is President Donald Trump.

I think Beto may talk a bit wee much.   The Democrats have and are looking for new “fresh” faces.  LOL.   Wow, they must be quite proud to have gotten what Obama ordered.

We all know that Obama faked his way into the office of President and he is now tutoring Beto to pretend he is Hispanic to get the Hispanic vote. If Beto is Hispanic than I must be 100% real, genuine Eskimo. And, I know damn well – that ain’t so. So it comes as no […]

YES be someone you are not, just like Obama did.