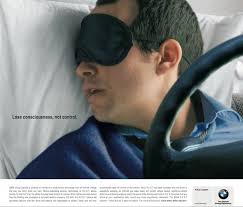 “Americans are asleep at the wheel and soon to crash unless we wake up.”

How do we explain the difference between the two to our children?   Is there a difference?   One wants to destroy all Americans that are not Muslim.   The other is for total white supremacy; they have killed often to make a point, send a message.   How is that different from the Islamic terrorists?  One has been known to hang people, the other behead.

I have three grandchildren.  If they were to ask me about such photos, I can’t tell them they are grown men dressing for Halloween!  My only answer could be; they are not men but humans that grew up only to hate, do evil and hide it all behind a hood, like a thief.

ARE AMERICANS PAYING ATTENTION?  IT SEEMS LIKE THE AVERAGE AMERICAN IS SLEEP WALKING THROUGH THEIR DAILY LIVES AND AREN’T AWARE OF THE SEVERITY OF GLOBAL PROBLEMS.   THEY GET THE MAINSTREAM MEDIA’S HEADLINE FOR THE DAY…….BUT IS THEN, GO BACK TO SLEEP.

iT IS LIKE WE ARE PLAYING IN A FOOTBALL GAME…….IT’S THE 4TH QUARTER, WE’RE TRAILING AND THERE ARE ONLY SECONDS ON THE CLOCK……..AND WE HAND THE BALL OFF FOR NO GAIN.   SOON THE GAME IS OVER.