What, the government wants an autopsy that satisfies who? Are we to trust an autopsy by the fed? Everything they are involved with is a mess. This will turn out exactly how Holder wants it. This entire Brown vs. Wilson issue is turning out to be a national circus. An autopsy proves what? How many bullets Brown took and the location on the body.

Attorney General Eric Holder has ordered a federal post-mortem examination on the body of a black teenager shot dead by police. On Sunday the DOJ said  that Eric Holder asked for the separate autopsy because of the “extraordinary circumstances involved in this case”.

It is currently 12:13 AM Central time in Ferguson, Missouri.  There was a 12:00 AM to 5:00 AM curfew placed on the city.   Of course there are still protesters out in the middle of the street of Canfield and Florissant ave.    The Highway Patrol (State Police) have ask that they please consider going home, that they do not want to have to arrest anyone.  The group, consisting of about 200 people refusing to go, tempting the police force to arrest them.

The protesters have been out all day……it is fair to ask them to abide by the curfew.   Some people just want confrontation.

It is now 1:15 am, the police fired smoke bombs into the crowd to get them to disperse.  The protesters left the area……only to move to another area…….  They may be moving into neighborhoods as well.

1:36 am, a witness(a protester) says a protester was shot by another protester, apparently in the neck.   Approximately 30 people have been arrested up to now.

2:45 am:  Captain Johnson of the Missouri State Police is giving a press conference as I type this.  7 protesters were arrested not 30 as earlier reported.   One shooting victim was taken to the hospital and is in critical condition.   Apparently someone was shot by another protester and officers saw an individual with a gun but he had ran off.  A police car was shot at and Captain Johnson stated other shots were fired in the air.  So, these thugs have now gone from looting to shooting.

A Princeton study reports “We the People” have no influence on government policy.  LOL, really, it didn’t take a study from an Ivy League university to determine that.   The study does confirm what we should have already known.

Does that mean your vote means nothing when electing government office holders?  Yes, when “We the People” aren’t running for office or finding our own candidates, your voice isn’t being heard.   Those on the ballots are individuals who are in the pockets of corporate America and the wealthy, they are groomed as such (dah, Obama).  Many of the candidates are lobbyist and from special interests groups.  Oh, they campaign with your interest…..a facade.   The elected official’s bread is buttered by corporate money, the wealthy; the same are members of the Council on Foreign Relations (not your relations), the Bilderberg Group.

We still have a democratic form of government in place.  Having it in place is one thing, actually being practiced is another.  When your voice is not heard and the interest of American citizens is ignored, that isn’t democracy, that is socialism.

Getting our candidates on the ballot is easy, you run, you find common sense people to run; it doesn’t matter what party, common sense prevails.  Winning elections won’t be easy……we still face corporate, wealthy money.  They have the funds for campaign ads, and name recognition gets you elected.   Here is where the rest of us come in.  We need people who will go door to door speaking on behalf of “our” candidates; passing out fliers…..they don’t have to be expensive, just have a common sense message.   This is a form of peaceful revolution.

There are many issues facing our country, that our government does not consider or ignores “the will of the people” , Obamacare, gun control etc….., too many to list here, oh, one I must mention, border control.

Demonstrations, protests, if organized in mass will create more public awareness (hopefully nationally).  Protesting should not be practiced only when we get angered about a black man being killed on the streets.  You have a constitutional right to protest, peacefully, exercise that right.   We don’t march about jobs, poverty, healthcare, foreign policy, for or against.

We the people need, must take control.   Together black, white, Asian, Latino…..we can take our country back from corporate bought off self-serving government.   Together we can make a difference.

I would encourage you to read the following link:

I believe it would be tragically naive of us to think they aren’t already here. 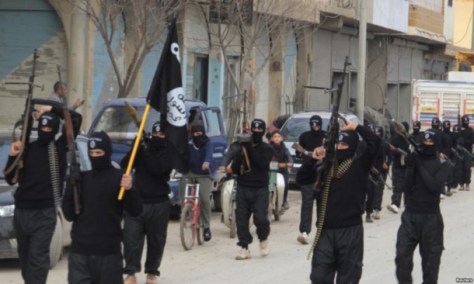 On The Daily Caller, we read:

An intelligence official warned Thursday that the terrorist group the Islamic State in Iraq and Syria “sees conflict with the U.S. as inevitable,” The Washington Post’s David Ignatius reported in his latest column.

The columnist, known for his extensive sourcing in the intelligence community, summarized an intelligence briefing he attended:

In a briefing for journalists Thursday, a panel of five U.S. intelligence officials summed up their assessment of an organization that has shown a remarkable durability because it is “patient,” “well-organized,” “opportunistic” and “flexible.” Under the leadership of Abu Bakr al-Baghdadi, the group has rebounded from about 1,500 fighters in 2010 to more than 10,000 today — becoming a global jihadist organization that communicates in many languages.

…Beyond the current conflict between ISIS and the American military in Iraq, members of the terror group have repeatedly threatened to attack the United States. VICE Media’s…

Great summary……except I feel like Jim left one important matter out. Those that were insured that had to become uninsured in order to be required to be reinsured were not as well insured as they previously were insured. 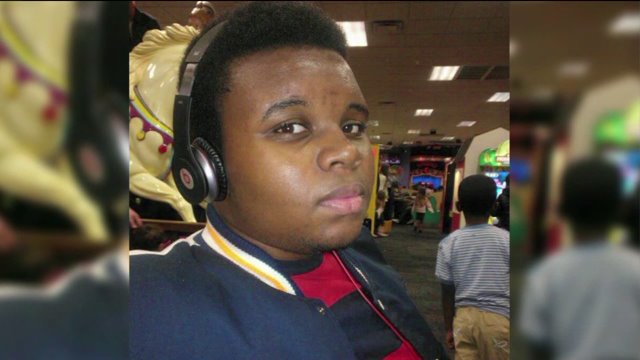 No…being caught on video and Michael Brown’s behavior maligned and tainted his character from only a few minutes past. He was responsible for his own behavior.

NEW YORK (PIX11) — A young black man, unarmed, is gunned down by police and sees in just a matter a days, his character maligned and tainted by images and information from his past.

That is now the reality for the family of Michael Brown in Ferguson, Missouri, which expressed outraged Friday over newly released video, which shows Brown, the high school graduate and soon to be college student, allegedly stealing a pack of cigars and pushing his way past a store clerk.

If that evolving characterization sounds familiar, it’s because we’ve seen it before –most recently in the Trayvon Martin case.

But journalist, and NYU Law school media ethics professor Thane Rosenbaum says further aggravating the situation, Ferguson’s police chief disclosed Friday Officer Darren Wilson, who fired the shots that killed Brown, at the time had no idea the teenager was a suspect in the convenience store…