You have a right to freedom of speech.   I encourage you to exercise that right.   This is your country…….you own it, not the government.

Protest events throughout the country on the rise as We the People grow impatient, frustrated and down right angry with government.

If you have a cause, whether it is a cause in favor of or against, tomorrow July 11, 2014 is National Day of Protest.   This is a day to call your radio talk shows, express yourself.   Send E-mails to your representatives, let them know where you stand, better yet, where they stand with you.  March on Washington, your state capitols and city halls.

Are you unhappy with the direction of this country, angry, frustrated, tired of all the rhetoric?  Tomorrow is the day to let those in high places know it.

Against immigration?  Get to the border, join the others protesting tomorrow.  We are stronger in numbers.

It is time if you have a cause to stand up, be heard, make a difference.   We have a right to freedom of speech.  Use your voice!

Muslim’s, terrorists included will take advantage of the opportunity. More days like 9/11 are around the corner, if we don’t wake up. We can not count on Obama or Congress; they are part of the problem.

“I poked a bit at it with a stick and noticed…” by B. Christopher Agee, Western Journalism

While amnesty proponents are quick to call on Americans to show mercy to the poor children seeking refuge in America, empirical evidence shows the threat illegal immigration poses to America is exponentially greater than the thousands of kids streaming across the border.

As Western Journalism has previously reported, the threat of gang violence and disease is a constant danger to those working along the border and the nation as a whole.

Recent evidence, however, indicates the security risks extend much further to potentially include Middle Eastern terrorists bent on destroying the U.S.

I would highly recommend the movie LONE SURVIVOR starring Mark Wahlberg.   I am by no means a movie critic, but, after viewing, I have had this true story of four Navy Seals embedded in my mind.

If you watch the movie, you will want to read the book, by the same title.   The book, obviously goes into much greater depth.  Marcus Luttrell the survivor and author of this book explains the struggles and challenges to become a Navy Seal, as an introduction to the events that happened to his Seal Team.

Marcus Luttrell is a tell it like it is, no B.S. patriot.   Without ruining the story for you, I will only say this:   Marcus explains the greatest fear American military personnel face in battle today is a law initiated by our idiotic Congress “Rules of Engagement”.   I won’t say anymore, watch the movie or read the book, you’ll understand. 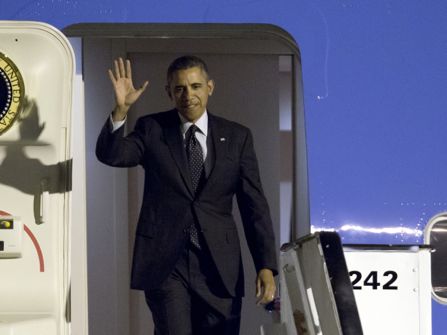 He won’t go, he isn’t vaccinated against the diseases he fears he would contact.

For President Barack Obama, the humanitarian crisis at the U.S.-Mexico border is increasingly becoming a political liability, giving Republicans a fresh opportunity to question his administration’s competence and complicating the debate over the nation’s fractured immigration laws.

Still, Obama is resisting calls to visit the border during his two-day fundraising trip to Texas, where he arrives late Wednesday afternoon. Instead, Obama will hold a meeting hundreds of miles away in Dallas to discuss the crisis with faith leaders and Texas officials, including Republican Gov. Rick Perry.

Obama’s trip comes one day after he asked Congress for $3.7 billion in emergency spending to get more resources to the border.

The roundtable discussion in Dallas is seen by the White House as a way to address the immigration issue while avoiding awkward optics at the border. Tens of thousands of unaccompanied children have arrived there in recent months, many fleeing violence in…

I need your help!  I would like to do an article (blog) on the public’s view whether President Obama should be impeached or tried for treason, or if you believe he is not guilty of any wrong doing.

I would like for this to be more than just a survey with statistics, I want to share what you believe to be true, what action we should take if any.   Controversy swarms around Obama like a nest of wasp.

Obama’s approval rating is well below 50% and dropping daily.   Has Obama’s action’s or lack of merited enough for impeachment and possibly to be tried for treason?

I will not use names in my article…..all of your comments will be anonymous.

Would like a response to the following questions in addition to your comments.

1.  Should President Obama be impeached?

2. Should President Obama be tried for treason?

Obama playing right into it.

The greatest threat to America is not physical acts of terror by islamic jihadists..

It is CIVILIZATION JIHAD… the methodical, carefully planned Islamization of the West.

Civilization Jihad is part of the documented plan by the Muslim Brotherhood for the destruction of America from within.... all happening under the blind eyes and politically correct noses of Americans who allow this to take place in the name of “religious tolerance”…

Already, there are over 50 court cases in this country where American judges allowed Sharia Law to trump Constitutional Law in cases involving muslims.

SHARIA LAW AND CONSTITUTIONAL LAW CAN NOT CO-EXIST.
Read more at http://janmorganmedia.com/2014/07/americas-greatest-threat-thriving-politically-correct-noses/#VByoV7YcjTRRa5pR.99

The truth……….Where do you stand? 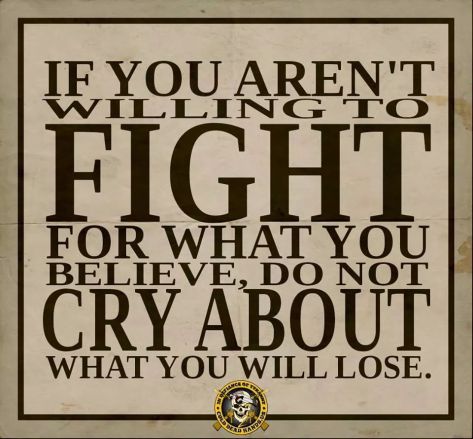 
It seems like every day or every other day your President is asking Congress for funds, major big league funds; none of which is being used here in the United States.   I didn’t know our finances were spilling out of the money bags begging to be taken for all of Obama’s favorite causes.     Forgive me, I thought we had a deficit?  Did China loan us their banks again?

Obama wants 3.8 billion to help the innocent children at the border.   No, this doesn’t count as putting the money to good use for Americans, it’s to assist the illegal immigrants.   I agree, something must be done to control the flow, how about turning their little butts back around, tell them thank you for your interest in the U.S. but we don’t have any openings right now.   We’re sorry, but our kids can’t find jobs now either and many can’t get the free health care Obama would give away to you.

3.8 billion dollars King Barry is asking for, weeks after the accumulation of illegal aliens (Yes Barack I said aliens) mount, which is a problem he helped create.   So, he can put us further down the road of destruction.  The 500 million dollars for Syrian rebels, oh yeah the middle east has always been a good investment.

Let me ask you, how are your highways and bridges looking these days, need of repair?   Your health insurance premium…….going up aren’t they and for less benefits?   When was the last time you felt like your federal tax dollars actually benefited us?

Obama is asking for funds we do not have, and why not, not his money.    This is the White House family that will ask for your money to help some lost cause and then go on an African Safari at your expense.   Aren’t you in the least bit tired of this crap?

The real kicker is, Congress plays his game,  Monopoly, only we’re the ones going broke.  Obama and his gang should go to jail, go directly to jail.

AMERICA, LET’S WAKE UP AND END THE CRAZINESS!

Murrietta counter protesters, not so bright.  They would like to see the cartel come across the border and blast the racists whites.   First of all morons, if you think you are going to come into this country and intimidate our people with threatening remarks it could prove to be very dangerous and costly for you and your precious cartel.    Americans are on the edge as it is and are beginning to take things into their own hands, as they have grown impatient with the government.

There is a legal system of entering this country, and you are not here legally, therefore you have no rights and that includes a counter protest.  Playing the race card?  Do your homework, not all those protesting against illegal immigration are white.

The 3 punks in the photo above are wearing some sort of uniform with their nation’s flag on one shirt.  Really?  Wanting to come to our nation but you wear the flag of a nation that is so terrible you want to leave or are you only here to support those children that are coming across.  I noticed as well, one of you hides his face, much like a terrorist.  Are you also a member of the cartel,  the uniform dress indicates you may be?   You see, you are exactly what the good people of Murrietta are trying to keep out of their community.

I get it there is a humanitarian issue here.  The influx of immigrants is a difficult situation, especially with the children.  They are coming here, because their families they leave behind know Americans are the most compassionate and  the quality of life here is better than anywhere.  However, we must protect our borders and the interior of this nation.

Disease is spreading at the border, some of which we have not been vaccinated against in this country.   The diseases will continue to spread; which brings up another problem, they will receive healthcare, free healthcare for them.    Are the illegal immigrants going to get fined for not having an insurance policy under Obamacare?  Nope, we the taxpaying citizens of this country will be expected to flip the bill.

Also, those that have come here from Central America and Mexico have left a trail of where they have trashed the land.  Don’t believe me, go on the internet and see for yourself, plenty of pictures; a preview of whats to come for this country.

It’s too much for even the most generous nation to take on.  We are talking about protecting our nation for the future of our children and grandchildren.   I know we are a nation of immigrants, but there are limits……we have met our limit.    We don’t need to always be politically correct.