Obama won’t get our guns, despite the fact he will ignore the Constitution of the U.S. and attempt to confiscate them.   We the People are more than willing to take on a final line of defense against our enemies to include an incompetent non-working corrupt government.

If he were to actually make these statements, it would be the only time in his political life he spoke the truth……….sadly.

This article is as much about the Liberal/Democrat mainstream news media as it is about the VP clown above.   Thank you John Nolte (Breitbart News) for reporting truth.

Democrats sure got it good. Louisiana Republican Governor Bobby Jindal dares to agree with CNN’s own reporting about European no-go zones, and the left-wing network brands him an anti-Muslim racist. On the other hand, when Vice President Joe Biden stereotypes Somali immigrants as nothing more than a bunch of cab drivers, the media pretends it didn’t happen. The slur is left completely out of their reporting.

Video shows that during Tuesday’s White House summit on generic extremism, Biden actually said of Somalis, “If you ever come to the train station with me, you’ll notice that I have great relationships with them because there’s an awful lot of them driving cabs and are friends of mine. For real. I’m not being solicitous. I’m being serious.”

The Associated Press chose not to report this.

AFP chose not to report this.

McClatchy chose not to report this.

So far I’ve seen nothing about it on CNN — the same CNN that spent at least 3 days doing everything it could to knock Bobby Jindal out as a threat to Hillary Clinton.

Biden has an ugly history of racist comments. Almost a half-dozen in the last 6 years. Any one of those comments would have seen a Republican destroyed. The media protects Biden, though, by laughing his bigotry off as a joke. Because the media thinks racism coming from the guy they voted for is funny.

As long as you’re a Democrat, you can stereotype Blacks, Indians, and Somalis to your heart’s content. Your White Democrat Privilege ensures the media will lie and cover it up so that you never pay a political price.

TRUE MORE TODAY THAN EVER!

Here is a fact sheet from the FCC on “Net Neutrality”.     This is a very brief and vague explanation of King Obama’s plan to regulate freedom of speech.  This is more government where it does not belong.  Obama’s 332-page internet regulation plan is similar to Obamacare, we won’t know what it includes until it is poured on us.

This is the command of a tyrant.   When are we going to put a stop to this maniac?    What is stated in this FACT SHEET is not as vital as what is not being said, that is included in the 332-page plan.

Our freedoms and rights are being eliminated while we sleep!

On February 5, 2015, Chairman Wheeler circulated to his fellow Commissioners President
Obama’s 332-page plan to regulate the Internet. Here are some key aspects of that plan:
Through broad and vague rules, President Obama’s plan gives the FCC the power to

micromanage virtually every aspect of how the Internet works.
o Instead of allowing the American people to choose the broadband service plan that is best for
them, the President’s plan places that decision in the hands of a Washington bureaucracy.
o The plan curtails the ability of broadband providers to offer innovative service plans. For
example, the rules jeopardize the future of T-Mobile’s Music Freedom program.
o The plan also explicitly calls into question usage-based pricing. This means that broadband
subscribers who use less data could end up subsidizing subscribers who use more data.
President Obama’s plan opens the door to billions of dollars of new taxes on broadband.

o All rates charged by broadband providers will be subject to FCC regulation. Specifically,
they must be “just and reasonable” pursuant to section 201 of the Communications Act. The
plan does not forbear from any aspect of this statutory provision.
o This requirement will apply both to retail rates for consumers and interconnection rates for
edge providers. It will embroil the Commission in an endless series of disputes that the
agency is ill-suited to resolve.
President Obama’s plan will steadily increase regulation over time.

o The plan does not safeguard the Internet from additional regulations. Instead, it takes what it
describes as an incremental approach to imposing those new regulations.
o Some of the plan’s new Internet regulations will go into effect immediately. Others will not
take effect at this time or for now, making clear that the President’s plan contemplates even
more rules in the future. This undermines regulatory certainty and will leave consumers
poorer, step by step.
President Obama’s plan will be a boon to trial lawyers and will lead to more litigation.

o The plan allows trial lawyers to file everything from individual lawsuits to sprawling class
actions against broadband providers for any practices or charges they believe to be
unreasonable.
o These litigation costs, including attorneys’ fees, will be passed on to consumers in the form of
higher prices.

o The plan imposes a host of new regulations on broadband providers. The costs of these
regulations will hit smaller broadband providers the hardest and push them out of the market.
For example, many of them will face higher pole attachment rates.
o The plan implements Title II public-utility regulation that was designed for a monopoly. A
one-size-fits-all regulatory framework intended to regulate a monopoly will push the
broadband market in that very direction.
President Obama’s plan will slow broadband speeds for American consumers and the

deployment of high-speed broadband.
o The plan contains a bevy of new regulations that will depress investment in broadband
networks. That will mean slower broadband speeds for American consumers. It will also
mean that many rural Americans will have to wait longer for access to quality broadband.
o Public-utility regulation has been shown to decrease infrastructure investment. In the United
States, where we have embraced a light-touch regulatory framework, there has been far more
investment per capita in broadband than there has been in Europe, which has embraced a
public utility model.
2 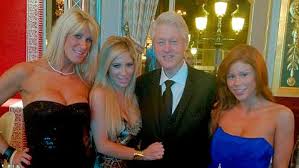 “This is more of a disturbing fact than quote, but one of the most popular posts are those about Bill Clinton’s sexcapades.” 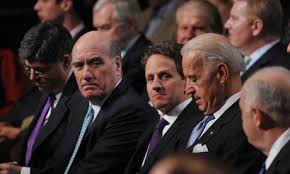 “If We the People are waiting for Congress to wake up we will remain in our own coma.”