It isn’t so much what Tulsi is saying………it is what she IS NOT saying. As a Klaus inspired future globalist leader, I find that extremely dangerous. A globalist at heart hiding among the herd as a WOLF IN SHEEP’S CLOTHING. (Arlin Report comment) 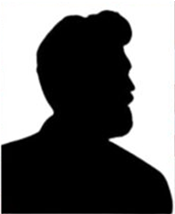 In politics today, things are seldom what they seem. Some things might be though, like the sudden timing of Tulsi Gabbards urgent leap from the sinking Socialist Democrat Party ship, while hundreds of other rats are jumping off as fast as they can.

On February 21, 2022, Tulsi’s name still appeared on Klaus Schwab’sWEF Young Global Leaderslist, which was collected and reported byTNALC.org HERE, with over 7000 views. Less than a month later, her name was scrubbed from the list of Young Global Leaders on the WEF web site,reported HERE.

For quite some time now, Gabbard has been saying a lot of things that seem on the surface, to align with Republican Party Platform positions. Yet, she remained a member of the Socialist Democrat Party until 30-days out from a mid-term election cycle that pretty much everyone agrees…