Biden admits he doesn’t know what Putin will do. HOWEVER…………how was Biden so confident, knew that Putin was going to invade the Ukraine. When did Putin tell Biden to expect it? Biden didn’t come up with it on his own! Putin told him. Then thumbed his nose at the weak Biden. 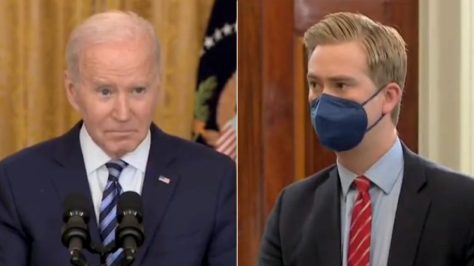 What the hell is going on? Katie wrote this up earlier today, but Biden’s presser was a disaster. He admitted that the sanction doesn’t scare Russia. We’re deploying another 7,000 troops to Germany. Yet, the one move that could be a gut punch move is booting Russia from the SWIFT banking system which will prevent […]