Trudeau must be jealous, he isn’t getting the same kind of “peaceful” demonstrations there as we’ve gotten here! If things don’t change there he may get his wish!

Why ideology is the ancient enemy of civilization

By Victor Davis Hanson at the Jewish World Review: 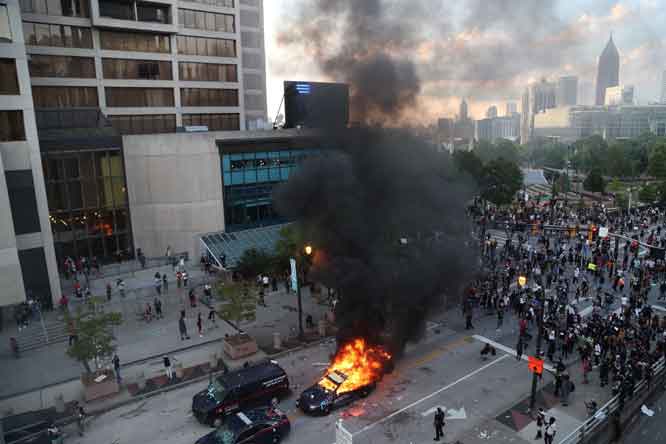 Peaceful march of hundreds to the Georgia State Capitol in Atlanta.TMS

What ultimately destroyed the evil empires of Nazi Germany and Soviet Russia were bankrupt dogmas. Crackpot ideology destroyed free expression. It ruined meritocracy and ensured unequal application of the laws — and so paved the way for far worse.

The Nazi idea of a superior Aryan race adjudicated everything from physics to tank design. Soviet commissars did the same, subordinating rational thought to communist agendas.

Zealots in both systems infiltrated the universities and schools to institutionalize indoctrination.

Wokeism, while not yet as lethal, is similar. Racial wokeism posits that the race and gender of the vice president and the next Supreme Court justice subordinate all other considerations.

But will the current vice president and next Supreme Court…

One thought on “Is The Power Of Evil Conquering Our World?”