Taliban saying: Come out, come out wherever you are!! 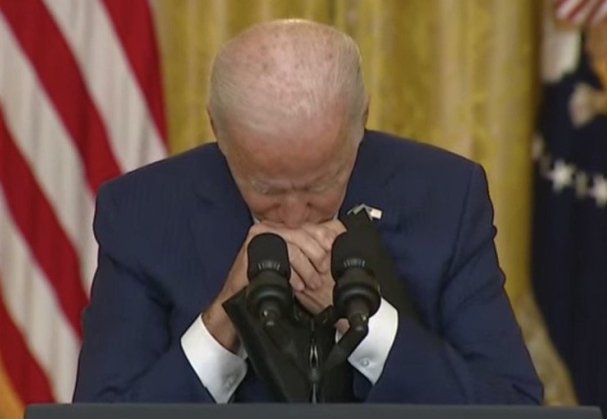 president obiden is an inveterate liar. He and he alone is responsible for the deaths of 14 American Military men and women. And the injury of many others. Yet obiden and the kookookala team blame President Trump for their deadly withdrawal from Afghanistan. Like all Narcissists, they redirect blame and conjure up their own version […]

ARLIN REPORT THOUGHT(S) OF THE DAY

So our military upon Joe Biden’s supposedly approval (we know Joe doesn’t make decisions on his own, he is INSTRUCTED) carried out a drone strike against an ISIS-K planner, possibly killing 2-3. Joe thinks this retaliation some how makes up for the 13 servicemen and nearly a hundred (if not more) Afghans HE got killed in the first place. Biden will be pounding his chest like he did taking on Corn Pop! Big mean Joe! POSSIBLY KILLING 2-3, as the report said “……..we believe the two in the car are dead! They can’t confirm even this?

At first we were told the drone strike killed ISIS-K “high profile” individuals. Then we are told one, possibly two were planners (terrorist attack planners). It would not be difficult to pick out (from the air) ISIS-K groups and launch a drone attack, after all, ISIS AND the Taliban are everywhere in Afghanistan. So, more than likely this pathetic Drone show supposedly ordered by Biden was RANDOM! I can hear Biden’s order to the military in command: ‘Hey folks, just pick a target, any target and kill somebody, anybody……….I need to look good! We’ll tell Americans we have punished the enemy!’ Joe Biden screws up everything he touches, this too will not be the last of what is to come. Our borders remain open to an enemy that can now come and go as they please. The Taliban and ISIS have him by his little male sack!

Extra side note: I have my doubts that this drone strike even happened. Joe Biden, the Biden administration and the Pentagon have lied to us before. Constantly! They found the planner responsible for carrying out the attack on the airport that quickly? Maybe, MAYBE NOT! Like I said, just pick a target, any target. And they carried that out without ANY civilians being killed. Pretty remote area then! My doubts, because Joe screws up everything, has gotten anything right in 50 + years!

I have in the past, (let me make that clear THE PAST) contributed to Republican candidates, those I had confidence in. However, it has gotten to the point where I have no confidence in any, or the few I do, that confidence has shrunk to a little. I am tired of talk. The ones you hear from the most, has been and continues to be just that ……. TALK.

Now it seems, the other side, liberal Democrats think my withdrawal of any funds to Republicans must mean I have become a supporter of the Dems ! They are now asking me to assist them. They all beg for contributions to get themselves re-elected, both Democrats & Republicans do this. Now, Democrats through internet spying know I have dried up any pipeline (as small as it even was) on monetary funds to their opponent. They believe I must have switched over. NOT! LET ME REPEAT THAT! NOT! They disgust me the most!

I am sick of do nothing politicians. Why would I give to those I want to see OUT? Removed! Gone for good!