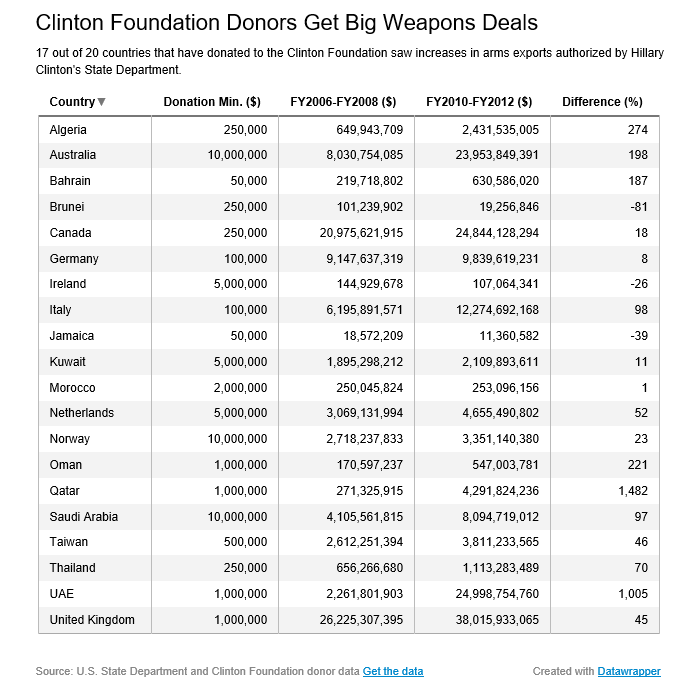 Hillary, as Secretary of State, sold American uranium to the Russians and signed off on weapons deals to foreign countries, but only after they donated money to the Clinton Foundation (CGI). And even though this story has been reported in the NYT, Washington Post, AP, ABC, and a host of others, the elite media simply […]