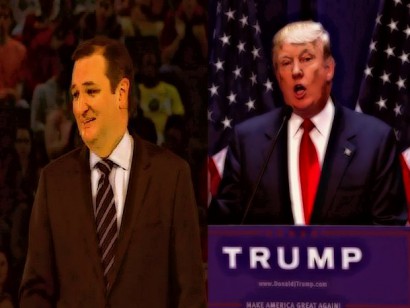 The Democrats, a lost delusional party…….not really in the discussion right now.   The GOP, as deceiving as the Dems, had an opportunity, but their own selfish motives, have brought on anger and distrust among us.  They will be busy keeping their front runner, if she still is, from being indicted.

It won’t be Hillary, Bernie or that other guy that bounces the GOP, the division of the GOP will be of their own doing.   They don’t know what to do, they can’t handle the two rebel candidates within their party.  Screaming “Donald Trump is not a conservative, not one of them” will back fire, especially when all the yelling comes from the elite establishment.   They are the business as usual crowd.

WELL, AMERICA IS WAKING UP, SLOWLY BUT GRADUALLY, AND WE ARE TIRED OF YOU!

What the Republicans and the Democrats for that matter are afraid of can be summed up from a movie quote   “YOU CAN’T HANDLE THE TRUTH.”   This is why they want to shut up and shut down Trump and Cruz.

3 thoughts on “ARLIN REPORT THOUGHT OF THE DAY: GOP”