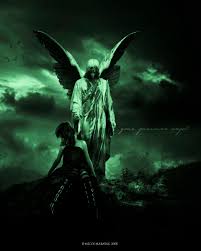 Not the type of headline you would normally see from my blogs.   Sometimes its just good to get away from what you usually write, especially politics.   No, I’m not going to beat up on Obama, Hillary or even her sex offending husband (okay just a little slap there) this morning.  However, the day is not over, but not this morning.

Guardian Angels, you may or may not believe in these spiritual gifts from God, depending or your faith or belief.  I happen to very much believe and am not afraid to say so.

Have you ever wondered why you may have done something you would not have otherwise?   Maybe you always took a certain route, but were for no known reason drawn to another direction.   Maybe you just had a feeling or decided to do something different.   Sometimes you might discover something you may not have before, but you were swayed by a gut feeling.  Whatever it was!  You might discover something about yourself.  Here is my story:

It was a weekend about 4-5 years ago; I had taken a bottle of Gatorade from the back of my car, it had been there for a couple of weeks.  Normally, I would have thrown the Gatorade away, since it had not been refrigerated.   For some reason I placed the bottle in the fridge, then went out and did several hours of yard work.

It was a fairly warm day in November.  I had built up a sweat after a few hours of raking and landscaping when I took a break.   I was inside for a few minutes, when I decided to go to my favorite art supply store.   As I went out the door I grabbed that now cold bottle of Gatorade from the fridge.  I jumped in the car, removed the cap from the bottle, chugged the Gatorade down and at first taste it was great, quenching my thirst.   Before I had completely backed out of the driveway, my throat was burning, it was on fire.   I continued backing out and drove on as the burning subsided.  For a brief moment I felt fine.   Then I started sweating, got the salty taste and a little chest pain.  I continued the drive, you know “got to be a macho man”.   These new symptoms weren’t going away……then I started getting an upset stomach.  It dawned on me I might be having a heart attack. I thought about driving directly to a hospital, one was within a half mile from me.   Suddenly I started feeling better.   I went on to the supply store.   I was shopping for supplies, but didn’t really feel myself.   Quickly got what I was looking for and couldn’t get home fast enough to lie down for just awhile.

After a brief nap, I got up and felt much better.   My girlfriend and I went to a dinner party that same evening.   Our friends had a blood-pressure instrument, my pressure was sky-high.   I’ll deal with it tomorrow………I was feeling better!!!

I went by a pharmacy on my way to work the next day, my blood-pressure was still high.  I called my doctor when I got to my office.  They told me to get my butt to the nearest hospital.   I was downtown St. Louis, I wanted to go to a hospital closer to home, so I drove the 20 miles to get there.

To make an already long story shorter; the emergency room saw something in my EKG, that didn’t look right, not bad, just not right.  Now, I was at one time a Cardiology Technologist.  Anything that doesn’t look right, is something, maybe not that bad, but still not right.  I was admitted.   A Cardiologist came in and listen to my heart. “Did you know you have a murmur?”  No, I said, I was 57 years of age at the time…….I was never told that before.

The doctor ordered an echo-cardiogram.   I had a bicuspid aortic valve.   Your aortic valve should be tri-cuspid.   I have a two flapper valve, was born that way.  Now, due to age it is leaking, which is typical for someone with a bicuspid aortic valve at my age.   We monitor it regularly, more frequently the older I get.   At some point, I will have the valve replaced.  Right now, not a problem, but the leak is getting progressively worse.   Yes, I also take heart meds.

The point I really wanted to make; I probably would not know yet today about my heart birth-defect if I had not put that bottle of Gatorade in the fridge and drank it later.   About that bottle, the heat of being in my car caused toxins/chemicals from the plastic to enter the drink.  I had accidentally poisoned myself, which mimicked a heart attack.

I am convinced my Guardian Angel, whispered in my ear or some other way got me to put that bottle in the fridge.   I believe things happen for a reason.  I believe we sometimes do things we wouldn’t normally do, except when we are guided by a spiritual presence.   I believe!

14 thoughts on “I HAVE A GUARDIAN ANGEL: He is doing his best to keep me around!”