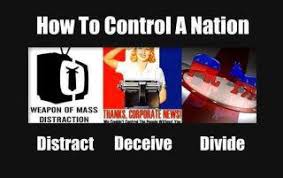 It is all coming together now; Obama a follower of Saul Alinsky and the Bilderberg Group’s adoption of many of the Alinsky doctrine.

The Bilderberg Group’s ultimate goal is global control.  On their agenda to acquire this goal is DEPOPULATION.  That is not paranoia speaking on my part America, that comes from the closing remarks of the group’s leader from the Annual Meeting of the Bilderberg Group held May 29 – June 1, 2014 in Denmark.   Some of the world’s current events are certainly backing this claim; two openly clear events of racial tension in the U.S. and the Ebola epidemic.

That would explain Obama’s agenda as well, along with executive orders; open borders, the DOJ mishandling of Ferguson, Obama’s attitude on quarantine of those returning to U.S. from Ebola infected Africa;  plus who knows what else?

Please note; Obama and Hillary Clinton met (very secretively) with the Bilderberg Group during their 2008 Annual Meeting held in Virginia.

You can also check by googling (from all places) the membership of the Council on Foreign Relations.

YOU DON’T WANT TO TAKE MY WORD FOR IT; READ THE QUOTES BELOW FROM THE CLOSING REMARKS OF THE 2014 ANNUAL MEETING OF THE BILDERBERG GROUP’S CHAIRMAN

“It is the triptych. economic collapse, civil war and massive epidemics. The use of these three tools should allow us to eventually reduce the world population from 7-10 billion inhabitants. We think that to reach our objective of 500 million human beings alive is illusory and that in spite of all our efforts of reduction, pockets of survivors will remain almost everywhere throughout the planet. Nevertheless, these pockets should not raise us of major problems, at least at first because of their disorganization, their isolation and their incapacity to master all the techniques if only current because of their weak number should limit considerably their power of nuisance. We think that in some years many will disappear and that little who will remain will return more or less quickly to the wild in a few generations. Any group that threatens us is, in all cases, treated quickly.”

“Blacks against whites in the USA, Muslim against Christians in Europe, these civil wars will have the immense advantage to destroy the people without confrontations between degenerate countries into nuclear power world war . Finally, when the wars will destroy countries, we shall take advantage of it to amplify the distribution of viruses such as our project of e-bola 2.0 modified genetically which we test at present with efficiency because we obtain invaluable epidemiological, sociological data (behavior of the individuals in front of the disease) but we also visualize our capacity to saturate systems of care which will be already considerably degraded, in every case, by the civil wars which we shall have created on the example of the war between the two Ukraines.”

All of this mess we are in was and continues to be created by the elitists who think they know what is best for us; which is only what is in their best interests.    I will continue to present more news and evidence to keep you informed.