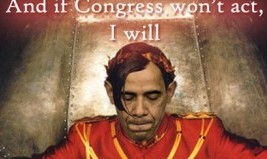 Everyone mentions Narcissism, so who are they!

Most of Congress, the current administration could easily be diagnosed with Narcissism.

Is this a general personality trait of elected officials?  Hopefully not one that is required.

I would be doing a disservice here if I didn’t mention one potential 2016 presidential candidate that has all the below SYMPTOMS of this personality disorder.    HILLARY RODHAM CLINTON:  You knew it was coming!!

In order for a person to be diagnosed with narcissistic personality disorder (NPD) they must meet five or more of the following  symptoms:

12 thoughts on “NARCISSISTS, WHO ARE THEY?”